Terran Kirksey's love for weather led him from Huntsville, Alabama to The University of Oklahoma (OU) where he earned a Bachelor of Science degree in meteorology. 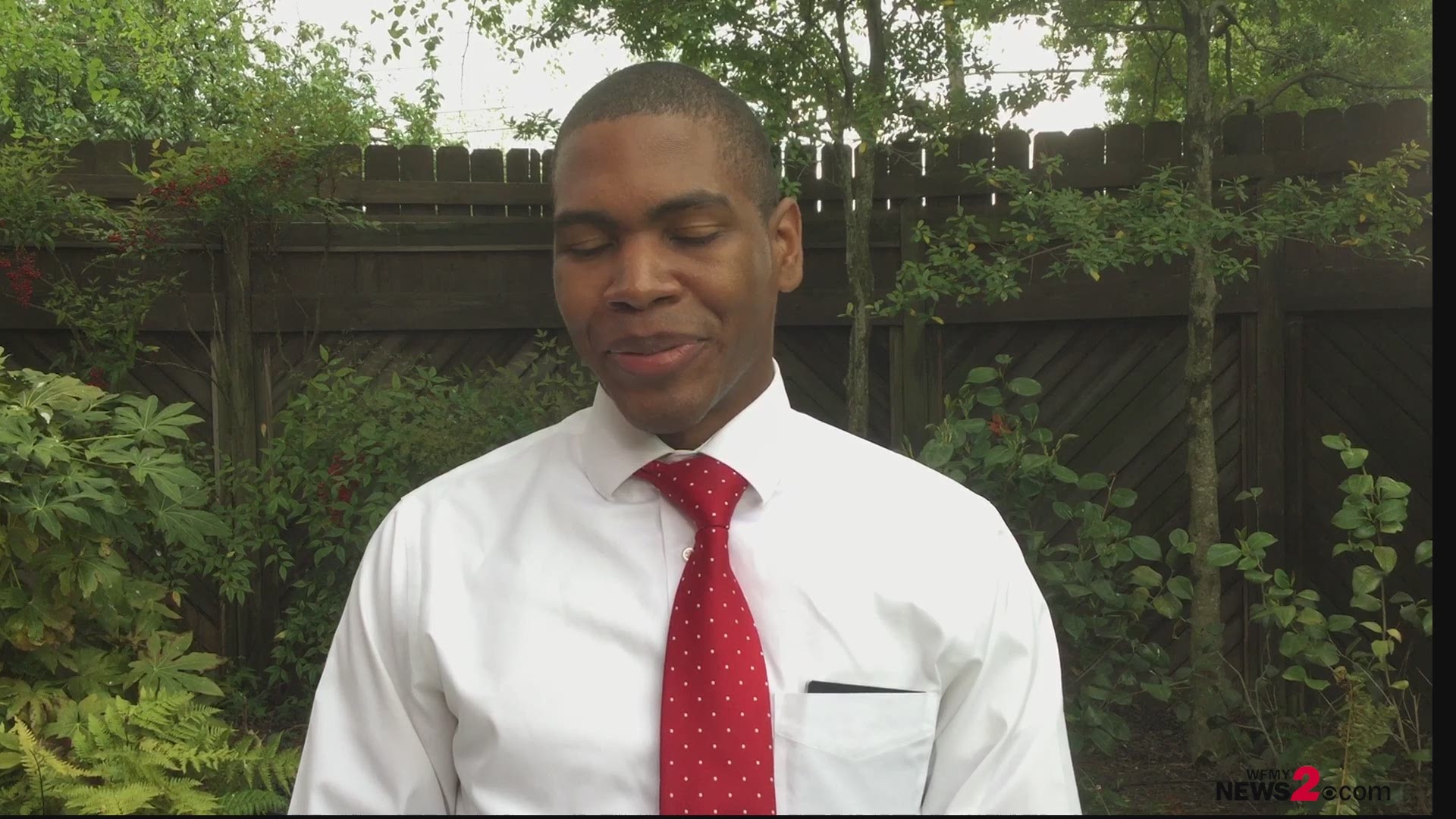 GREENSBORO, N.C. — Terran Kirksey is a meteorologist for WFMY News 2 and has always had an insane passion for weather.

That love for weather led him from his hometown of Huntsville, Alabama to The University of Oklahoma (OU) where he earned a Bachelor of Science degree in meteorology with a minor in mathematics.

While in Oklahoma, he had a front-row seat to all kinds of wild weather. From flooding to blizzards to tornadoes, he’s seen it all. He’s even been storm chasing! To date, he’s witnessed over 20 tornadoes up close.

Also while in Oklahoma, in addition to his experience storm chasing, he also performed research using the next generation of weather radar.

Since he loves science and learning so much, he decided to go to Mississippi State University, where he earned a Master of Science degree in Geosciences with a concentration in Applied Meteorology.

Professionally, he’s worked as a broadcast meteorologist in Texas, Tennessee, Mississippi, & Alabama. In his career, he’s covered everything from tornado outbreaks to earthquakes.

North Carolina is full of unique weather, and he is looking forward to the challenge of forecasting it all! He’s an AMS Certified Broadcast Meteorologist (Seal #660), which is the highest distinction provided by the American Meteorological Society.

Outside of meteorology.....he loves good BBQ and he’s a huge football fan. Oklahoma Sooners, Mississippi State Bulldogs, and Tennessee Titans to be exact. He also enjoys spending time with his wife and their dog, Stormy. If you see him out and about, say hi!

And it probably won't come as a surprise that Terran's dog is named Stormy.