The CBS hit show will feature a father son duo with connections to the Triad this year. 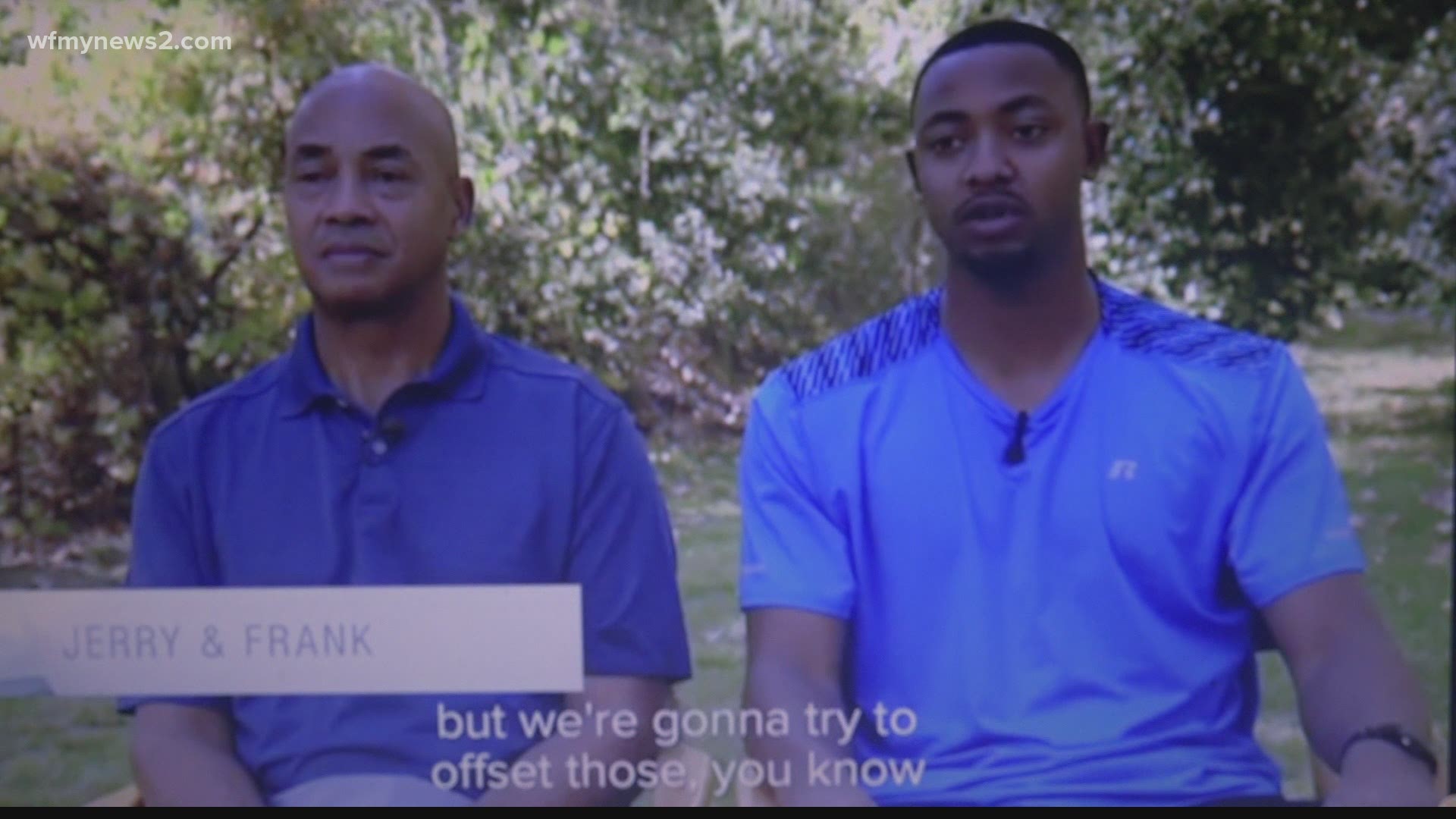 A pair of contestants with connections to Greensboro are competing.

The father and son team didn't even apply to get on the show.

Jerry and Frank Eaves are from Louisville, Kentucky but both spent a more than a decade in Greensboro.

“Back in 2003 I was given the opportunity to coach at one of the greatest institutions in the country , North Carolina A&T,” said Jerry Eaves.

They didn't seek out their chance to be on the show, it just happened out of nowhere.

It's not everyday you're hand picked to take part in a reality show millions dream to be on.

“The opportunity just landed in our lap. I was in Vegas with the owner of my current job. His wife was good friends with the casting lady,” Frank said. “She was like you're a handsome young man, would you and your dad want to be on the amazing race? I'm thinking she's just kidding.”

It was no joke, weeks later they flew out to LA and auditioned.

“We didn't make it the first time,” Frank said.

But a second opportunity came there way to take part in season 32.

“She said we want to give you another shot," Jerry said. "And the next thing you know we're on the race."

Frank and Jerry embarked on a journey of a lifetime with 10 other teams competing to win a million dollars.

They’re up against retired NFL players and track and field Olympic medalists.

“I have a bad knee and hip replacement and we were sprinting everywhere,” Jerry said. “It was crazy.”

The Eaves said the opportunity wasn't just about the money.

“It was good to slow down and take this in,” Frank said. “I was like I don't want to take it for granted. I want to remember it and talk about it the rest of my life.”

They couldn't give any spoilers, but hope those watching from the Triad root them on.

Season 32 was filmed before the coronavirus pandemic.