Dram and Draught and other Triad bars offer to-go cocktails for those celebrating on New Year's Eve. 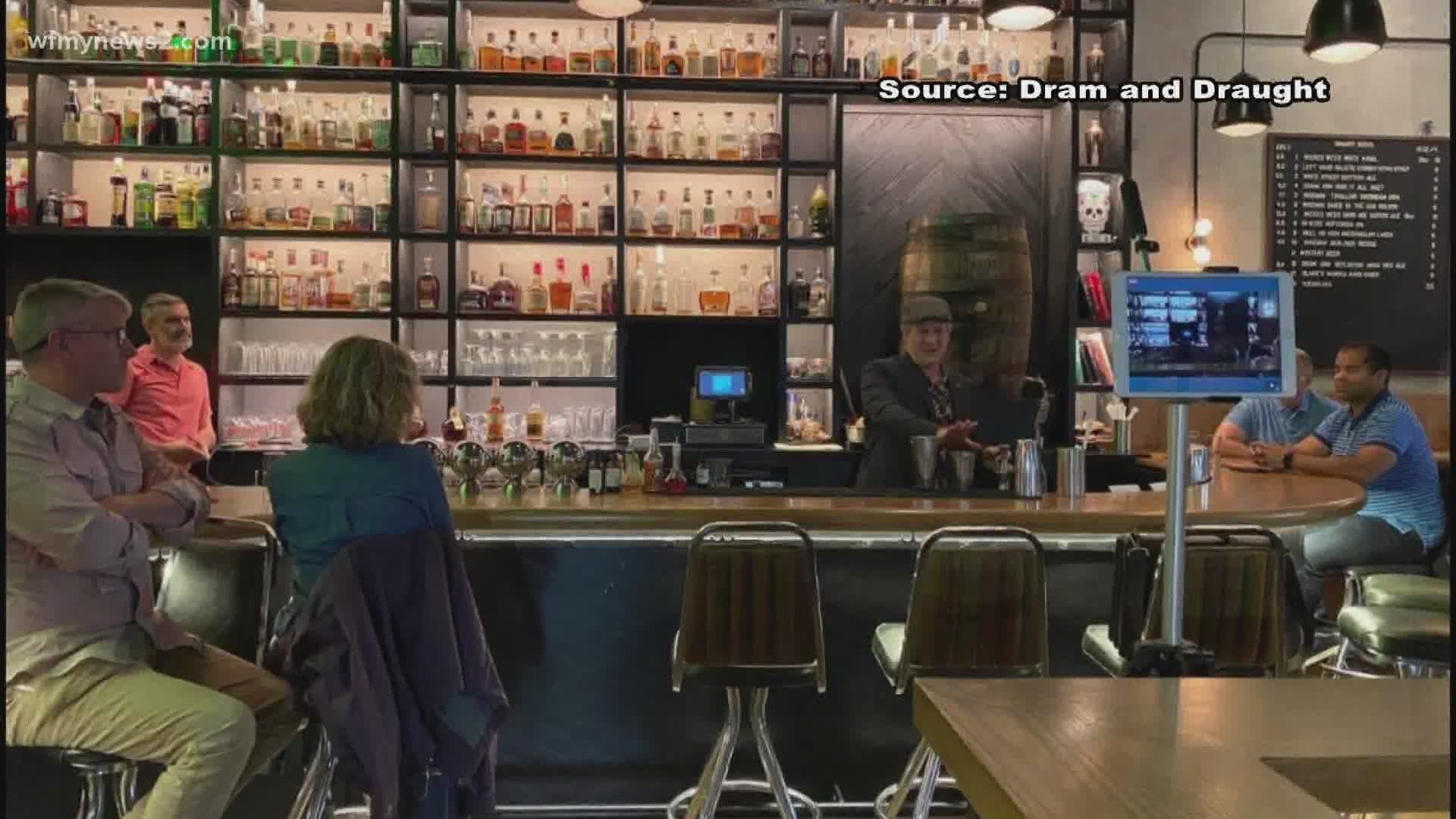 GREENSBORO, N.C. — We’re use to seeing packed bars and large crowds on New Year's Eve, but Governor Roy Cooper has a request for North Carolinians this year.

“Our collective new years resolution should be keeping each other safe in 2021,” Cooper said. “Most North Carolinians worked hard to care for one another in 2020, let's continue those efforts and keep that spirit going.”

So instead of large crowds, we'll see things like cocktails to-go, that Governor Cooper made possible by signing an executive order in early December.

Even with the to-go cocktails, Triad bars and restaurants are still seeing a drop in sales.

2020 has been rough for the restaurant and bar industry.

And on what should be their most lucrative night of the year, they'll take another loss.

“Business wise, it'll hurt us but at the same time, I'd rather be on the safer end," Pettigrew said. "We don't want to compromise our weeks to come for a night  of fun."

Pettigrew said they’re limiting capacity inside and they encourage folks to celebrate with them on their patio or grab a New Years cocktail kit to take home.

“You can get French 75 or French 76 with a bottle of Prosecco so each one of the bottles they can make up to 6 cocktails,” Pettigrew said.

40 to-go orders had come in since they posted about it on social media Wednesday.

But the cocktail kit sales stop at 10 p.m. because of the statewide curfew.

As far as money goes, Pettigrew said there won't be much to celebrate.

“We will definitely lose money this time around,” Pettigrew said.

Over in Winston-Salem Fair Witness cocktail is canceling their festivities.

“Instead of having a champagne toast and balloon drop which we usually do we'll just be inside,” said Fair Witness co-owner William Stewart. “Just me and the other co-owner maybe making to go cocktails for folks to take."

Stewart said ringing in the new year like this is disappointing.

“New Year's Eve typically is the last point before you have this long dull stretch for bars until Valentines Says so it’s going to be a pale invitation of its former self,” Stewart said.

Stewart said anything helps with so many restrictions.

As a reminder, if you do get your drinks to go -- they must be properly labeled and sealed.