‘I feel like I’m home’ | Rapper Wale on growing up in the DMV, fame & music

When 35-year-old Wale came home for an October performance to promote his sixth and latest studio album "Wow…That’s Crazy," fans were thrilled. 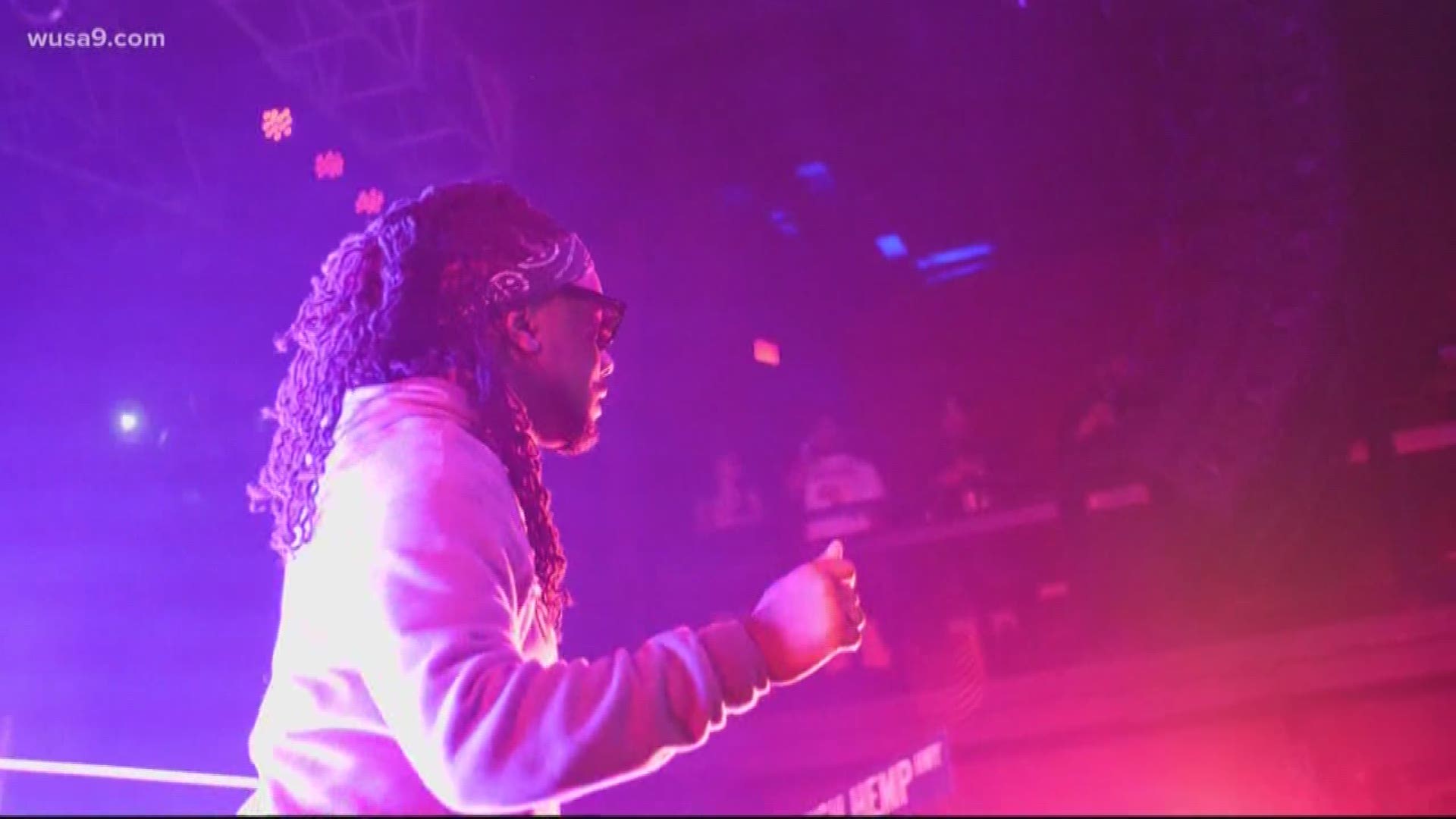 WASHINGTON — If there’s one thing anyone can learn from Wale, it’s dare to dream. He did and never gave up, even when fame tested him.

When Wale, 35, came home for an October performance to promote his sixth and latest studio album Wow…That’s Crazy, fans were thrilled.

Under multi-colored lights that illuminated the stage, fans sang and danced to classic hits like “Pretty Girls” and newer singles like “On Chill,” which hit and held the top spot for several weeks on Urban Radio before his album came out.

It was a packed house at the Fillmore in Silver Spring, Md., where it is common for the D.C. native to sell-out shows. We caught up with him for an exclusive interview before his set.

"I feel like I’m home," said Wale, while sitting on a couch in his dressing room. "My phone is ringing 10 times as more…it's weird," he laughed.

The multi-award-winning rapper has accomplished a lot since the release of Attention Deficit, his debut album just over a decade ago. In 2013, he received a Grammy nomination for "Lotus Flower Bomb." He has also had multiple platinum singles.

On the outside, one would say Wale is living the dream, but in his world, few may recognize the price that comes with it.

From friendships that faded to business deals gone wrong, the D.C.-born rapper has experienced some growing pains with fame over the last 10 years.

"It’s tough because you want to save the world, save your friends, save the family, but everybody can't go,” he explained. “That’s just the nature of the beast."

For years, Wale has shared snippets of his life with fans through his eclectic styles of music. In the past, he has talked about depression and anxiety while adjusting to fatherhood. At one point of reflection, he said it all hit him at the same time.

"Having a daughter, having my album not perform well, being in legal battles over my finances all at the same time, it was tough for me," Wale said. "I didn't know if I could bounce back. In retrospect, I didn’t know."

Wale was born as Olubowale Victor Akintimehin, but goes by his nickname. His parents were Nigerian immigrants who fell in love at the University of the District of Columbia. Wale, who was born on Sept. 21, 1984, described them as hard workers.

Wale and his brother were raised in D.C. and Montgomery County, Md. Most of his teenage years were spent at Mark Twain, an alternative school in Rockville that closed years ago. He was there because of behavioral issues. He credits a couple of teachers and his "Coach Mike" for keeping him on track.

"I still talk to Coach Mike. He's the one who got me out of the program. He put his hand on my life. I don't know why, and took a chance on me," Wale said.

Before the music, there was football. Wale was a talented teen on the gridiron. He was able to prove it when he transferred to Quince Orchard High. When graduation rolled around, he said he had several scholarship offers to play football. So, he did.

Photos: A trip down memory lane with Rapper Wale

1 / 4
Montgomery County Public Schools
The picture of the Track and Field team. Wale is sitting on the third row from the bottom.

For a short time, Wale played at Robert Morris University, then transferred to Virginia State University. Eventually, he ended up at Bowie State University where he decided to pursue his dream in music.

Wale remembers the first time he recognized his gift.

"I was no older than 19, 20, and I was freestyling on a train. Everybody started circling around me and telling me about it."

During his time at BSU, Wale formed connections. He recalls an opportunity to meet rap mogul Jay-Z around the time a paper was due.

"I took the greyhound to meet with HOV [Jay-Z] and I had a paper to write and I had to ask myself like, 'Yo, you're meeting with Jay-Z. Is this really a thing?' I remember I tried to write something really quick, type it up. I got like a D plus on that joint."

In 2006, Wale made a name for himself when his song "Dig Dug" (Shake It) became popular throughout the region. 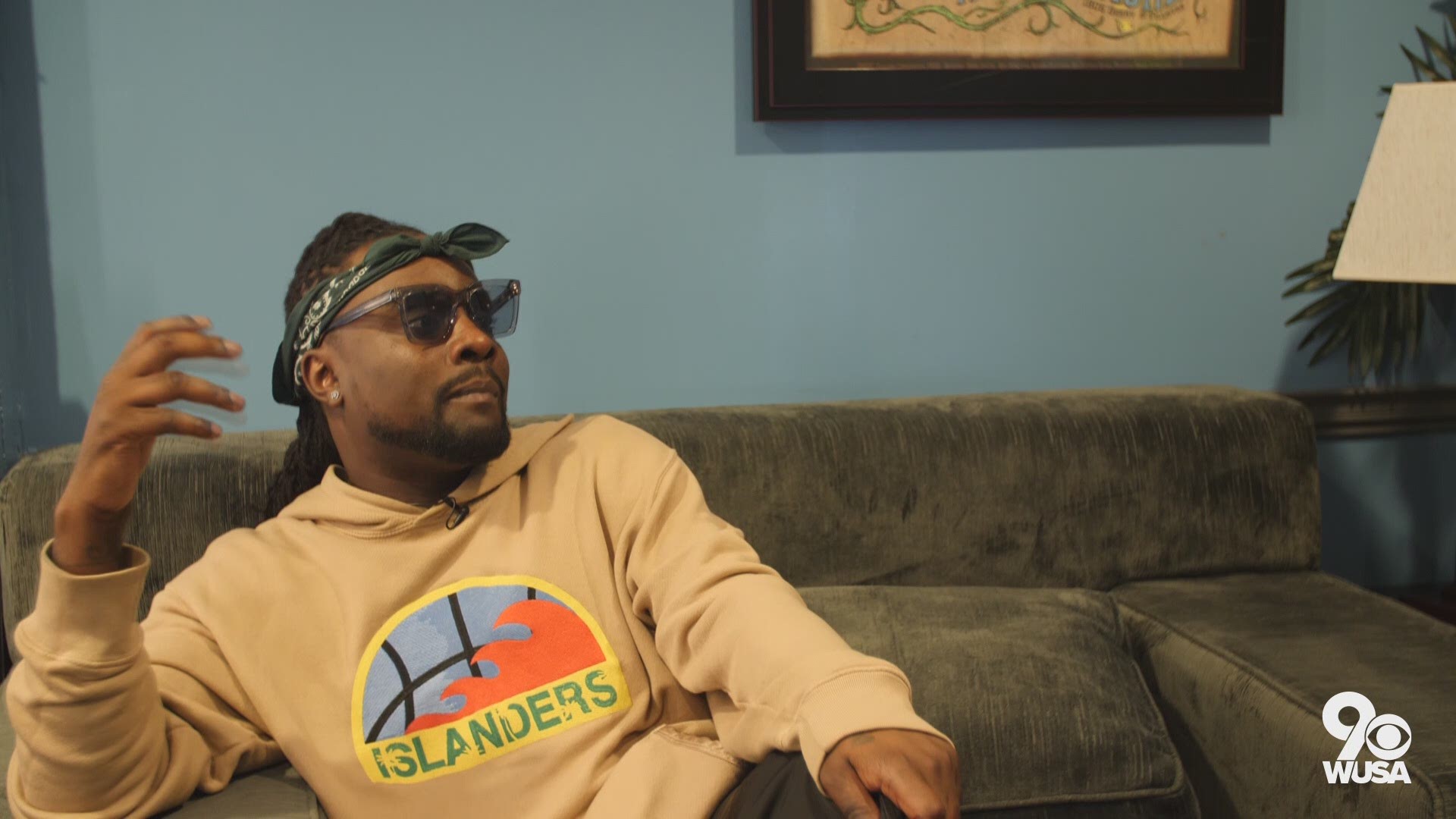 His love for go-go music turned into support for a movement that grabbed national attention.

In April 2019, Don’t Mute DC emerged following a complaint issued by a new neighbor over go-go music at the Metro PCS store in Shaw. It sparked outrage and caught Wale's eye.

RELATED: Go-Go Awareness Week is almost over, but go-go culture is here to stay

The store, known for blasting D.C.’s indigenous music since the 1990s, was ordered to turn it off. The controversy led to rallies and conversations about protecting D.C.’s music and culture.

At the BET Awards last year, Wale beamed with pride when the show raised awareness about it.

"I just felt like our voices are finally being heard," Wale said. "When I saw it go mainstream at the awards, I was front and center. I was just proud."

“I think it’s only the beginning to be honest," he added.