Dolly Parton Says There's No Time For Vacation, She's Still Working 9 to 5, and Then Some!

Dolly shares updates on the 9 to 5 sequel, her Netflix series that she hopes to premiere at Dollywood, and why her hubby Carl Dean loves her, but not necessarily her music. 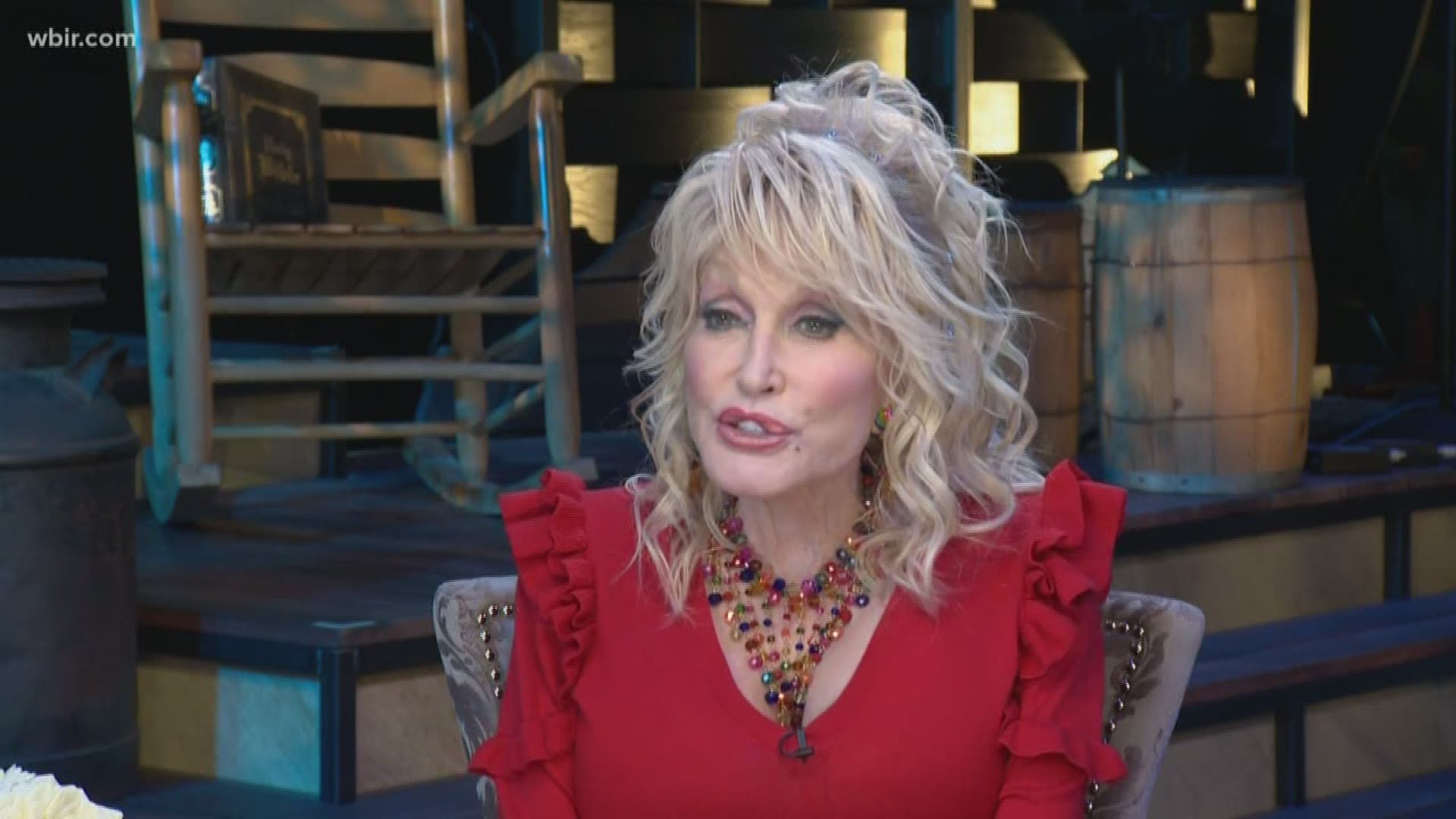 Beth: "Congratulations on the new season. Festival of Nations is always a highlight as Dollywood opens for a new year."

“We always feel so blessed to have people from all over the world, makes you feel that if you can’t travel, or have the time or money to travel, go, we just bring the world to you so everybody seems to enjoy it.  I do too. I really feel connected to the whole wide world and that’s what we hope everybody experiences when they come to see it."

RELATED: "Music is truly an international language" | Dolly kicks off Festival of Nations event at Dollywood

Beth:  "The theme park will celebrate its largest expansion ever when Wildwood Grove opens May 10th.  You've mentioned before Dollywood is planning a second resort.  Any updates?"

Dolly: “Yes, we are planning some new resorts. We’re in the planning stages now for our second one because DreamMore Resort has done really great, it stays booked all the time. The food is great. People just love it. We‘re definitely going to expand and we’re working on the second one now and hopefully down through the years we’ll add more and more."

Beth: "We have to talk about the Grammy Awards. What an incredible weekend as the music industry honored you as 2019 MusiCares Person of the Year!

RELATED: Dolly Parton honored as MusiCares Person Of The Year

Dolly: “All of these great artists performed all the songs I had written or had a part of and I just got to sit there and enjoy it. I just loved every minute of it. MusiCares awarded me the humanitarian award for the Smoky Mountain Rise telethon we did here in Tennessee to raise money after the wildfires and Imagination Library. So, I got a lot of credit for a lot of stuff that a lot of people helped with.  And, during the Grammy's, they did a tribute to me where I got to sing with wonderful artists from Katie Perry to Miley Cyrus. It was just a wonderful, long weekend.  And then, we got on the jet and went to London where 9 to 5: The Musical opened at the Savoy Theatre."

RELATED: Dolly Parton's 9 to 5 musical goes across the pond

Beth: "Last year, your songs and namesake were featured in the movie "Dumplin'" produced by Jennifer Anniston on Netflix. Were you pleased with the film?"

Dolly: “I think it turned out really well. It was uplifting and inspiring for young girls, a wonderful message that beauty comes from within and we can all do anything we want to do if we try hard enough. I was flattered they mentioned my name in that and even more so they used my music.”

Beth: Speaking of Netflix, you announced a new 8 episode film series you were producing with the streaming service based on your music.  The first is Jolene starring Julianne Hough.  When will it release?

Dolly: “We’ve already done the eight shows.  They’re going to start showing them in the fall. Hopefully, we'll have a premiere here at Dollywood of the eight shows when they drop them world-wide. I’m also working now on a Christmas musical.  I've written all the music for it. The musical is called "Christmas on the Square" and will also air on Netlflix."

Dolly: "I don't know if we’ll get to it this year or not. If so, it will be later this year. But, it’s coming. We’re definitely going to do be doing it if we don’t kick the bucket before the get it ready for us."

Dolly: “He’s doing fine. He’s dying for spring to get here so he can get over to the barn and do some mowing."

Beth: "I loved your recent comments that Carl Dean isn't fond of your music. He prefers rock music."

Dolly: "He’s always been supportive of me, he loves me to death. But I'm not his favorite artist, I’m his favorite gal. He loves Led Zeppelin. When I did a version of "Stairway to Heaven," he didn’t like it.  He said, 'You shouldn’t have done that song.' I said, 'It’s not Stairway to Heaven, it’s stairwell to hell.”