Dolly Parton shares why she doesn't ride the rides at Dollywood

Not only is the country star seeing another season opening of her theme park, but she's also seeing a milestone in her book charity and working on a new movie. 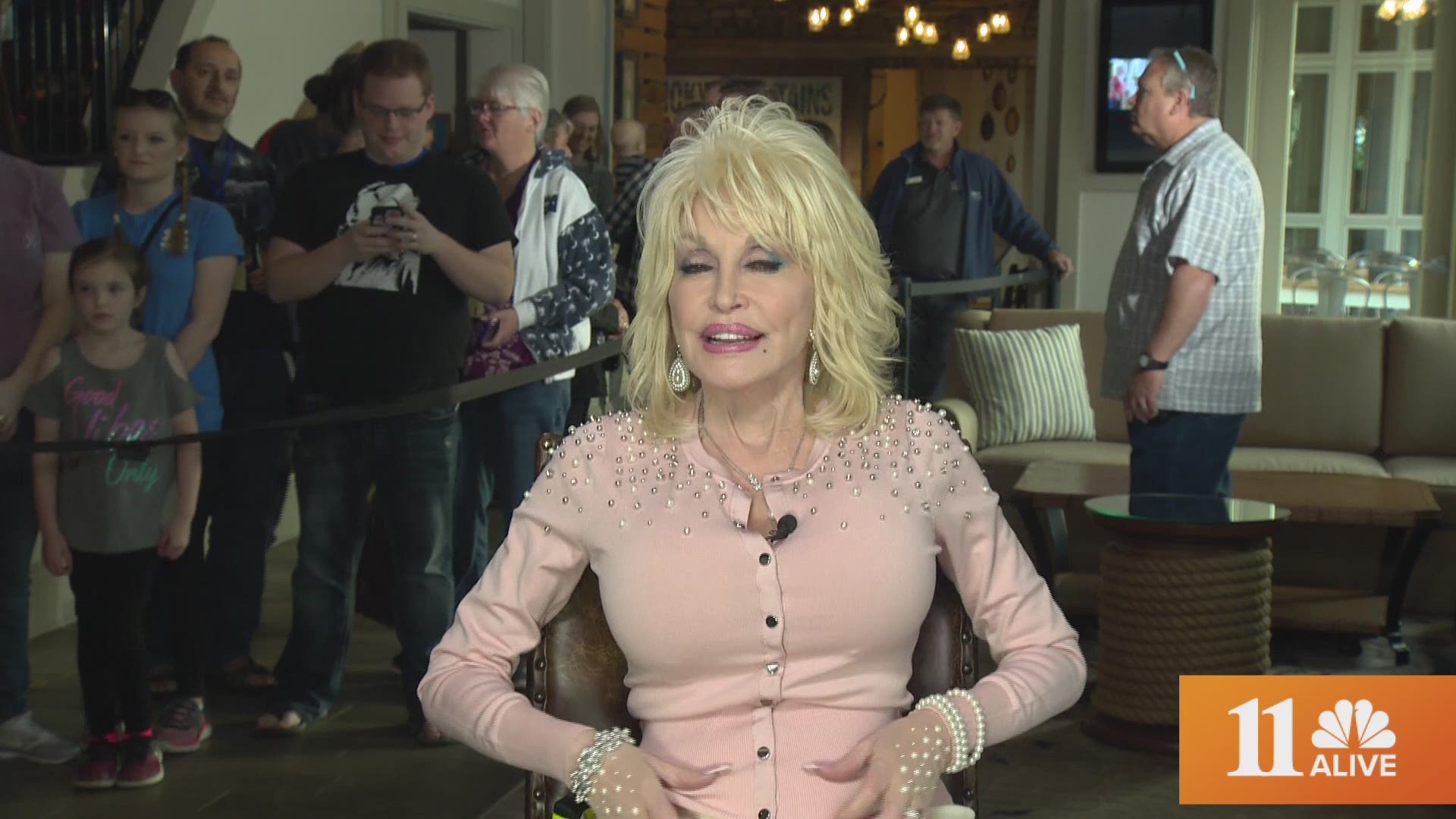 Dollywood opened for the 2018 season and, of course, the famous and glittery Dolly Parton was present during the grand opening.

This is the 33 season for Dollywood and Parton talked with 11Alive about how this year's focus is entertainment and how excited she is for the season opening.

“Opening day is always chaotic for me but it’s always fun. It’s like one of those things where they work me too hard but I love every minute of it because it’s always exciting to see a new season come along and to think about how long we’ve been here and see all the changes that we make year in and year out. So it’s really a wonderful feeling.”

In an interview with 11Alive's Jennifer Leslie, Parton addressed her fear of riding on the theme parks many rides - with humor,

“Well, I have to be honest with you, I don’t ride the rides. I always make jokes, but it’s the truth too. I have too much to lose, like my hair. Or other parts of me that might not do well in that kind of high speed,” she said.

"We've really grown through the years. It's been amazing to see every year, how it's grown and all the different things we add to the parks. So, I'm always excited to see how the fans respond and how they take to all the new additions and all the things we have for them."

The 2018 season opening of Dollywood is not the only thing Parton was excited about.

Parton also spoke about her upcoming movie Dumplin', starring Jennifer Aniston. The movie, which shot some scenes in Atlanta, is based off of a book that was written in honor of Dolly Parton, who will also be composing new music for the film.

The renowned country singer and philanthropist is also celebrating the 100 millionth book that has been donated by The Imagination Library, a book gifting program that mails free books to children from birth to the age of five. The books are delivered all over the world.

The beloved starlet has many projects and events happening now and in the works, but she has no intention of slowing down,"No, I hope to never slow down. That's what I told Lilly and Jane, we better get after this movie now. It was 9 to 5 now it's going to be 95. I don't ever want to retire, I've got too much to do, I ain't got time to get old. I've got too much to do."