The annual five-day convention brings in more than $147 million in economic activity to San Diego County. An estimated 130,000 people attended this year. 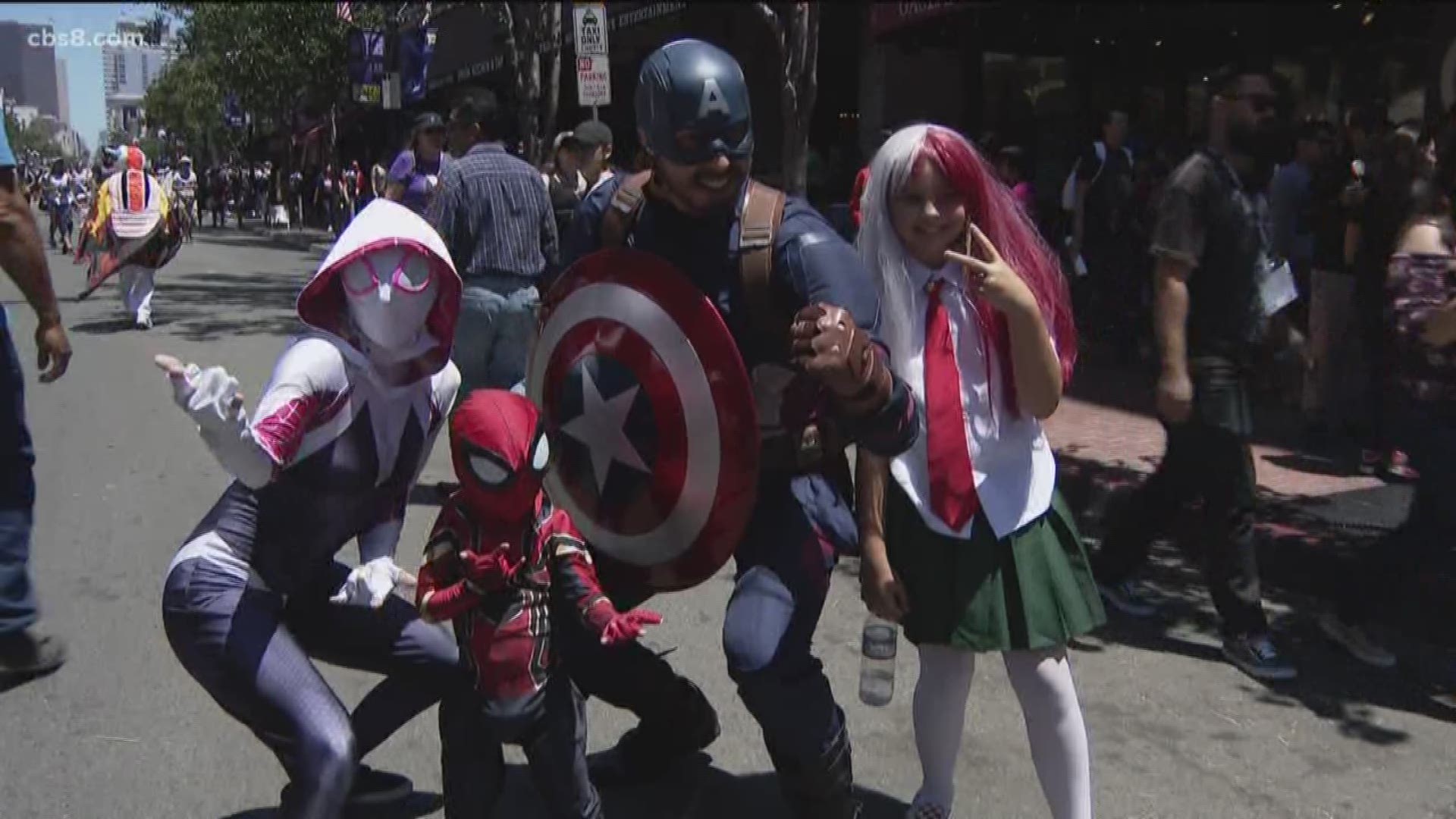 Panels continued through the afternoon with additional events including the San Diego International Children's Film Festival and a memorial for former Comic-Con President John Rogers, who died in November at age 57.

Events were also held at Petco Park, the Theatre Box, the Hilton San Diego Bayfront, the Manchester Grand Hyatt and the Balboa Theatre.

Harbor Drive was slated to be closed to all non-foot traffic from First Avenue to Park Boulevard from through 8 p.m. to accommodate the convention's large crowds. Local transit agencies like the Metropolitan Transit System and the North County Transit District as well as Amtrak offered increased service to and from the convention center to make up for the closures.

The annual five-day convention brings in more than $147 million in economic activity to San Diego County. An estimated 130,000 people attended the festival this year.

RELATED: Headed to Comic-Con 2019: Here's what you need to know