Several big names will be taking the stage in Charlotte as big live music venues open to thousands of fans. 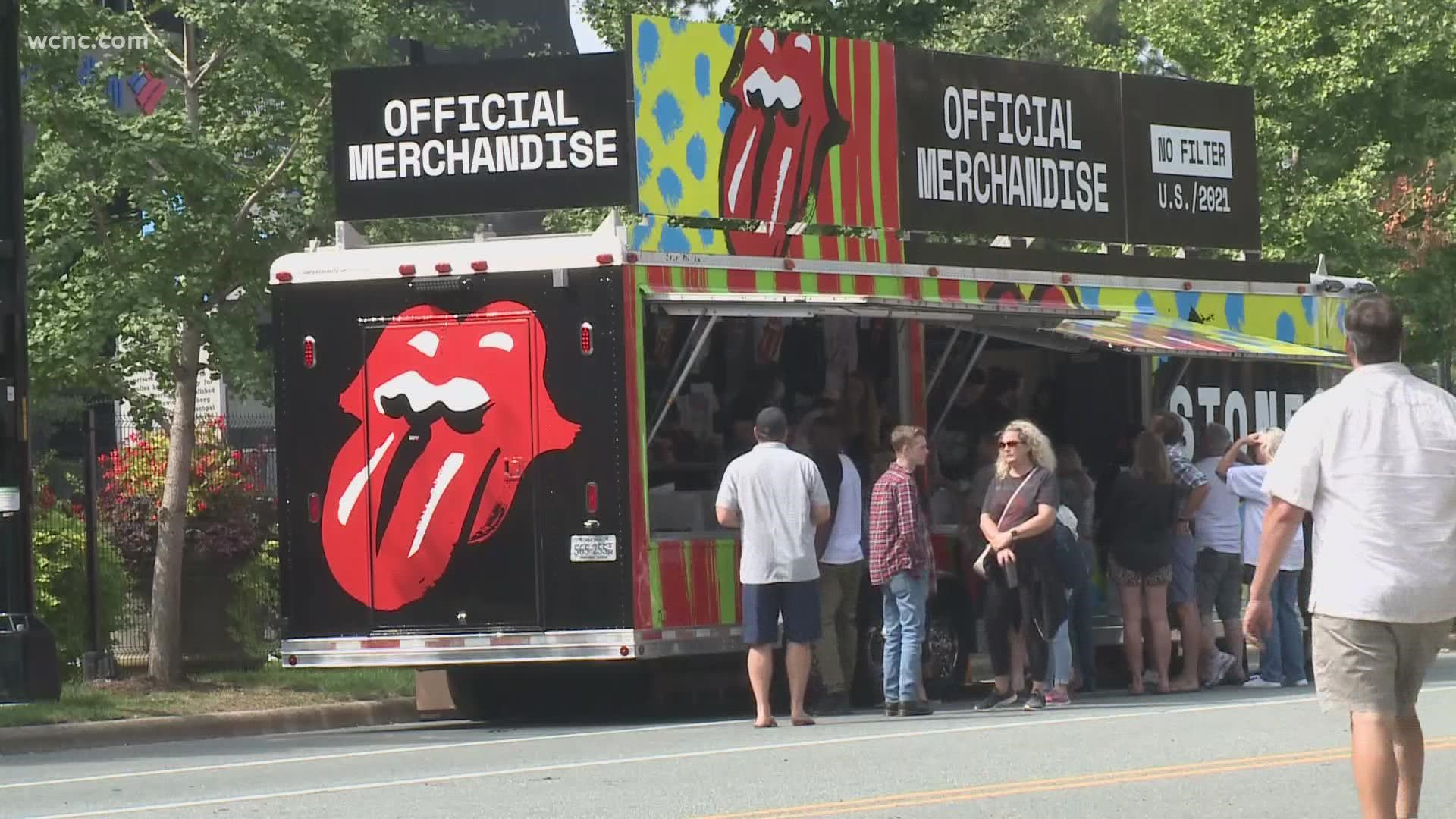 CHARLOTTE, N.C. — Concerts are back in the Queen City this weekend.

Among the big names in Charlotte: The Rolling Stones are playing Bank of America Stadium Thursday night, Brooks & Dunn are at PNC Music Pavilion Thursday, and Breakaway Music Festival is happening at Charlotte Motor Speedway on Friday and Saturday.

Some fans drove hundreds of miles for The Rolling Stones concert at Bank of America Stadium.

“We’re from Philadelphia, so we drove eight hours,” fan Michael DiRuscio said. “We left at 3 a.m. and drove all the way up here just to see our favorite band, The Rolling Stones.”

Roy Wilson came all the way from Long Island and waited hours in line to be one of the first to get into the concert. Wilson said he’s attended roughly 30 concerts of The Rolling Stones over the years, and it was something he missed during the pandemic.

“We’re celebrating that we made it through the pandemic and that we can enjoy music again,” Wilson said.

Mick Jagger, the rock band’s frontman, even made a stop at one of Charlotte’s most famous local dive bars, the Thirsty Beaver Saloon in Plaza Midwood, according to a picture Jagger posted on his social media accounts in front of the bar.

RELATED: Mick Jagger was 'out and about' in Charlotte. Here's where he wound up

Brian Wilson, co-owner of Thirsty Beaver, said he’s a huge Rolling Stones fan and has been to several shows. He didn’t know Jagger had been to his bar until he woke up to several texts.

"I didn't find out till this morning that he was here like everybody else did,” Wilson said. “I guess he was super incognito about it, and you know, I guess if you want to get away from everybody and just hang out, the Beaver is where to come because nobody's going to be in your business."

Wilson has plenty of albums from The Rolling Stones in his jukebox, but Jagger was able to hang out in the hole-in-the-wall spot without being recognized.

"In the photo, there's a couple people sitting to the right of him that have floor seats for tonight's show,” Wilson said. “So I'm sure they're kicking themselves for not paying a little more attention to the young gentleman standing beside them."

Wilson said he has tickets to The Rolling Stones concert at Bank of America Stadium and hopes Jagger and the band hear his message to them about an after-party at the Thirsty Beaver.

"We're going to go ahead and set up a few instruments in case they want to come by for an after show,” Wilson said.

Breakaway Music Festival makes a comeback in the Queen City

Breakaway Music Festival is putting the finishing touches on its concert stage at Charlotte Motor Speedway as it prepares to host 30,000 people over the two-day festival.

"I could not be more excited to be here right now,” Adam Lynn, co-founder and president of Breakaway Music Festival, said. “This is our final Breakaway of the year. It's going to be our biggest Breakaway festival ever."

Last year, the festival had to be canceled amid the pandemic, but Lynn said the company and people that are a part of it persevered through to this year’s events.

"You don't really know what you're missing until it's gone,” Lynn said. “And I think people were really, really missing concerts and music festivals, and I think that's why we're going to have the most people we've ever had."

Lynn said tickets are still available, but they are going fast, and wouldn’t be surprised if the festival is a sellout.

Lynn said he believes the economic impact from the festival will be huge, with hotels filled and restaurants across the area packed.

He said he can’t wait to see the crowd of people come in to enjoy all Breakaway has to offer and live in the moment of what this festival represents after a tough year.

"To bring these kinds of experiences back to people, it's going to be remarkable,” Lynn said. “And I'll be standing right up there watching down and just taking it all in."

RELATED: CLT Happenings: 11 ways to enjoy this weekend in Charlotte 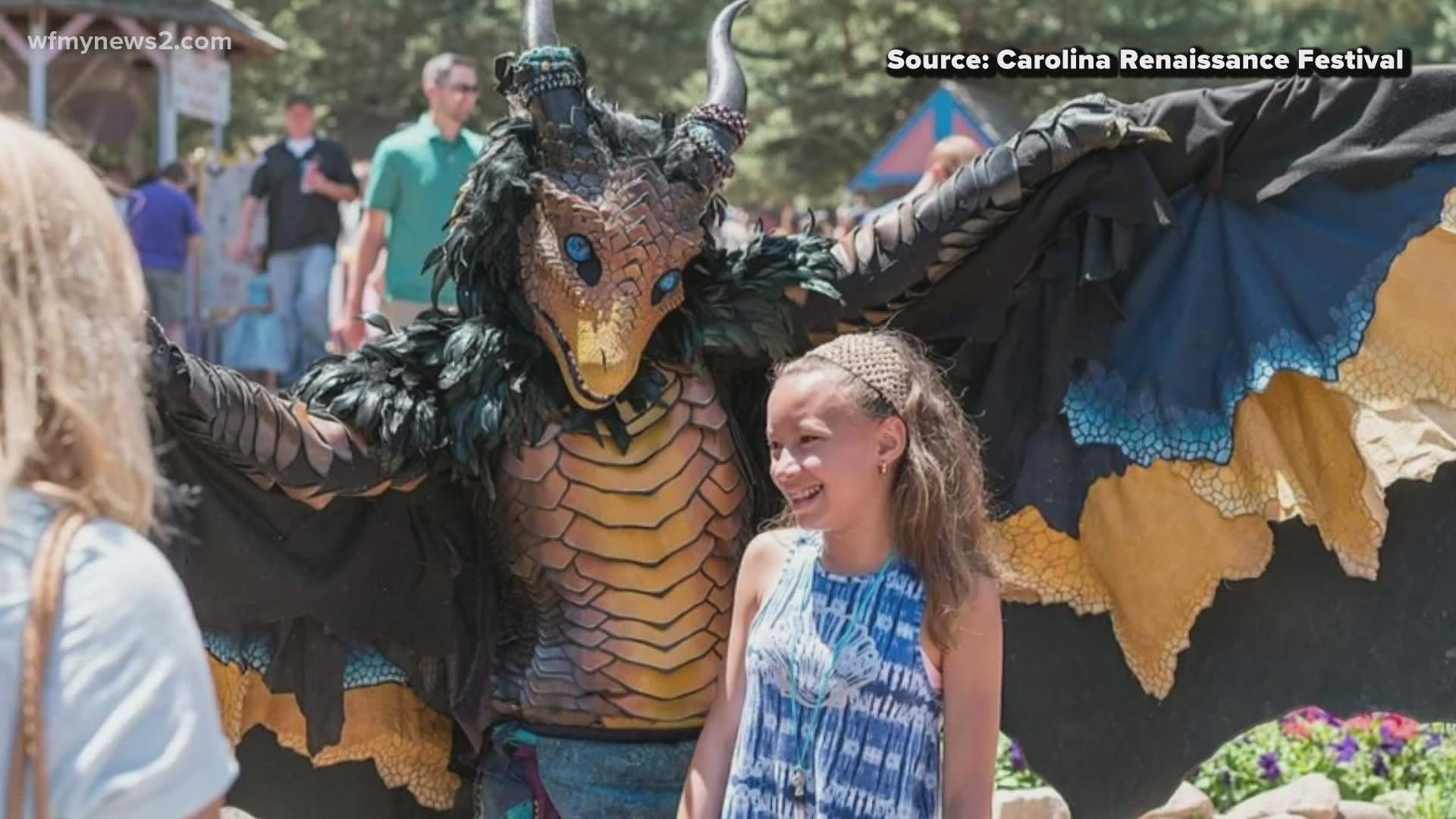 Take a walk through the Renaissance time period