The performances take place each evening during the park’s Summer Celebration June 25-July 31. 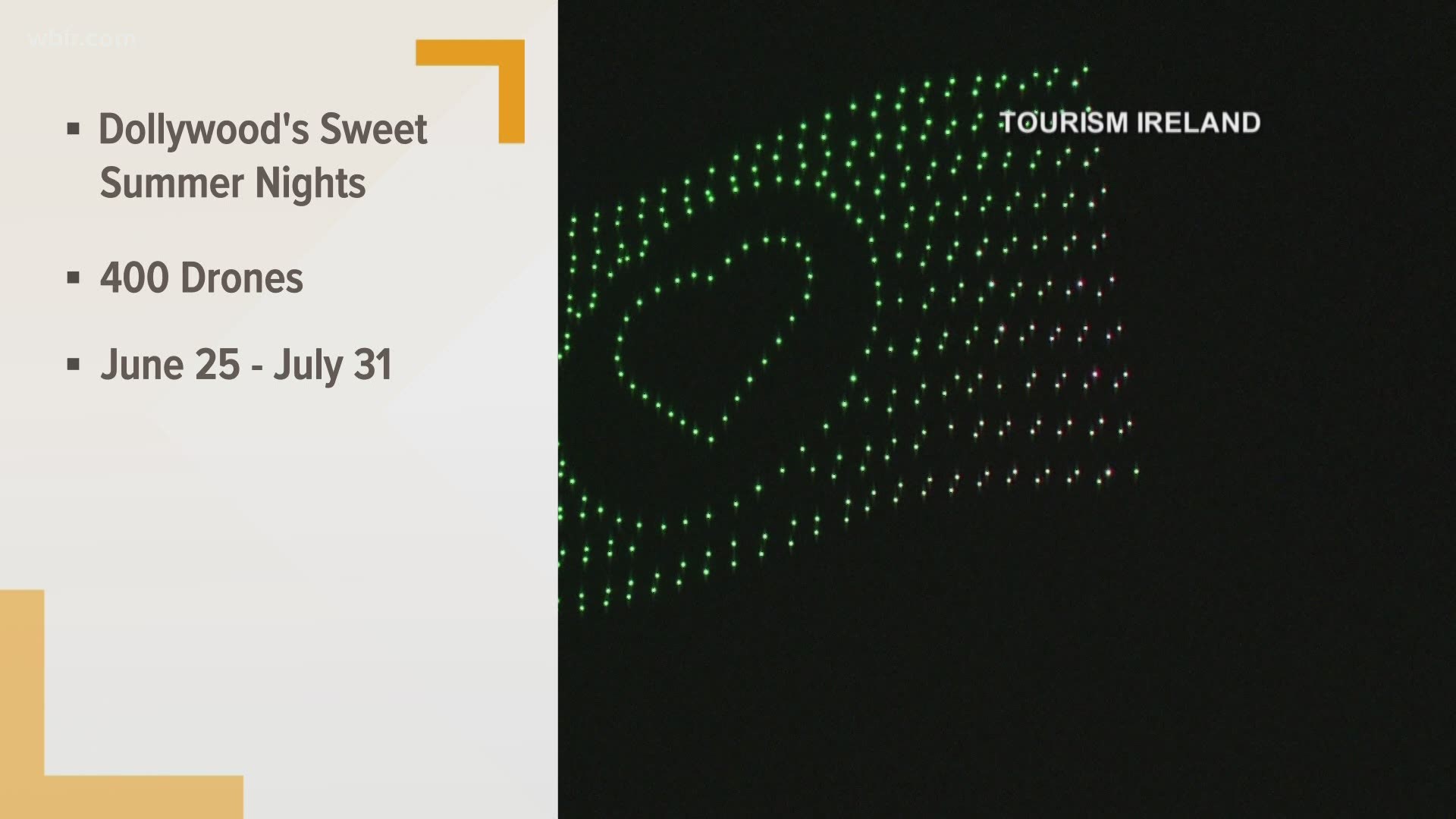 PIGEON FORGE, Tenn. — Miss out on the synchronous fireflies lottery this year? Dollywood announced it will have its own synchronized performance this summer as Intel® Drone Light Shows launches hundreds of drones into the sky.

Dollywood said its Sweet Summer Nights is a multi-sensory drone light show that creates a symphony of light in the sky above the Pigeon Forge park. The performances take place each evening during the park’s Summer Celebration June 25-July 31.

Representing a true evolution in traditional theme park entertainment, the sensational show uses nearly 400 drones to animate the spectacular Dollywood-exclusive story, according to a release from the park. The drone performance is integrated into a musically choreographed fireworks show, creating a visual and audial event of epic proportions.

Dollywood said a DJ and energetic dancers bring fun to the streets of Wildwood Grove during a 30-minute dance party that ensures every member of the family is on their feet. The celebration takes to the sky as the drones launch into the air for an unforgettable end to the evening.

Intel Drone Light Shows has performed on some of the world’s largest stages, including the Olympics, Coachella, and the Super Bowl, according to a release from Dollywood.

Dollywood said its Summer Celebration is a celebration of family fun and laughter at a place everyone loves. With later nighttime hours, families can ride Dollywood’s world-class roller coasters all day and well into the night.

For more information about Dollywood’s 2021 season, operating calendars, and more, please visit the park's website or download the Dollywood app.