"Most definitely, we are all suffering from lack of employees. I've got seven out right now in quarantine," one restaurant owner said. 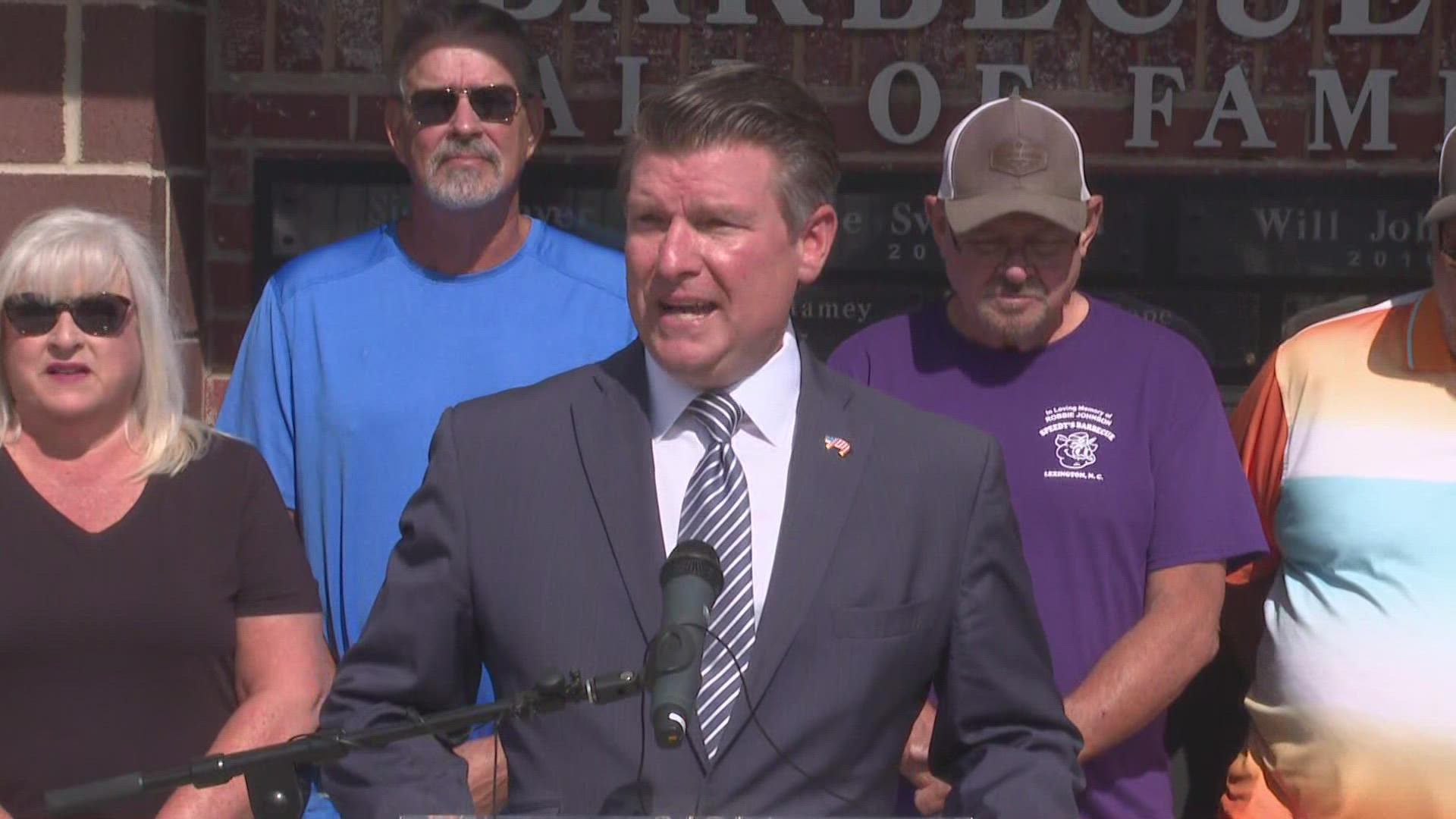 LEXINGTON, N.C. — For the second year in a row, the Lexington Barbecue Festival will not happen, event organizers announced Friday. It was originally set for October 23. It won't return until 2022.

Organizers said the decision is due to rising COVID-19 cases as well as restaurant industry hardships. They made the decision this week after ongoing discussions with health officials and restaurant owners.

"After months of consultation with local officials, sponsors, and official festival restaurants, the 2021 Barbecue Festival set for October 23 will be postponed. It was a difficult decision, but one that we ultimately concluded was the responsible one to make," Stephanie Saintsing with the Barbecue Festival said. "Currently, the barbecue restaurants are facing significant labor and supply chain challenges. The restaurant owners unanimously decided they could not meet the enormous challenge of preparing and serving thousands of pounds of barbecue for the festival this year, and we respect that decision."

The owners of some of Lexington's most popular barbecue restaurants attended the announcement. They said due to supply chain challenges, worker shortages, and concerns with the ongoing pandemic, they wouldn't be able to take part in the festival.

"Most definitely, we are all suffering from lack of employees. I've got seven out right now in quarantine. Most of those are high school students," she said. "We just couldn't see a way that we could safely be a part of this event this year with everything that's going on."

"With the recent surge that we've seen, with low vaccination numbers, we know that public safety is always paramount for us as a community," he said. "You've got to think about it, when we have the Lexington Barbecue Festival, we become the seventh most populated city in the entire state of North Carolina. We can't think like a small community. We have to think like one of our metro communities."

The Barbecue Festival is the region's largest one-day street festival and draws near 100,000 people every year. This will be the second year in a row it won't happen.

RELATED: 10 Things You Might Not Know About Lexington’s BBQ Past

RELATED: Proehlific Park gears up for 'Blue Jeans and Bourbon'