What time is the royal wedding? Alexa, Google and Siri want to tell you

This will be Alexa's first royal wedding. 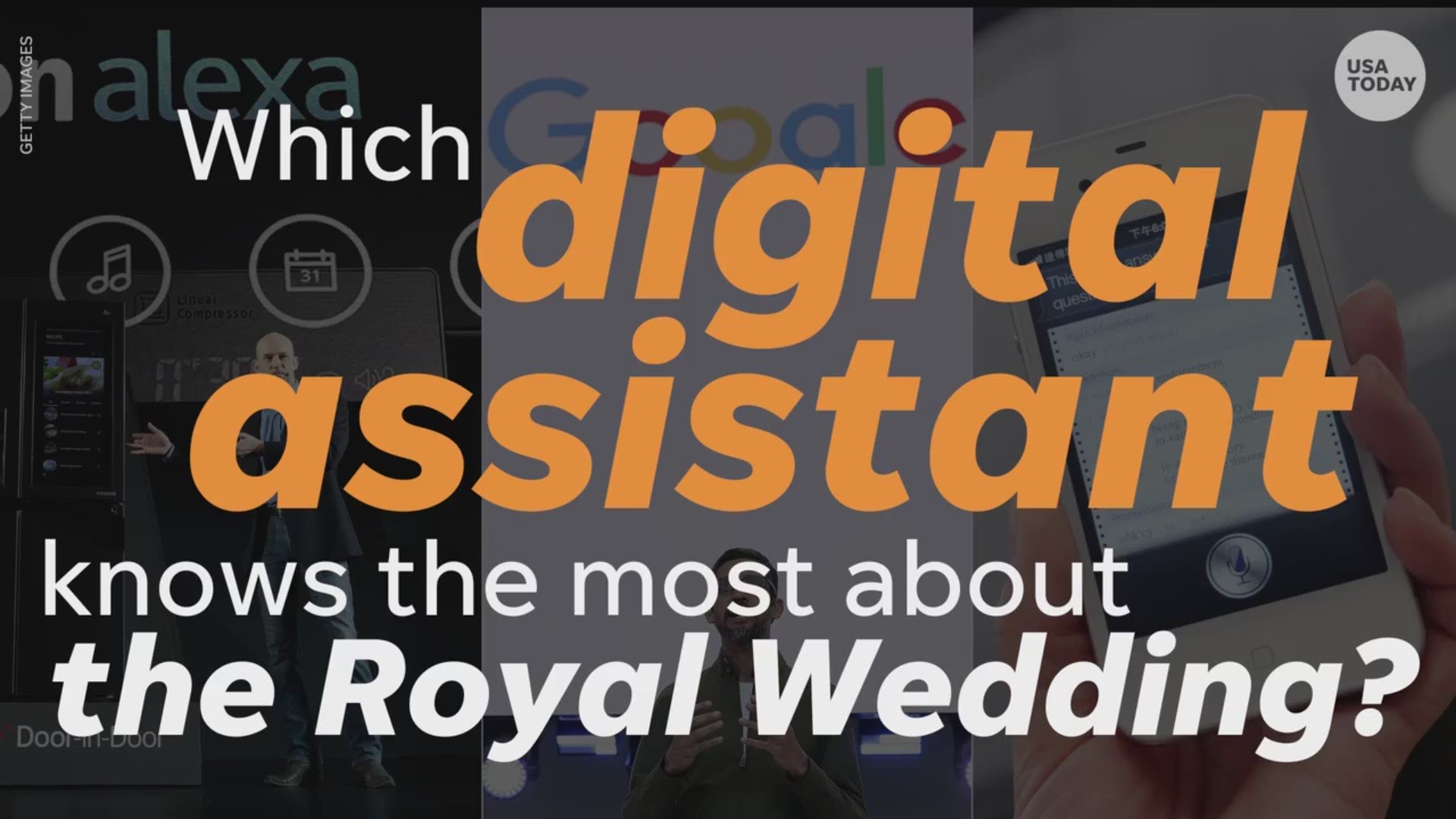 SAN FRANCISCO — Alexa has been studying up on the royal wedding. So go ahead, ask the Amazon assistant everything your heart desires about the upcoming marriage of American actress Meghan Markle to Britain's Prince Harry.

Amazon’s artificial intelligence-infused Alexa digital assistant routinely gears up for blockbuster occasions, which the May 19 union of British and Hollywood royalty promises to be.

Since November, the Amazon group that preps Alexa for news and cultural events has been adding answers and information so that no one gets the dreaded “Here’s what I found on the Web” answer in a response to questions ranging from "Who’s going to walk Meghan Markle down the aisle?" to "What time is the royal wedding?"

Google Assistant, with its Google Home rival to Alexa, isn't far behind when thrown the same types of questions.

In our tests, Apple's Siri drew blanks on most of them, in terms of reading the answers aloud. If you were willing to hunt its Apple's links, however, it had more complete answers than Alexa and Google.

Queried by several reporters, Alexa was quite up on the future Duchess's jewelry. Asked about Markle’s engagement ring, she launches into a description of the ring, which she tells you was designed by Prince Harry himself and made by Queen Elizabeth’s preferred jewelers, Cleeve and Company. The central diamond in the ring comes from the personal jewelry collection of Harry’s mother, the late Princess Diana.

Alexa doesn’t have all the answers.

We asked if Meghan Markle will be a princess after she marries Prince Harry and the answer was, “Hmm, I’m not sure.” Google said "Sorry, I don't understand," and Siri said, "I found something on the Web" and provided a link to a U.K. website noting that she will indeed be a duchess.

This will be Alexa’s first royal wedding. Having only come into existence in 2014, the assistant missed the 2011 nuptials of Prince William and Kate Middleton. Siri launched six months after that wedding. Google Assistant didn't hit until 2016.

USA TODAY's own royal wedding expert, Maria Puente, says the answer is far more complicated. The monarch decides royal titles, based on tradition, personal preference and whether or not a particular title is currently vacant. "If you marry a prince, you are a princess, but if the monarch decides your title is a royal duchess, that’s what you will be called officially," she says.

Amazon leaned on expertise from its staff in the United Kingdom for some of the more nitty-gritty Anglophile and historical context. The team includes people from Seattle, Cambridge, Mass., and in the U.K.

People started asking Alexa questions about the wedding as soon as it was announced last November, said Bill Barton, vice president of Alexa Information at Amazon.

To gauge what kinds of questions they were likely to get, they looked at the kinds of queries Alexa was already getting about the royals and what they were asking about other celebrity’s weddings globally, such as Amal and George Clooney or Amy Schumer and Chris Fischer.

There were a flurry of questions right around the engagement announcement and then a lull, but as the wedding day approaches, the topic’s starting to ramp up.

Not surprisingly, Amazon is getting twice as many “Who is Meghan Markle?” questions in the U.K. as compared to the U.S., Barton said.