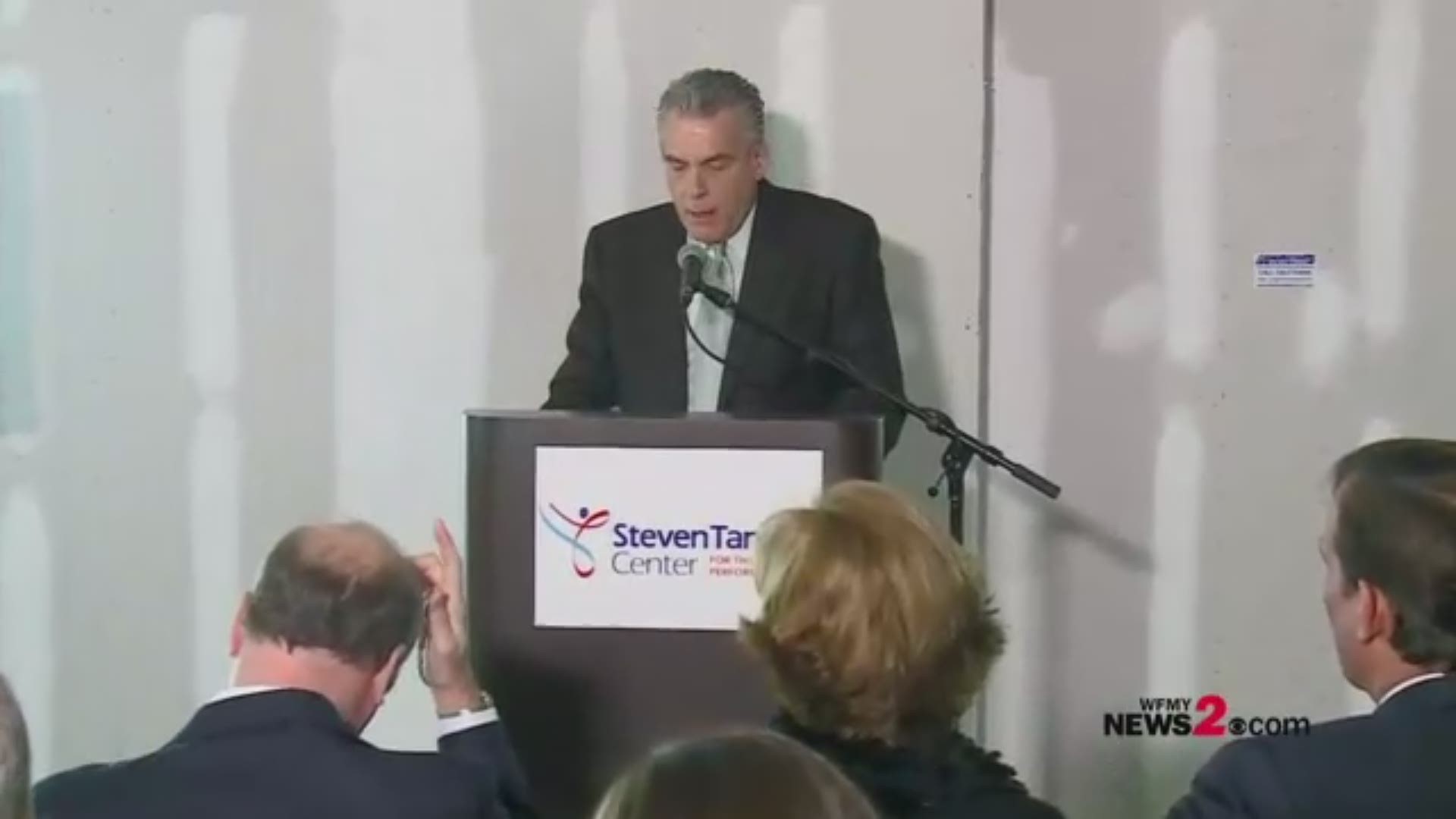 GREENSBORO, N.C. — Steven Tanger Center for the Performing Arts on Summit Avenue made a major announcement this morning.

A spokesperson for the venue did not release many details about the announcement but called it "major" and involving millions of dollars.

WFMY News 2 streamed the live event on Facebook and via the News 2 app.

The announcement took place on the third floor of the center and guests were welcomed to a tour.

The Kontoor Brands’ $750,000 sponsorship will establish the Lee and Wrangler Lounge.

The center said the lounge will provide guests a unique, relaxed setting with a full-service bar that included access to the center’s outdoor terrace.

“As part of Kontoor’s ongoing commitment to engage with and support the Greensboro community, we’re proud to align ourselves with this world-class venue,” said Scott Baxter, president and CEO of Kontoor Brands.

“For 57 years, our company has been dedicated to supporting the arts in our communities. We are proud to expand on our commitment with this donation and are enthusiastic to see our community thrive with the opening of the Steven Tanger Center for the Performing Arts,” said Jim Brady, President and CEO of Brady Services.

According to the Steven Tanger Center, the addition of the Lee and Wrangler Lounge and the Brady Services Suite will join the previously announced Koury Ballroom to form the Tanger Center’s three pre-function hospitality spaces.

And the three rooms will host a variety of pre-show functions including receptions, artist lectures and other special events.

The center says they are scheduled to open in March 2020 and will host a variety of event including national touring Broadway productions, concerts, Guilford College’s Bryan Series, Greensboro Symphony performances, comedy shows and different types of family entertainment.

The center confirmed in their announcement Monday morning that over 16,000 people have already purchased tickets prior to opening and that no tax payer funds will be needed for completion.

RELATED: Come on Down! 'The Price is Right Live' is Coming to Greensboro

RELATED: 5 Months From Completion: A Look Inside The Tanger Center