The patrons at The Thirsty Beaver were clueless that the rock legend was 5 feet away. 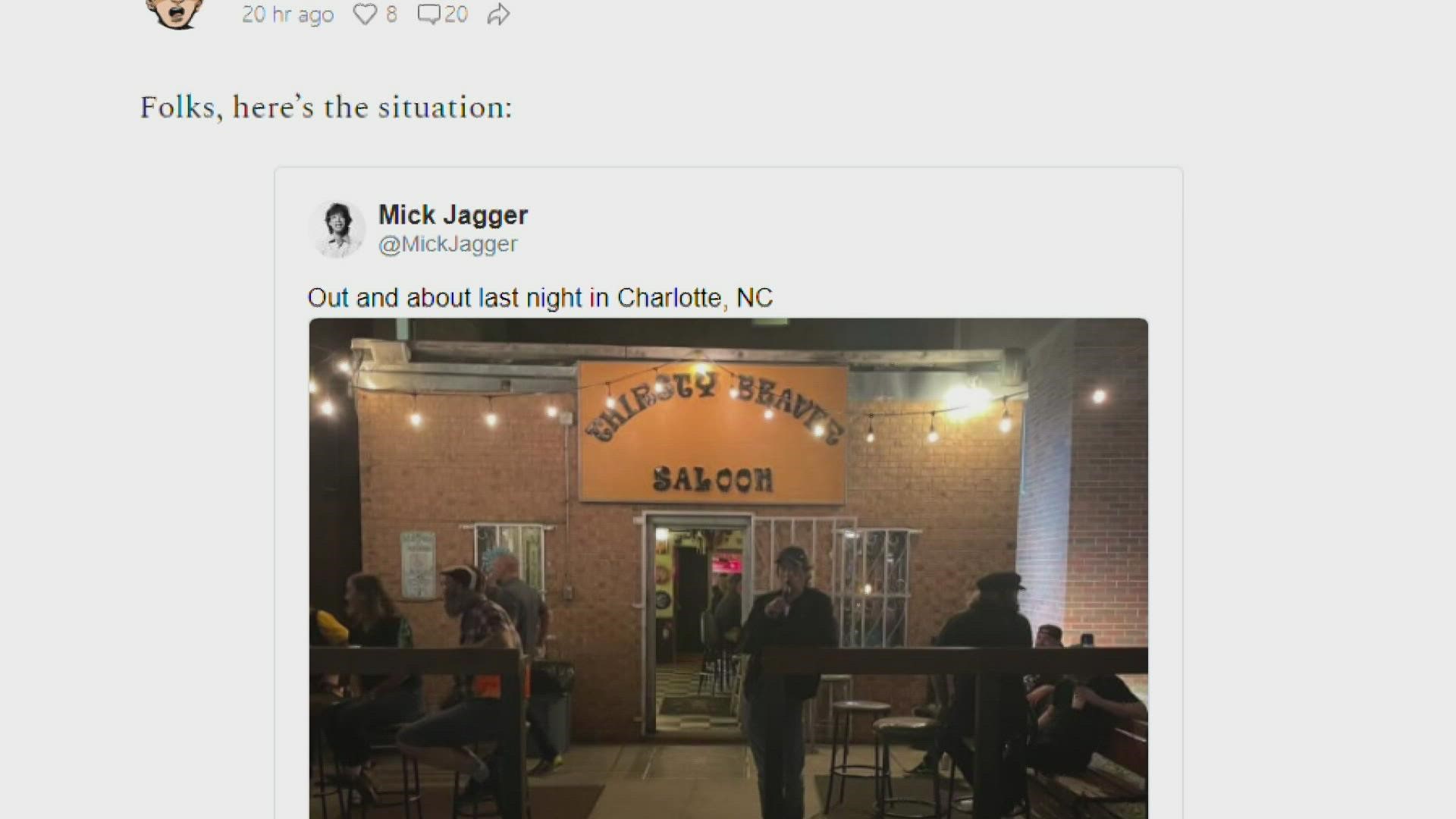 CHARLOTTE, N.C. — It sounds like the beginning of a bad joke, "So, Mick Jagger walks unnoticed into a Charlotte bar..." But that's exactly what happened Wednesday night in Charlotte.

A local blogger, Jeremy Markovich wrote about it and expressed what everyone who saw the photo on Twitter was thinking. How did no one see one of the greatest rock legends of all time?

So Jeremy did some detective work and called the bar, The Thirsty Beaver" to get some answers.

"I spoke with the owner and he said he didn't even find out about it until the next morning. He said the bartender was young and probably didn't know what Mick looked like. He even went through the credit card receipts to see if Mick signed the bill. He didn't so apparently he paid with cash," said Markovich.

"I even went so far as to lighten the picture in photoshop and zoom in trying to get any info I could. Like, what kind of beer is he drinking," continued Markovich, "I did find out that the people to Jagger's right were regulars at that bar. The owner said they are picking on them big time these days because they paid to see the show and didn't know that Mick Jagger was 5 feet away drinking a beer!"

The picture can be found on Mick Jagger's Twitter page.