The amusement park announced the ride's opening in a social media post on Wednesday morning. 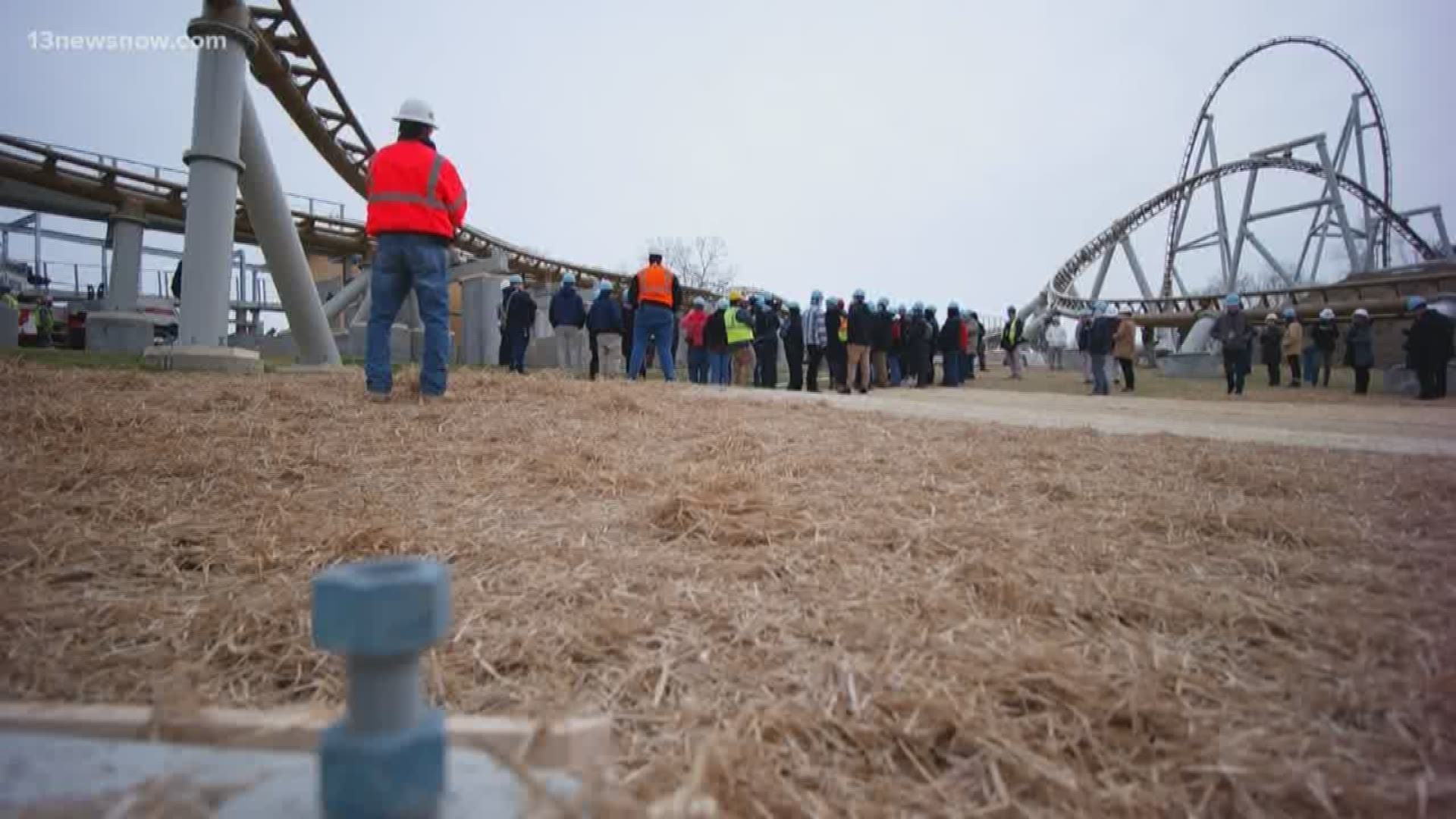 WILLIAMSBURG, Va. — Author's note: The video above is on file from January 2020.

A date has been set: the Pantheon rollercoaster at Busch Gardens Williamsburg is slated to open in March 2022.

According to the amusement park's website, the roller coaster is 180 feet tall with a top speed of 73 mph and features a 95-degree drop, four launches, five air-time hills and two inversions.

Pantheon was set for a grand opening in Spring 2020, but the COVID-19 pandemic got in the way. Since then, the amusement park was quiet about its plans until they teased an announcement in a social media post last month.

"The Roman gods have spoken," the park wrote.

The Roman gods have spoken ⚡️ We’re excited to announce that Pantheon will officially be launching March 2022! Get ready for all the thrills of the World’s Fastest Multi-Launch Coaster by getting your 2022 Membership now and enjoy all-new exclusive perks like Member-only ride times, free guest tickets & more. Click here to join: https://bit.ly/3yv96ZL

According to the park, people who bought a membership on or after July 30, 2019, that will no longer be valid in March 2022 can register for "a special opportunity" to ride when it opens. The deadline to respond is Oct. 17, 2021.

In a lengthy Twitter thread, fan website BGWfans.com accused the park of implementing additional requirements to ride Pantheon for those who bought memberships that won't be valid in March. Multiple people on social media shared similar concerns.

#BGWPantheon's March 2022 opening date won't be a surprise to any of our readers, but what is a surprise (and an absolute outrage) is that @BuschGardensVA is putting additional requirements on first-to-ride access for Pantheon—a benefit all membership holders ALREADY PAID FOR. pic.twitter.com/y4UDkNOMiq

13News Now reached out to the park for clarification on how those members will get early access to Pantheon. A spokesperson replied, referring to what the website says.

For more information about the ride, you can visit Busch Gardens Williamsburg's website.

This is a developing story. Follow this story for updates.

Author's note: The video below is the teaser announcement for Pantheon. It's on file from July 30, 2019.