An incident report shows the 16-year-old girl was sleeping in a hammock at a backcountry campsite when the bear attacked in mid-June. 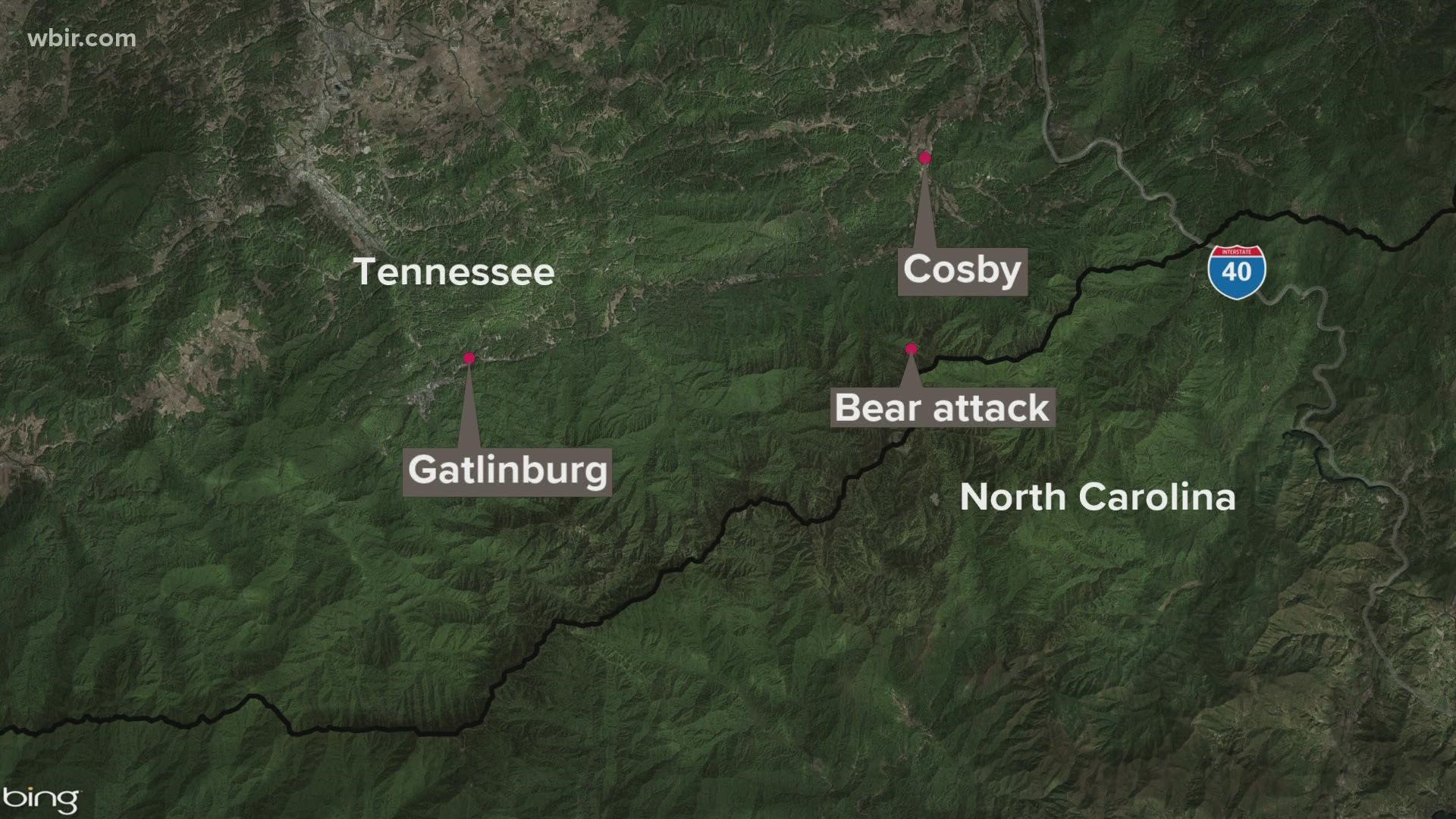 COSBY, Tenn. — A bear circled park rangers and ignored attempts to scare it away for hours after it attacked a sleeping 16-year-old girl at a backcountry campsite in the Great Smoky Mountains National Park in June, new records obtained by 10News show.

The bear charged at responding rangers "running quickly," forcing them to kill it by shooting it with a shotgun twice, an incident report said.

The team of two park rangers hiked 5.7 miles up the Maddron Bald Trail in the early hours of June 18 after a family camping in the park reported a bear attacked a girl sleeping in a hammock shortly after midnight.

An incident report said her family used their clothes as bandages to stop her bleeding. Rangers observed blood on the family's tent and sleeping bag and said "large blood loss was clear." The girl suffered wounds to her left hand and head, the report said.

An hour after rangers arrived around 5 a.m., they requested the Tennessee Air National Guard evacuate the girl by helicopter because of the severity of her injuries. She was flown out around 9 a.m. and taken to UT Medical Center.

Though initial reports from the National Park Service said she was stable and conscious, the incident report calls her injuries "life-threatening trauma."

The names of the victim and her family from Middle Tennessee were redacted from the report, which was obtained by 10News through a Freedom of Information Act request. It is not clear her current condition.

Shortly after rangers arrived at campsite 29, they observed a bear approximately 30 yards away. Rangers threw rocks and yelled at the bear, but it did not leave. Around 6:15 a.m., park authorities gave permission for the rangers to kill the animal.

The bear charged at Ranger Kyle Shanberg who was throwing rocks at it and he signaled for his partner, Heath Soehn, to "take the shot," the report said.

"Soehn fired once with the shotgun striking the bear as it was charging. The bear collapsed approximately 20 feet away from us," Shanberg wrote in his report. "I noticed it was still breathing and moving and Soehn fired again. The bear then stopped moving."

Rangers gave the family of five clothes and blankets and started a campfire because they had used their clothing as bandages and were cold, the report said. After the Knoxville-based UH-60 Blackhawk helicopter evacuated the 16-year-old, rangers escorted her family out of the park and drove them to the University of Tennessee Medical Center.

The rangers reported the family stored their food correctly, using cables suspended in the air, and there were no indications of what might have attracted the bear.

Wildlife biologists later confirmed that there was human blood on the euthanized bear.

“While serious incidents with bears are rare, we remind visitors to remain vigilant while in the backcountry and to follow all precautions while hiking in bear country,” park Superintendent Cassius Cash said in a statement at the time of the attack. “The safety of visitors is our No. 1 priority.”

When hiking in bear country, park officials recommend the following precautions for safety:

If you are attacked by a black bear, rangers strongly recommend fighting back with any object available and remember that the bear may view you as prey. Though rare, attacks on humans do occur, causing injuries or death.

You can get more safety tips here.