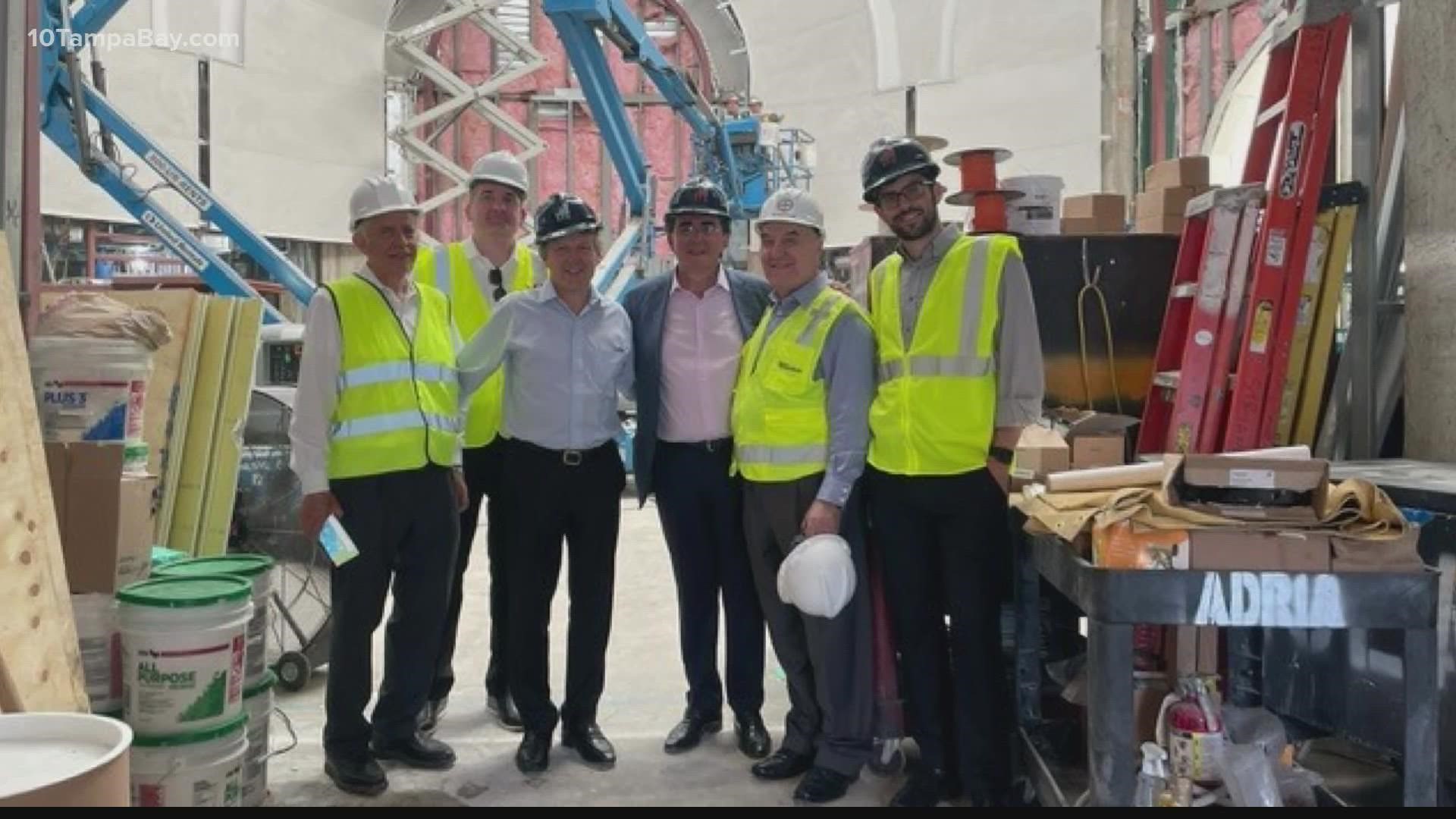 TARPON SPRINGS, Fla. — As the United States approaches the 20-year anniversary of the most infamous terror attack on its soil, the changing world climate has eyes on the Taliban again. That fateful day – Sep. 11, 2001 – is a day most Americans won’t, and can’t, forget.

Count Pete Karamitsanis as one of them.

Karamitsanis attended the St. Nicholas Greek Orthodox Church in historic Tarpon Springs for two decades when he lived in nearby Palm Harbor. Now, he’s nearing the completion of a project near and dear to his heart in New York.

“We’re overseeing the reconstruction of St. Nicholas,” he said, referring to the now-infamous church in Manhattan, which was the only house of worship destroyed during those 9/11 attacks. The church was demolished completely on September 22, 2001.

Karamitsanis is an owner's representative. He began work on the project in 2015.

“There is a whole generation of young people that have been, that were born since 9/11, that has no idea what happened on 9/11,” he said. “The connection back to 9/11 and the serenity that, that church brings and hopefully will bring to a whole lot of people that go there to remember their loved ones that died, that is what we were after.”

COVID-19 delayed the project because it was difficult to source global materials for the church. Some of the marble is coming from Greece. Other essentials are coming from as far away as Austria and New Zealand, among other places.

“I think people are just going to get speechless when they walk in,” said Karamitsanis, who now lives in Tampa. “It’s an antithesis of emotions. It belongs to the world now.”

The new church memorial will be just a block away from where the original church stood. The majority of the workers helping construct the new St. Nicholas church are not Greek Orthodox. Yet, they are giving their hearts to the project. That impresses Karamitsanis, who calls himself a life-long Christian.

“They know they are working on a legacy project,” he said. “It’s not another construction project for them.”

The legacy that follows that Sept. 11 date is one of death and despair for many. Karamitsanis hopes the new church changes that date’s outlook to one of hope.

“(It) is not only a Greek Orthodox church but it’s also a national shrine because it’s located in Ground Zero,” he said, smiling.

RELATED: Resurrecting church destroyed in 9/11 attacks is a special job to Tampa man