So you need to name your 'Disco Turkey?'

The Winston-Salem-based baseball team is about to name its mascot based on fan suggestions. 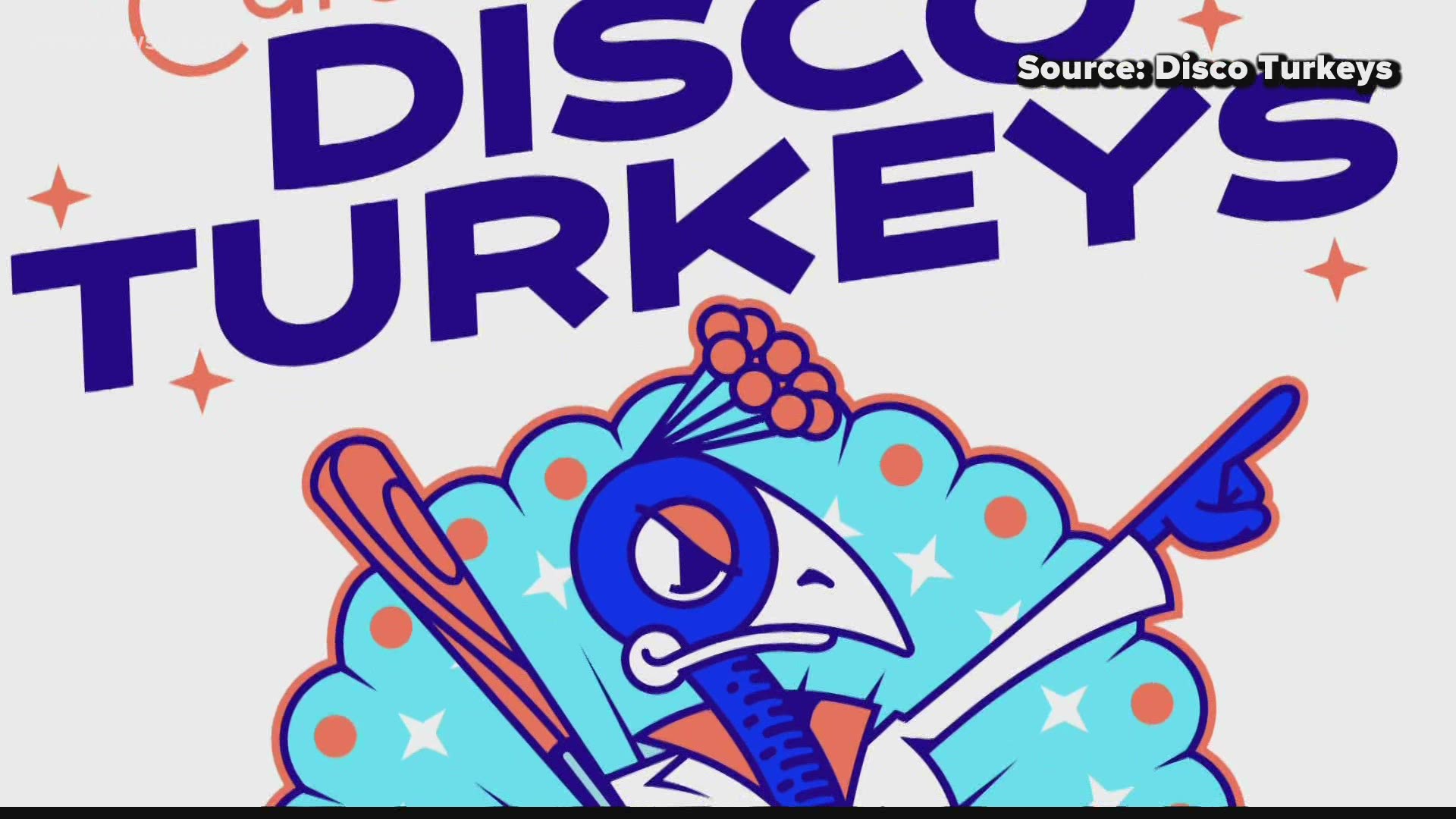 WINSTON-SALEM, N.C. — The Carolina Disco Turkeys are excited. They will soon have a live mascot representing their team this season.

As part of a partnership with Tiger World, a non-profit animal sanctuary and educational center in Rockwell, NC, the Disco Turkeys are adopting a disco turkey, more commonly referred to as a peacock, to cheer on their baseball team from the non-profit center.

"For our new feathered teammate’s well-being, he won’t be attending any games this year. However, we plan to pay him visits throughout their inaugural season, which begins this weekend on the road. We also encourage fans passing through nearby Rowan County this year to drop in and pay their new friend and his pals a visit and let them know how the team is doing on the diamond," said team president Greg Sullivan.

The Disco Turkeys have all the suggestions they need from fans, so now the hard part begins. Sullivan said someone put his name as a suggestion. He thinks that was a joke from an old college buddy. Another name suggestion was 'Barry Gibb' from the popular 70's disco-pop group the Bee Gees.

The team will put the finalists up for an online vote for fans to select on the team’s social media pages.

"If your name suggestion gets picked as the winner, you'll get four tickets to a Carolina Disco Turkeys home game and can throw out the first pitch. The winner will also receive a family pass for a visit to Tiger World," continued Sullivan.

Stay tuned for the final vote to go live on their website.