Abigail Linville, Director of Collections and Exhibitions for the Surry Arts Council and Andy Griffith Museum, said "Jim Nabors will leave a void, of course." 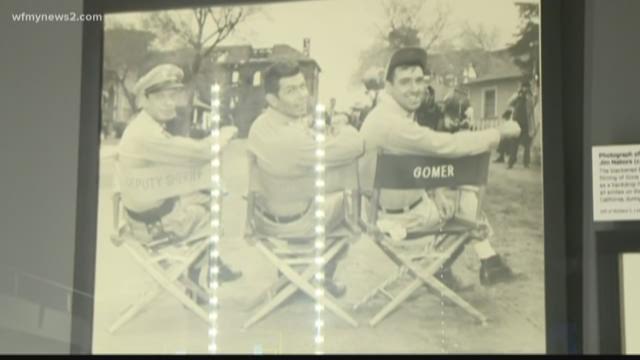 MOUNT AIRY, N.C. – Mounty Airy, the city that inspired the fictional town of Mayberry in the Andy Griffith Show, mourns the loss of Jim Nabors, who played the character Gomer Pyle.

WFMY News 2 visited the city and spoke with locals who expressed their condolences and love for the actor and character.

Abigail Linville, Director of Collections and Exhibitions for the Surry Arts Council and Andy Griffith Museum, said “Jim Nabors will leave a void, of course.”

Linville noted that one of the most recognizable things of Nabors’ character was how “iconic” he was in his “country, folksy act.”

“I can speak on behalf of the Andy Griffith Museum and the Surry Arts Council, we are sad to hear of his passing and our condolences and prayers go to his family,” Linville added.

The character of Gomer Pyle, the unworldly, lovable gas pumper who would exclaim "Gollllll-ly!" proved so popular that in 1964 CBS starred him in "Gomer Pyle, U.S.M.C."

“He was definitely one of the most beloved characters on the show,” Smith said. “Everybody knows that name. I mean, you know Andy, Barney, GOMER.”

Smith also said that Nabors’ character “really embodied what our people, what Mount Airy citizens are.”

Nabors died peacefully at his home in Hawaii on Thursday with his husband, Stan Cadwallader, at his side. He was 87.

Cadwallader says Nabors' health had been declining for the past year. His immune system also was suppressed after he underwent a liver transplant about 20 years ago.

Nabors became an instant success when he joined "The Andy Griffith Show" in the early 1960s.

Nabors' operatic voice also made him a favorite in Las Vegas and other showplaces.

In addition to a lengthy TV and film career, Nabors also performed Back Home Again in Indiana at the Indianapolis 500 nearly every year between 1972 and 2014.