For years, MADD has fought against drunk driving. Now it is up against a new battle: spreading the message about the dangers of marijuana consumption and driving 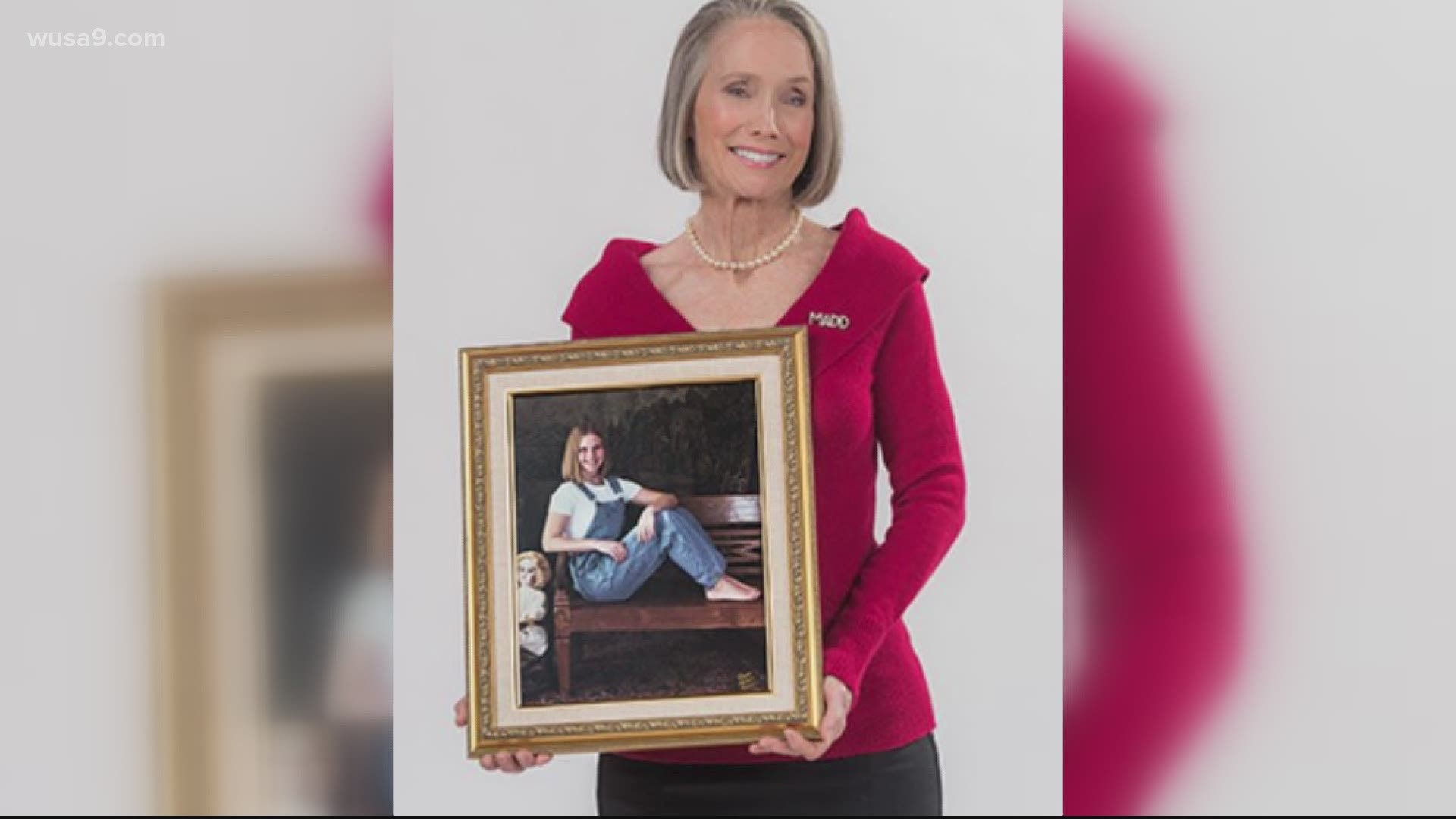 WASHINGTON — Mothers Against Drunk Driving celebrated 40 years of fighting for change this week. Over those four decades, the organization has been able to significantly cut down the number of drunk driving incidents.

"What brought me to MADD was the death of my teen daughter who was rollerblading on a bike path when she was run down by a 17-year-old girl who was drunk on tequila, and having smoked marijuana at the same time," Witty said.

RELATED: 'I didn't say I love you, and that I regret to this day' | DUI loophole in Noah's Law haunts family

While efforts to get drunk driving under control have been successful, the organization is facing a new challenge with marijuana. It is now working to spread the message about the dangers of using marijuana and getting behind the wheel.

Not a serious crime? Ask anyone impacted if they agree. Impairment is impairment! Never drive after consuming marijuana.
Read MADD's The Cannabis Report at https://t.co/BIJ04Sc8bM Thank you @StateFarm and @GM for providing funding for this important report. #NoMoreVictims pic.twitter.com/STdVs70z5J

"Marijuana, because it is being legalized in so many states and the perception in our country is that it is not harmful, when it is," said Witty.

A recent survey conducted by MADD focused on marijuana use and driving. Witty says the results were alarming.

The survey found 41% of people believe it is safer to drive with marijuana than it is with alcohol. One in three young people who drink combine marijuana with alcohol.

"That's horrifying because that's more impairing than either one on its own," said Witty.

RELATED: Study: Virginia has the most distracted drivers in the country

On top of that, the survey found one in eight people admit to consuming marijuana and getting behind the wheel.

"This is something we want everybody to be aware of before more people go to prison and kill people. We want families to remain intact," said Witty.