The Weeknd answers burning questions ahead of Super Bowl performance

The pop star said he will “keep it PG” during his headliner slot on Sunday at Raymond James Stadium! 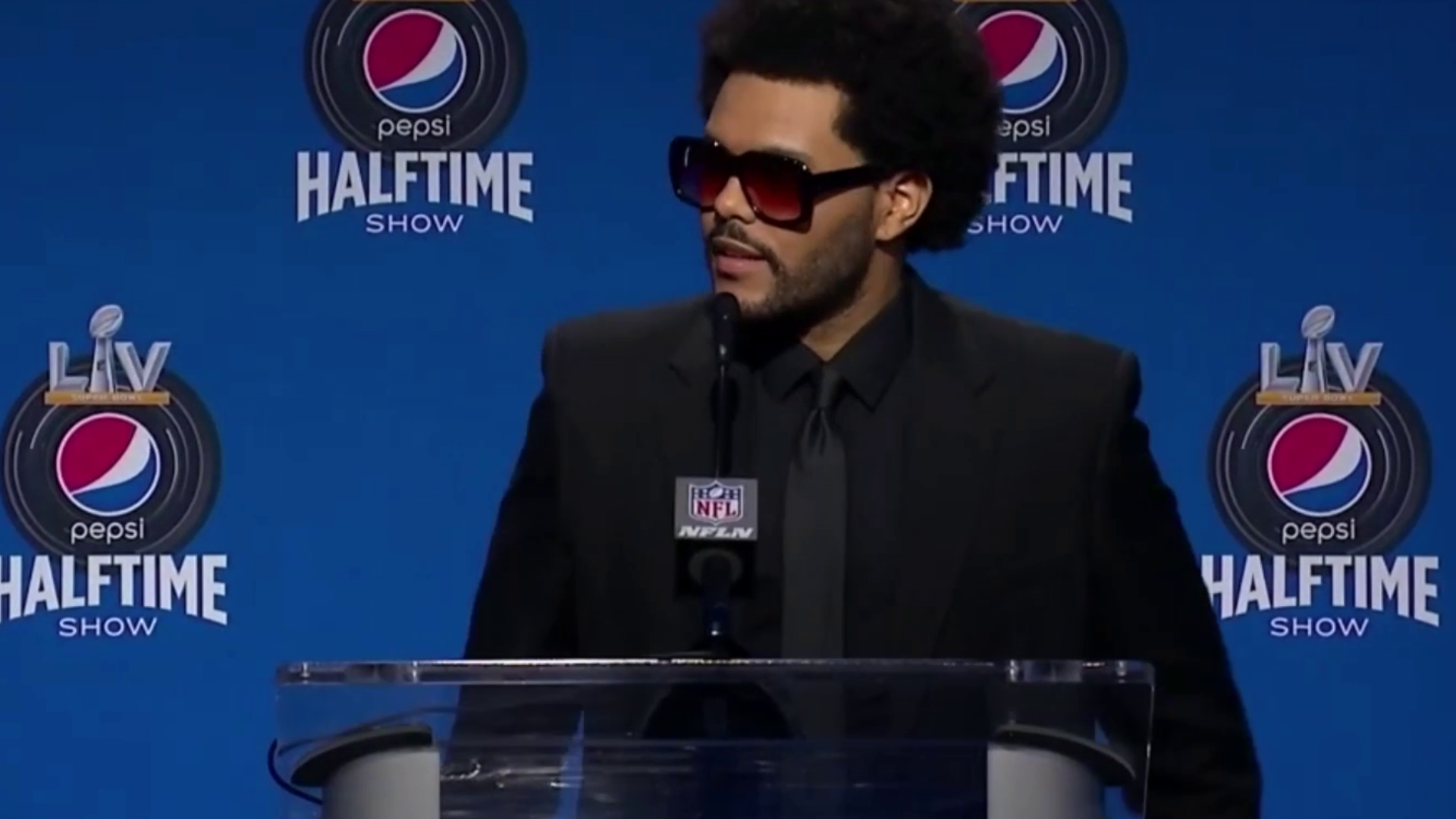 TAMPA, Fla. — The Weeknd may be known for his graphic music videos and performances featuring blood and violence, but the three-time Grammy winner says he will tone down his act during the Super Bowl halftime show.

The pop star said he will “keep it PG” during his headliner slot on Sunday at Raymond James Stadium as the reigning Super Bowl champion Kansas City Chiefs take on the Tampa Bay Buccaneers in Tampa, Florida. He promised to be “respectful to the viewers.”

“I will still incorporate some of the storyline. It's a very cohesive story I've been telling throughout this era and throughout this year," he said. “The story will continue, but definitely will keep it PG for the families."

The 2021 Pepsi Super Bowl Halftime Show will be different this year due to the pandemic and The Weeknd said he will use different parts of the stadium, the field, and a “little bit" of the famously massive pirate ship. But the singer would not be drawn into specifics of his show. “You have to watch on Sunday,” he said.

When asked for his favorite Super Bowl halftime show, The Weeknd cited Diana Ross' 1996 performance. She was lowered to the stage by a crane of sparklers, hundreds of dancers spelled out her name on the field, she made three costume changes and she left via helicopter.

RELATED: Which coaching staff has the advantage in Super Bowl 55?

“The show just makes me smile,” said The Weeknd.

The Weeknd broke into the mainstream with his smash hit “Can’t Feel My Face” that was featured on his second studio album, “Beauty Behind the Madness,” which topped the Billboard 200 in 2015 and won a Grammy. He’s had three other chart-topping albums including his recent offering “After Hours,” which was released in March.

Last year, The Weeknd’s hit single “Blinding Lights” became his fifth song to peak at No. 1 on the Billboard Hot 100 chart. He’s also won Grammys for his album “Starboy” and the song “Earned It (Fifty Shades of Grey).”

Roc Nation and Emmy-nominated producer Jesse Collins will serve as co-executive producers of the halftime show. The game and halftime show will air live on CBS.

Collins said he wants to put on a live halftime show that is “unique and reflects the creativity all of us bring to the process to help translate The Weeknd's unparalleled vision."

WATCH THE FULL INTERVIEW IN THE PLAYER ABOVE