On August 12, 1956, WBIR-TV signed on for the first time sharing Straight From The Heart stories on televisions across East Tennessee. 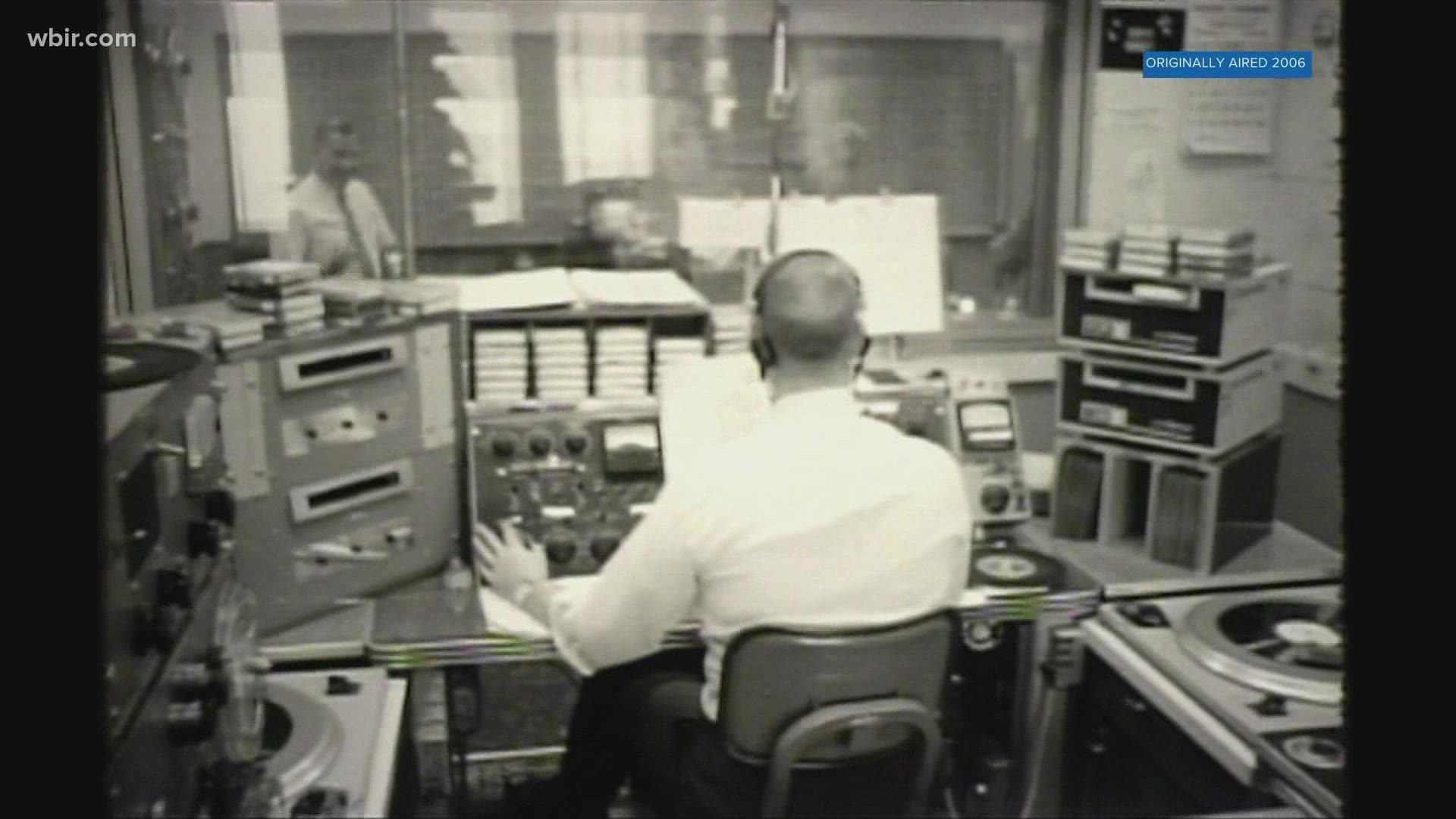 KNOXVILLE, Tenn. — Today marks Channel 10's 65th Anniversary, and we are honored that we've been able to spend the last 65 years informing, entertaining and sharing decades of wonderful stories with our viewers.

Did you know WBIR wasn't always a television station? Back in 1941, a man named Jesse W. Birdwell founded an AM radio station in Knoxville known as "WBIR Radio." The call letters "WBIR" came from Birdwell's name, Jesse W. BIRdwell.

Birdwell's partner, John P. Hart, worked with the Nunn family and eventually became part of the original television ownership group. Birdwell sold his share of the station by the time a deal was made to transform it into a television station, but the founders wanted to keep his legacy alive by keeping the radio call letters.

In 1956, WBIR-TV signed on for the first time with Hart as the General Manager and his son Jim Hart by his side. His son said the station has always believed in the power of "Straight from the Heart" reporting as a way to best serve the community.

"I was here when it was built, and I remember when they started broadcasting," Jim Hart said. "The biggest focus was in how the station served the community. He was active in the community and the station was able to serve the community in a lot of different ways."

Even in its infancy, WBIR launched the careers of some tremendous personalities in the community, including grocery store magnate Cas Walker.

"Cas had an early morning show on," Hart said. "He was the largest advertiser on Channel 10 back in the '50s for his grocery store."

In the 1960s, Hart's father saw color fill the screen as televisions became more advanced. With that came another colorful star who joined Cas on his show.

"He was a unique character and from Sevier County," Hart said. "Dolly Parton would often come over while she was a teenager in high school and sing on his show, and then her uncle would take her back to school."

"I was here in the morning when she came in and sang, and you could tell something good was going to happen to her at some point and time," Hart said. "She was just about like any 15-year-old girl. Giggle and somewhat shy, but when she started to sing, it just really was a magical thing."

News operations expanded in reach. Jim Hart would follow in his father's lead, becoming the general manager in 1981. It was during this decade that the Knoxville native would launch one of the station's signature legacies, the Heartland Series.

"The thing that was most meaningful to me was to be part of the group that put together the Heartland Series and working with Steve Dean, who was the creative force behind that," Hart said. "We did it intending it to be on for six months in 1984 when the 50th anniversary of the Great Smoky Mountain National Park was going on, and it lasted for 25 years."

At the same time, the station was introducing a brand that continues to define the station and the people who work here. One that wouldn't be possible without the generous community that the station serves.

"I think a lot of folks in this community feel like WBIR is part of the family, and I think that is the greatest legacy that a business can have -- when it's able to serve the community, and people appreciate the dedication that employees have to get a good job done," Hart said.

For stories from the WBIR Vault, check out our YouTube playlist: