A Fort Mill man brought The Beach Boys back together, and it's all for a good cause

David Beard lives in the Charlotte area and he’s the guy behind it all, bringing together three generations of music’s best. 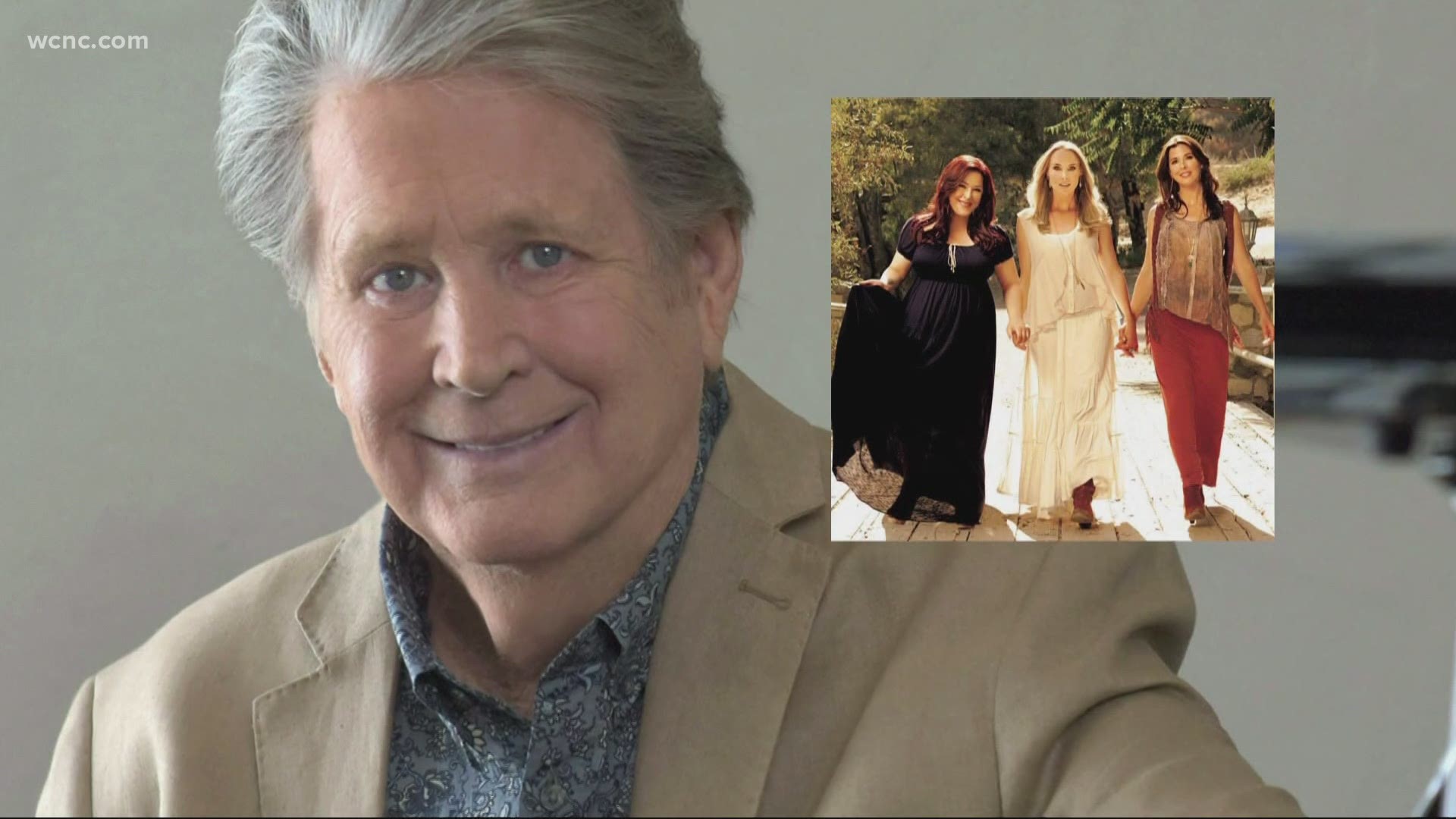 FORT MILL, S.C. — A Fort Mill man is bringing together the legendary Beach Boys and their children to produce an album that’s helping raise money for people struggling due to the pandemic.

David Beard lives in the Charlotte area and he’s the guy behind it all, bringing together three generations of music’s best.

From their home studios to their backyards, the Beach Boys and their children and even grandchildren came together this year to produce a song for good.

Wendy Wilson took part, her sister Carnie too, Brian Wilson’s daughters of course - the man who wrote most of the band's songs - and members of their own band Wilson Phillips.

“To sing with our extended family and hearing those voices reminiscent of Beach Boys come together in second-generation feels beautiful and warms my heart," Wendy Wilson said.

It all happened thanks to Fort Mill beach boys fan David Beard who was inspired by an old photo.

𝘛𝘩𝘦 𝘉𝘦𝘢𝘤𝘩 𝘉𝘰𝘺𝘴 𝘛𝘰𝘥𝘢𝘺! came out in March 1965, hitting the US album charts in the same month! Take a trip down memory lane with our friends at @uDiscoverMusic! https://t.co/NGkXIPqbpj

“The wonderful beach boys album from 1970 – really unique because the album cover features the guys with their children," Beard said.

They recorded the updated version of “Add Some Music to Your Day” last April at the height of the pandemic when lines at food banks stretched for miles, so they decided the proceeds will benefit Feeding America.

“I remember watching it on the news and then I got the call to do this project and it was like of course it’s a way for us to help," Matt Jardine said.

“Being a part of something that helps people, it’s a no-brainer," Wilson added. "We take for granted how lucky we are and to give back…just so necessary."

They all said one of the great things about the pandemic and the technology was that they were able to record right where they were to make this happen.

Click here to listen to the song on SoundCloud:

The full album is also out now as well.