The most exciting 8 seconds in sports!

The Professional Bull Riders are taking over the Greensboro Coliseum 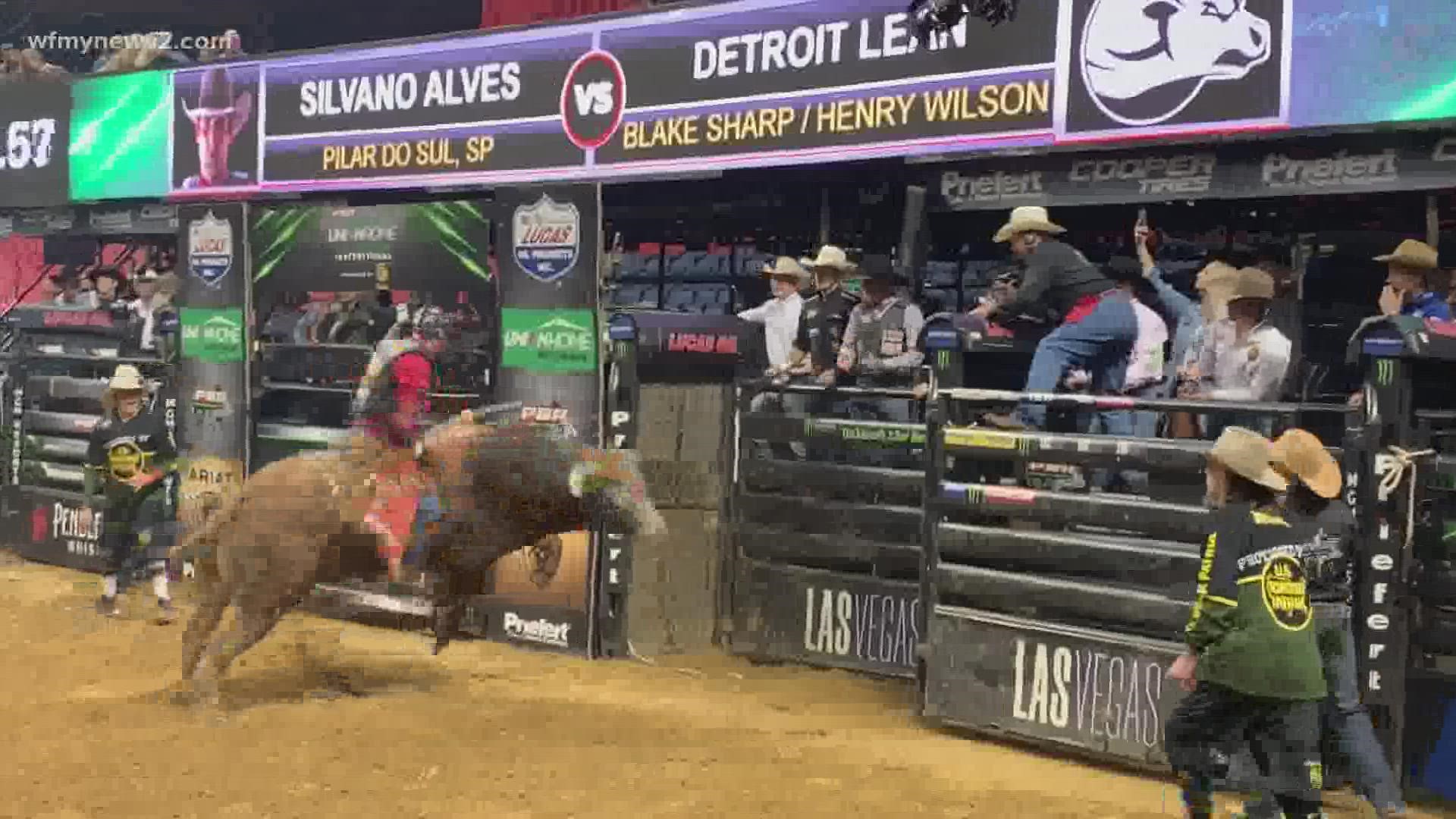 GREENSBORO, N.C. — As the race to the PBR (Professional Bull Riders) World Championship heats up in the second half, the Top 30 bull riders in the world were seeking crucial points as they buck into Greensboro Coliseum over the weekend. It's the sport’s first visit to Greensboro since 2019.

Greensboro has been a key stop for many riders chasing world championship dreams during the previous 12 elite series visits to the city, with winners including the likes of two-time World Champions J.B Mauney (Statesville, North Carolina) (2012), Justin McBride (Elk City, Oklahoma) (2004, 2007) and Chris Shivers (Jonesville, Louisiana) (2003) and three-time World Champion Adriano Moraes (Cachoeira, Brazil) (2001). Each Mauney, McBride, Moraes and Shivers rode their way to victory in Greensboro on their way to a PBR World Championship in the same season.

With PBR World Finals looming Nov. 3-7 and the $1 million world championship bonus on the line, the possible 140 world points on the line in Greensboro were vital to any riders’ million-dollar dreams.