The new footage was posted online from an unknown source late Friday night and quickly had social media buzzing and draggin'. 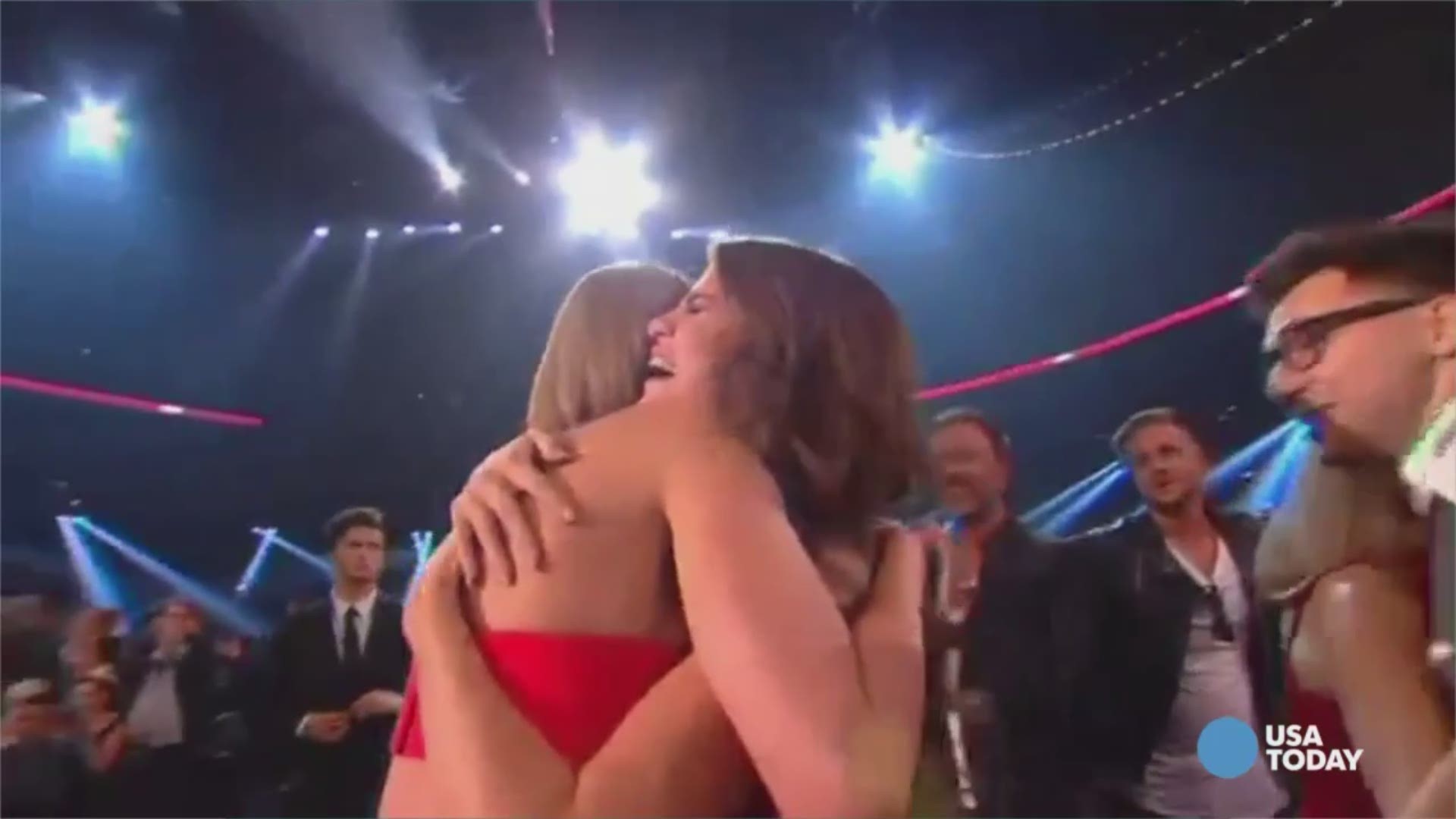 NEW YORK — Editor's note: The video in this story is from Taylor Swift's 2016 GRAMMY acceptance speech.

Taylor Swift may have ended her feud with Katy Perry but the one with Kanye West seems to simply not want to die.

New, leaked video clips of the entire four-year-old phone call between the rapper and pop superstar about his controversial song "Famous" have been posted online and further complicate the picture of what happened.

The new footage was posted online from an unknown source late Friday night and rapidly spread across social media. Unlike other videos previously posted of the call, it shows all 25 minutes, albeit chopped up.

The video shows West in what looks like a studio talking on the phone, apparently to Swift. He appears to be discussing the lyrics to his song “Famous” from his album "The Life of Pablo."

“It has a very controversial line at the beginning of the song about you,” West said.

He then recites the line to Swift, that we're still talking about all these years later, and asks her to sign off on it. If you haven't heard it yet, YouTube it.

In response, Swift says the line isn't mean, but that she'd have to think about signing off on it.

The controversy is that West and his wife Kim Kardashian claimed Swift gave the rapper approval for the lyrics that mentioned her. This new-found footage appears to say otherwise.

Of course, Twitterverse was quick to get the topic trending as #KanyeWestIsOverParty and #TaylorToldTheTruth lit up social media.

Some say it's all a ploy for publicity. Others dragged West and Kardashian and demanded they apologize to Swift. We'll leave it to you to judge.

***WARNING: The video posted to YouTube has explicit language and may not be suitable for all audiences.***

RELATED: Tom Hanks and Rita Wilson test positive for COVID-19, Hannah Ann spills the tea on Ellen, and how Ron Swanson would handle COVID-19 in 'PopBreak'

RELATED: 'Rare opportunity for a deaf actor': Hearing impaired boy to star in episode of ABC’s 'The Good Doctor'