A yoga instructor is drawing inspiration from Marvel's 'Black Panther.' 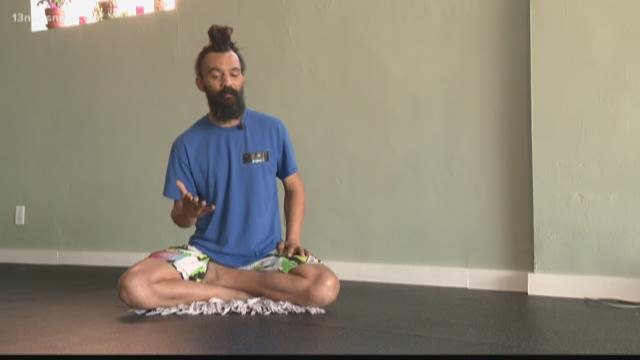 Artis Smith said the music from the film and the culture depicted in it touched his soul.

"It really was exciting for me to see that, seeing strong black women take the role of leadership and of support," said Smith. "I just went on a binge and started listening to African drumming for hours and hours."

He decided to create "Wakanda Yoga." Wakanda is the country over which King T'Challa rules and which he, as the Black Panther, protects.

Smith's Wakanda Yoga features poses based on a Kemetic style.

"Egyptian Yoga. And it comes from Africa. And it's based on hieroglyphs, and teachings," said Smith.

"The origin of the drumming is gonna be from West Africa and North Africa, and it's gonna be tempered to what's going on in that room at a particular time," Smith explained.

Smith will hold class on Sunday, March 11 at Flourish, located at 809 Brandon Avenue, Suite 210 in Norfolk.

Smith soon plans on offering the class twice a week in the evenings.