Bothered by the geese? Better get used to it.

The Canada Geese can be a nuisance but experts say they aren't migrating as much as they used to. 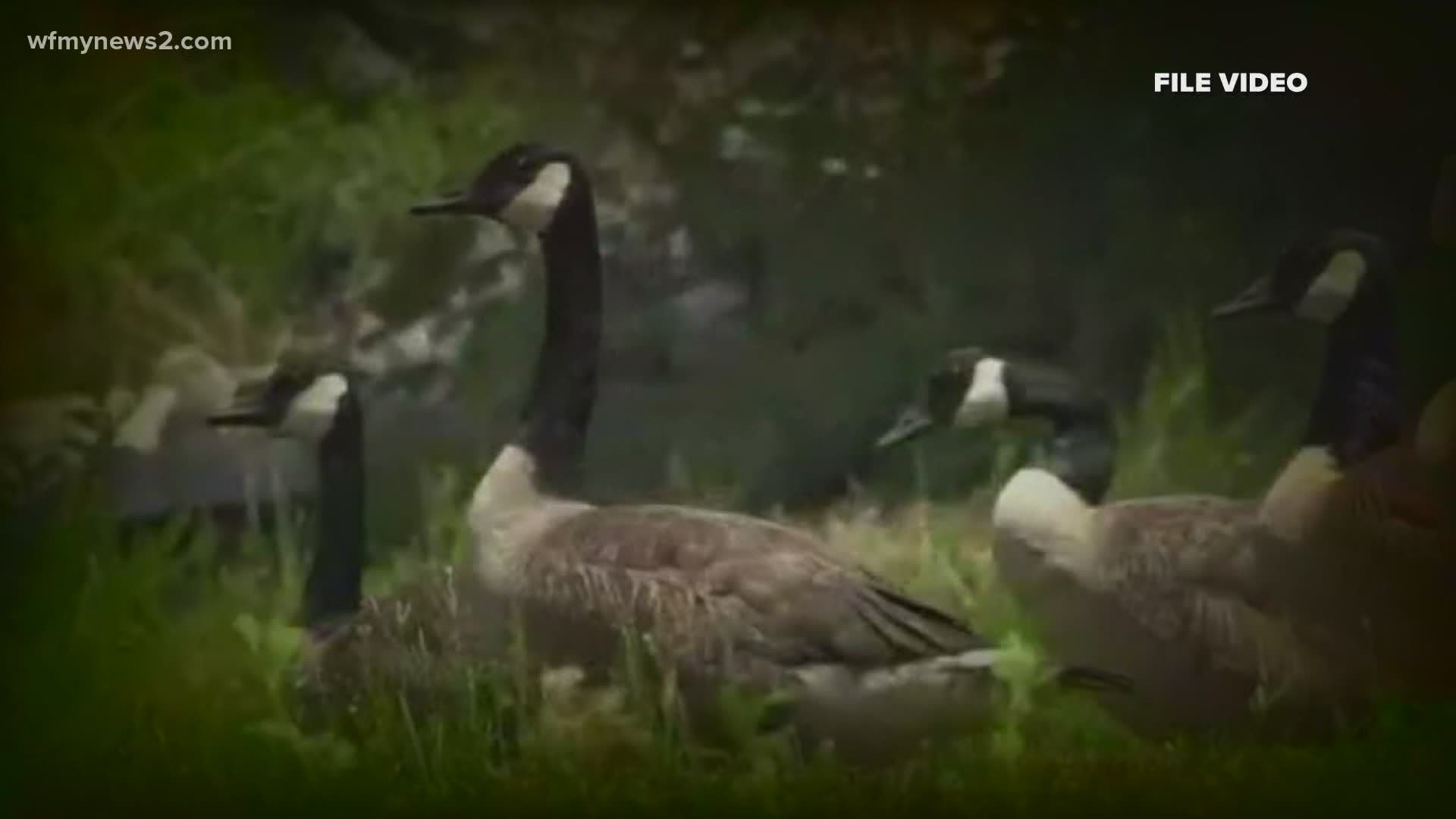 GREENSBORO, N.C. — You see them every year. The Canada Geese (and yes they are Canada Geese, not Canadian Geese).  They are in the Triad by the thousands and sometimes can be pretty annoying as they take over our parking lots, parks, and sometimes even our roads!

The question remains, are their numbers increasing and if so, why?

Gwen Kuykendall is with Goosemasters. That's an organization that uses herding dogs to move geese out of areas where they are causing a problem. She says we better get used to the geese.

"In the last 10 to 20 years these birds started modifying their migratory patterns meaning that they aren't leaving the area.  As the birds realize that the climate is more tolerable here many are staying instead of heading back to the Northeast as they used to do," said Kuykendall.

She went on to say that they are becoming urbanized which is why they aren't scared of much in the city.

"This explains why they will take their time to cross busy roadways stopping traffic in both directions," continued Kuykendall, "They aren't too aggressive except when it is nesting season, which actually is right about now."