Charles "Punk" Smith is described as a giant in the firefighting community. He served for decades and taught future generations how to keep people safe. 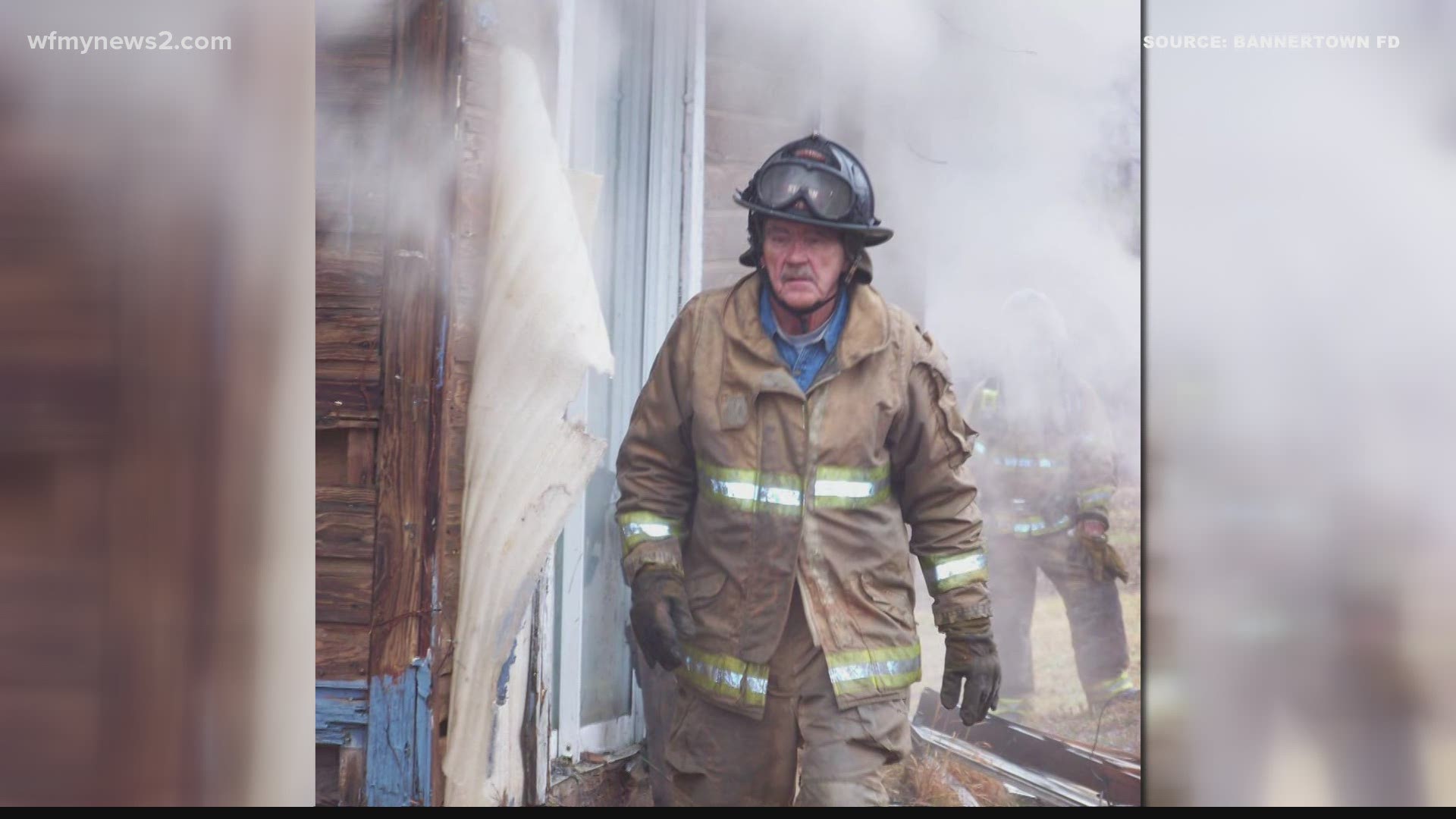 MOUNT AIRY, N.C. — When a bell rings it signals to firefighters that the emergency is over. On Tuesday, April 13th, it signaled the end of Charles "Punk" Smith's decades long service as a firefighter.

"Punk was the kind of person that everybody that he taught, they walked away telling you to respect fire, respect what it could do but not to fear it. He taught you to work together as a team and taught you that your leader was only as good as a team behind you and he always emphasized teamwork. Working with Punk, you know, it's just hard to measure how big of an impact his had on so many people," Rondale Ratcliff said.

Hard to measure but easy to see as multiple fire departments from across the state paid one final tribute to a man who taught them so much. A line of engines carried Smith's casket to his final resting place.

"It was a tribute that he deserved and it's probably one that he would've never told you he wanted and one that he would have never asked for because he was very humble," Ratcliff said. "But I think it was very fitting to see people from all over the county and outside the county come together to give him the sendoff."

Smith's legacy is deeply rooted in the local firefighting community. He was the last living founder of the Bannertown Volunteer Fire Department and well-known for his fire safety classes and LP-gas training.

Mount Airy Fire Chief, Zane Poindexter, says the knowledge he instilled in firefighters will live on for generations.

"A little bit of Punk is going to go on for quite a while."

Respect. It's word both men said described what Smith taught and what he stood for and it's what the firefighting community gave back to him Tuesday. With the ringing of five bells and a final service call, a group he gave so much to paid their final respects the best way they know how.