Child Named For 'Amazing Grace' Has Healing Connection To Hymn

Grace Luther's mother prayed for a sign. The next song she heard was the one she needed. 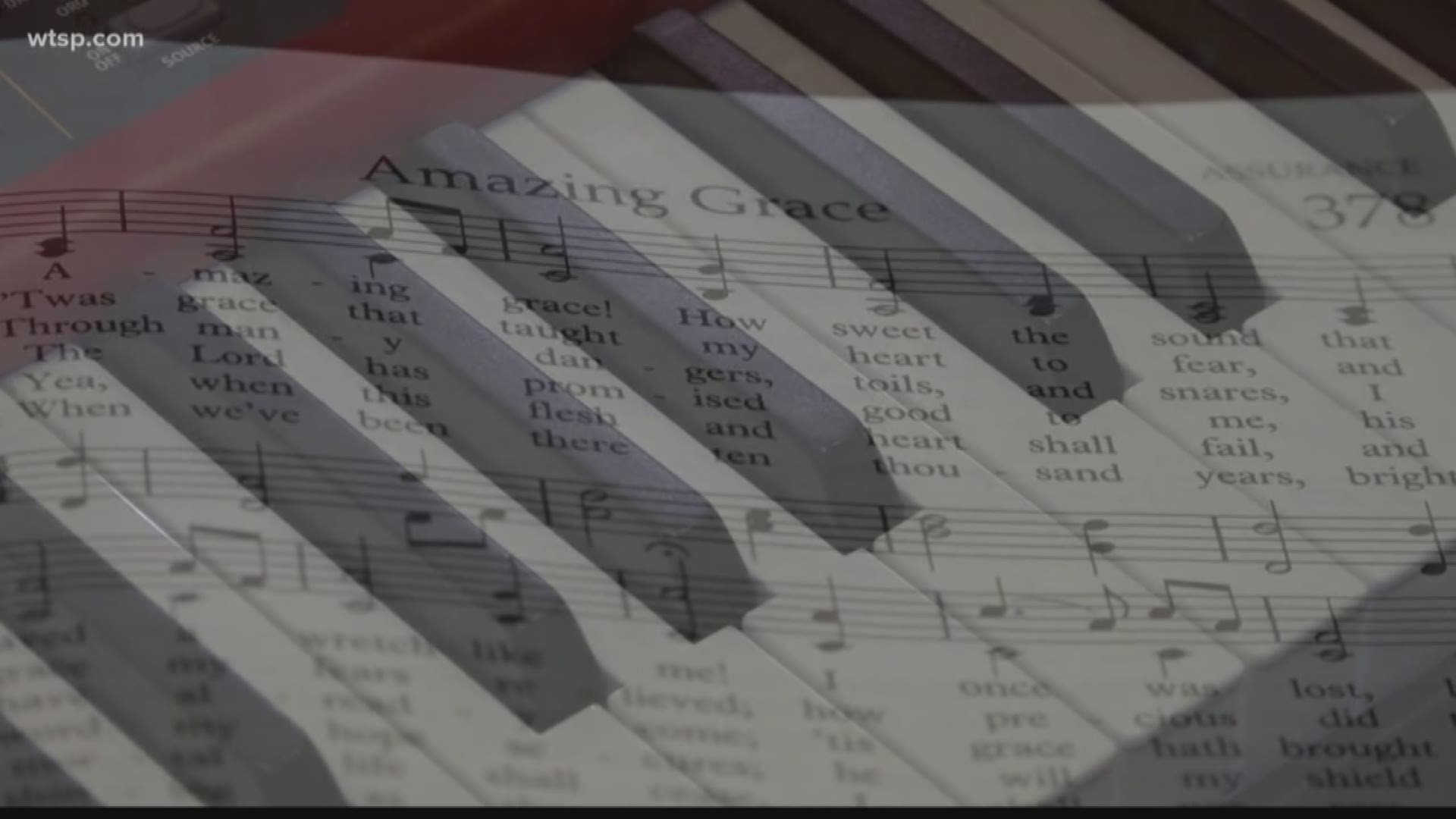 “It just feels like love,” said the Bradenton mother of two. “She and I sing it and we cry. It just feels different. It really does.”

She sings with her daughter, Grace, whom she named after the song. Ever since high school, Allie has known that would be her little girl’s name if she were blessed with a daughter.

“I think it’s pretty cool that I get to be named after a song,” said the first-grader.

The song has bloomed into a battle cry of sorts for the family. At the very least, it’s a faith anchor that helped them through a trying medical time.

“Little kids don’t have neck pain,” she said. “It was terrifying.”

Around Christmas time two years ago, Grace would frequently complain of neck pain. Allie would ice packs, new pillows, and even went to a chiropractor. Nothing eased the pain.

“I would wake up crying because it was hurting my neck," Grace said.

The issues would come and go. Eventually, the pain would become so repetitive, it drew major concern for Allie. X-rays were normal. Pediatricians were stumped. Nothing worked. A specialist was called in.

Grace had a brain tumor the size of a lime.

“I fell apart,” admitted Allie. “It was just getting more and more scary.”

The family attends Bayside Community Church. They went for a midweek service to sing and praise God. Even before entering the doors, Grace suffered another painful wave in the parking lot. Allie cuddled her in the car and suggested they go home.

The then-four-year-old protested. She really wanted to attend the service.

Allie sat in tears during the service. She decided to pray.

That was the day before the MRI. The successful surgery was a week later. Grace rebounded quickly.

“Grace’s recovery was faster than expected,” said her surgeon, Dr. George Jallo. “I mean, I think we had to actually slow her down.”

Grace had brain surgery at Johns Hopkins All Children's Hospital. She still gets MRI scans every four months and shows no signs of her tumor. She’s returned to her favorite activities: dance and soccer.

“I lived through a brain tumor,” she said with a spunky tone. “Normally people would be messed up and I wasn’t.”

It’s an amazing story her mother credits to God.

“She and I sing it and we cry,” Allie said of Amazing Grace. “It just feels different. It really does.”