'It's a safer way to travel': Motorhome mania hits Triad during pandemic

GM of Camping World of Colfax says sales have jumped at least 40%. 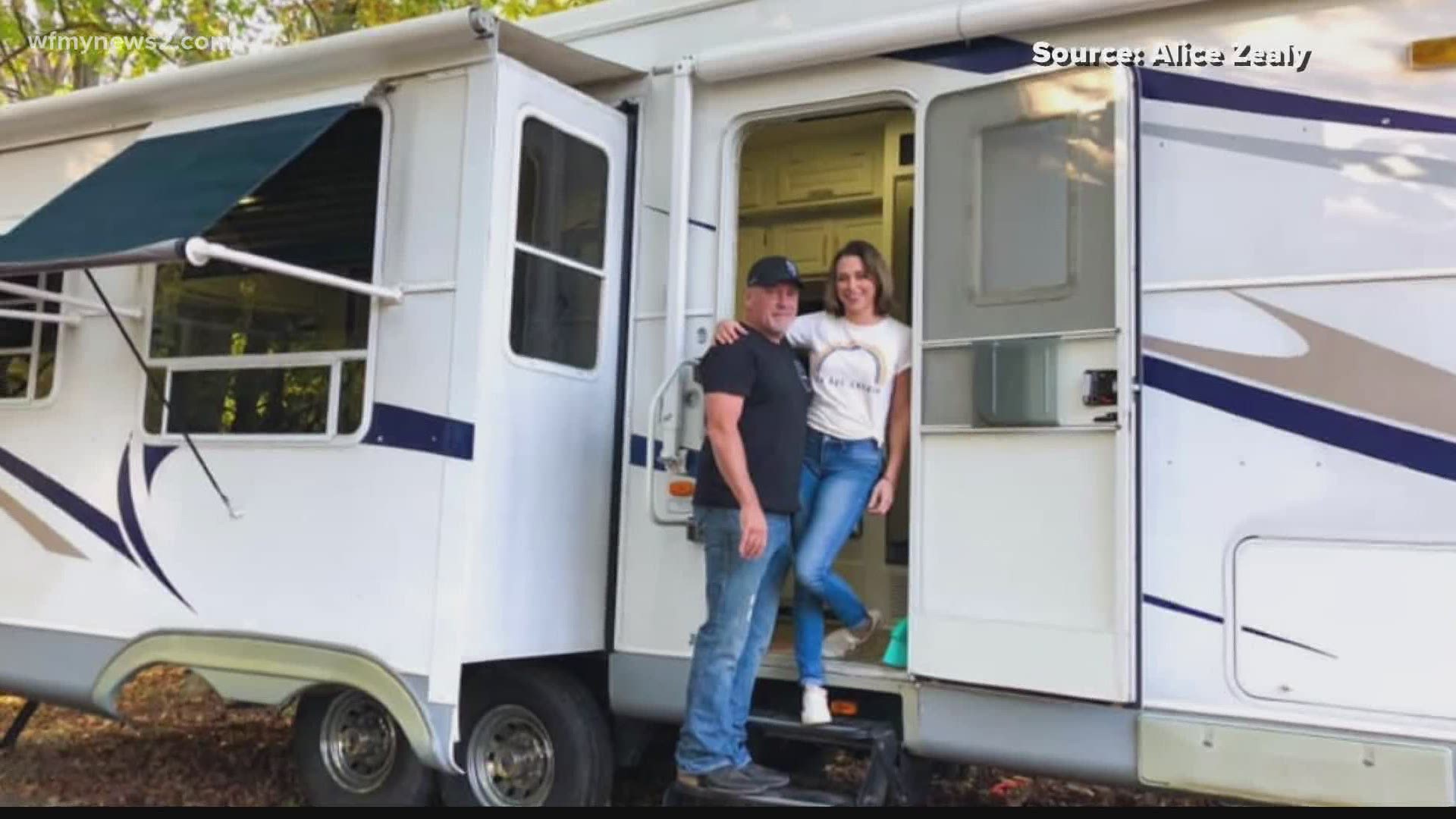 GREENSBORO, N.C. — The pandemic may have closed destinations, canceled flights and put cruises on pause, but Alice Zealy's travels haven't slowed down.

"It's a safer way to travel. I'm getting to travel more now," said Zealy, a camper owner.

Despite COVID-19 rules and restrictions in place for more than a year now, Zealy has been on the move in the comforts of her own home on wheels.

"We have a washer and dryer. We have a shower. We have a tankless water heater," Zealy said. "We never run out of hot water. It's as nice as any home I've ever lived in honestly."

"Especially in the environment that we're living in, we don't have to worry about the cleanliness of the place where we're staying. We take care of it. It's easy to pack up and go at your own leisure," Burkhart said.

Sixty-one million Americans plan to go RVing in the next 12 months, according to a recent survey from the RV Industry Association. The number was 46 million when the question was posed in May 2020.

The urge to safely travel has been a big boost to the RV industry. Brian Bailey, the general manager at Camping World of Colfax, said sales are up at least 40%.

"[I've"] been in this industry for close to 30 years and it is booming as I've ever seen it. On Saturdays, it looks like a Walmart in here it's so overrun. It's crazy," Bailey said.

He said the lack of selection at his business off of I-40 in Guilford County proves a camper craze is in full effect in the Triad.

National numbers have skyrocketed, too. According to RVIA, total RV shipments in March 2021 jumped 79% from the previous March to more than 54,000 units. It's not just new recreational vehicles that are selling. Pre-owned RVs are a big seller, too.

Zealy bought a used camper and spent six months during the pandemic and gave it a makeover.

"It was very empowering actually. I really enjoyed it, it made me feel like I could do anything," Zealy said.

Her hobby turned into a career. She created the new business after getting a lot of positive feedback on her before-and-after photos posted on social media.

Motorhome fixer upper before and after

"I was getting thousands of comments, thousands of likes and messages. They can't believe it's the same camper," Zealy said. "They're like this is amazing. The reaction I get from other people it’s unbelievable. It’s a good feeling."

As the owner of Rain 2 Shine Ventures in Archdale, she's now pimping other people's rides. She's currently in the process of turning three RVs from drab to fab. Her small business now has a waiting list. Because of the high interest, she's now in talks about expanding her business.

Everyone has navigated the pandemic in their own way. For Zealy, her journey brought her to a new career destination.

"The rest of the world slowed down and we were picking up. Even if it was a personal project, it turned into this so I couldn't be happier with everything," Zealy said.