Melva Houston, who lived in Mount Airy, will be memorialized downtown in a space they'll call 'Melva's Alley.' Organizers are raising money to bring it to life. 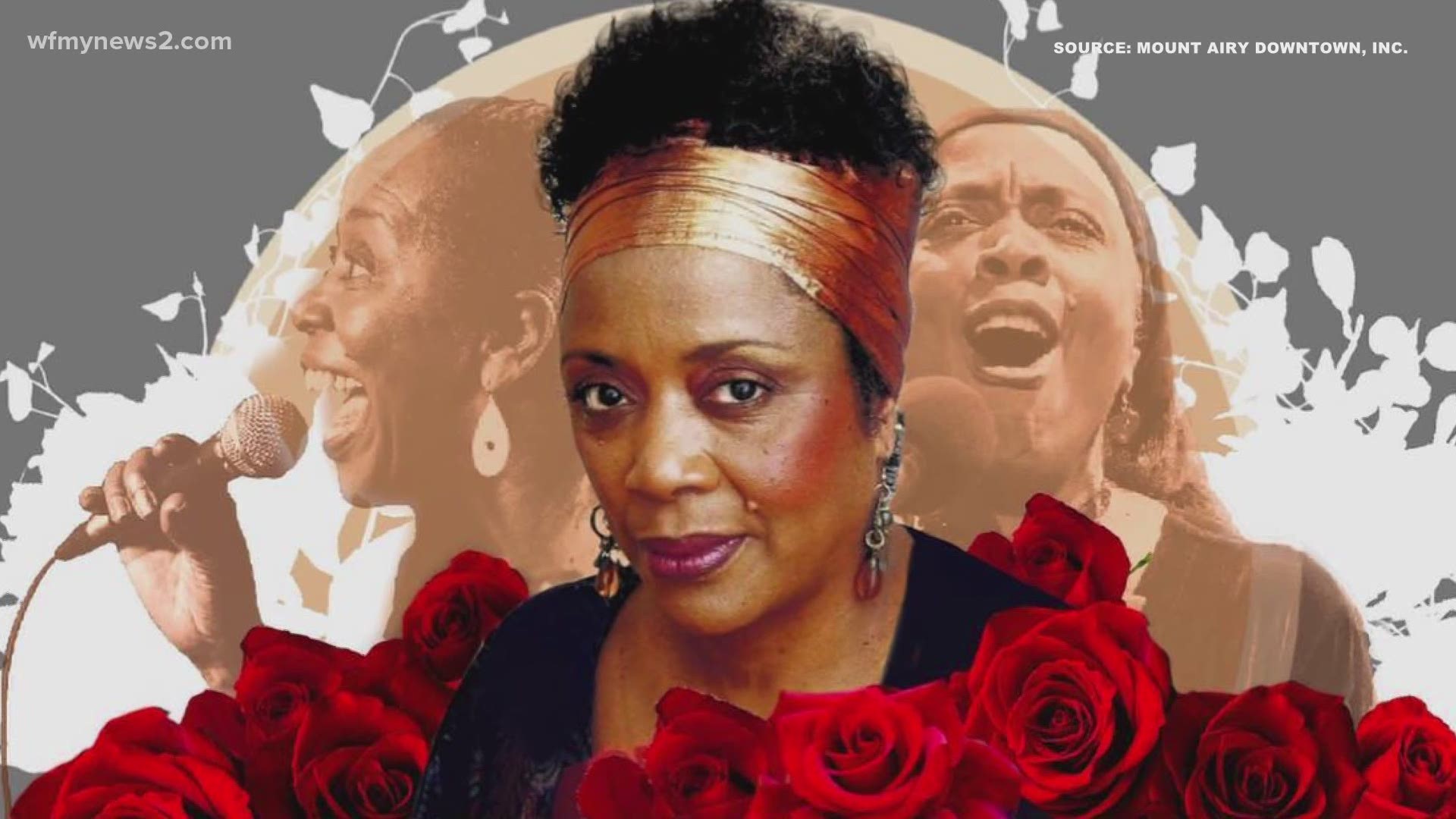 MOUNT AIRY, N.C. — Gospel, jazz and blues singer, Melva Houston, died from cancer in May. Houston, who lived in Mount Airy, was famous for her voice but people in the community knew her for her friendship and community work. Now, the city is transforming a space to honor her life and legacy.

"It started with an idea from one of her family members to come up with a, 'Melva Day,' to honor her with jazz and blues music and it has just snowballed into this permanent space featuring a large mural by the Greensboro artist Jeks," Lizzie Morrison, the Mainstreet Coordinator of Mount Airy Downtown, Inc., said.

The concept is to create a "Melva's Alley," off Market Street in the newly formed Market Street Arts and Entertainment District to honor her legacy and inspire the community. They're raising money to complete the project and have a goal of $30,000. To raise money they're offering live music, crafts and food every weekend through November from 4 p.m. - 11 p.m. on Market Street. You can also donate on their GoFundMe or by mailing in a check.

"Melva was an amazing musician who gave back so much to our community," Morrison said. "Not a lot of people know that she started this huge Thanksgiving meal program to feed people who couldn't afford Thanksgiving meals. She volunteered at a lot of the local organizations and charities and she also just shared her music with the community oftentimes for free."

RELATED: The Shepherd's House is just shy of their fundraising goal to build a new facility and re-build lives