Kayla White finished the indoor 200-meter sprint in 22.82 seconds at the Tyson Invitational at the University of Arkansas. 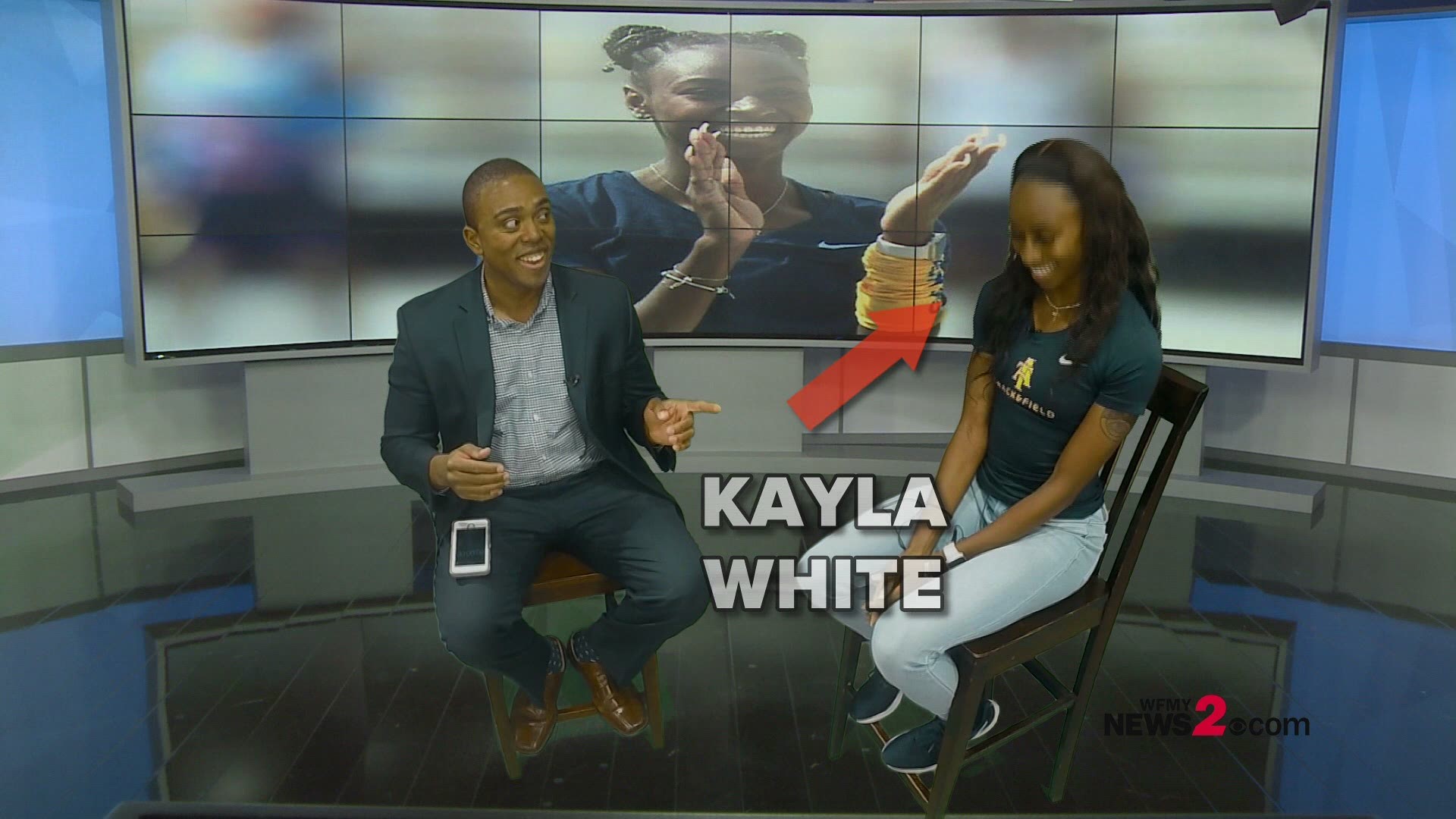 GREENSBORO, N.C. — They say the weekend goes by too fast, but North Carolina A&T sprinter Kayla White was gone in a flash on Saturday.

White finished the 200-meter sprint with the fastest time in the world this year at the indoor Tyson Invitational at the University of Arkansas. 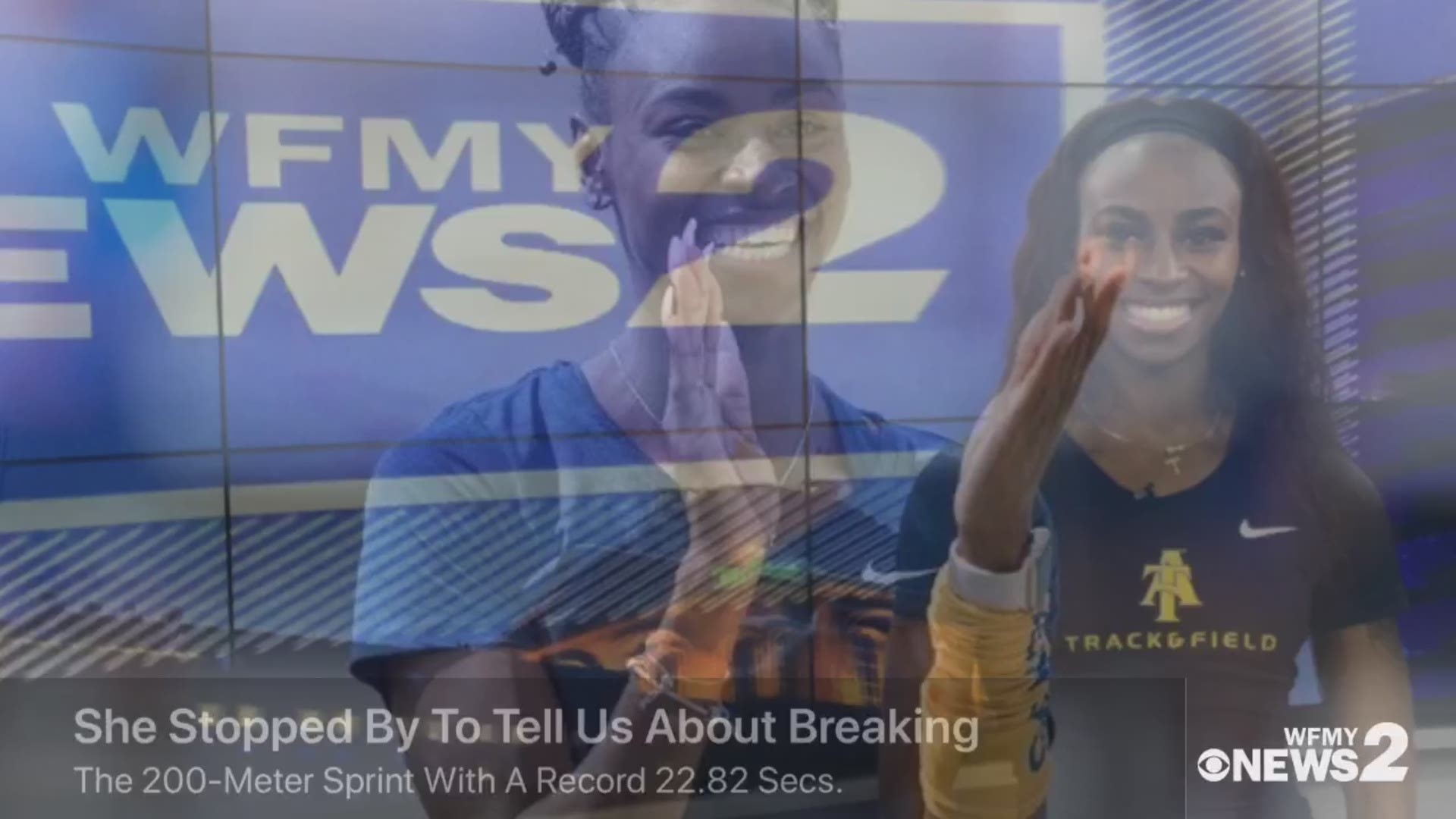 “She’s special,” said Duane Ross, N.C. A&T’s director of track and field programs. “She was due to drop something fast. Her training has been going well and she’s hungry to be the best. I knew the race was won once she stepped into the blocks. Her focus and preparation were great this weekend.”

White was a force at the MEAC outdoor track championships last season, winning gold in the 100 and 200-meter dashes, the 100-meter hurdles and the 4x100.

White is a senior from Miami. 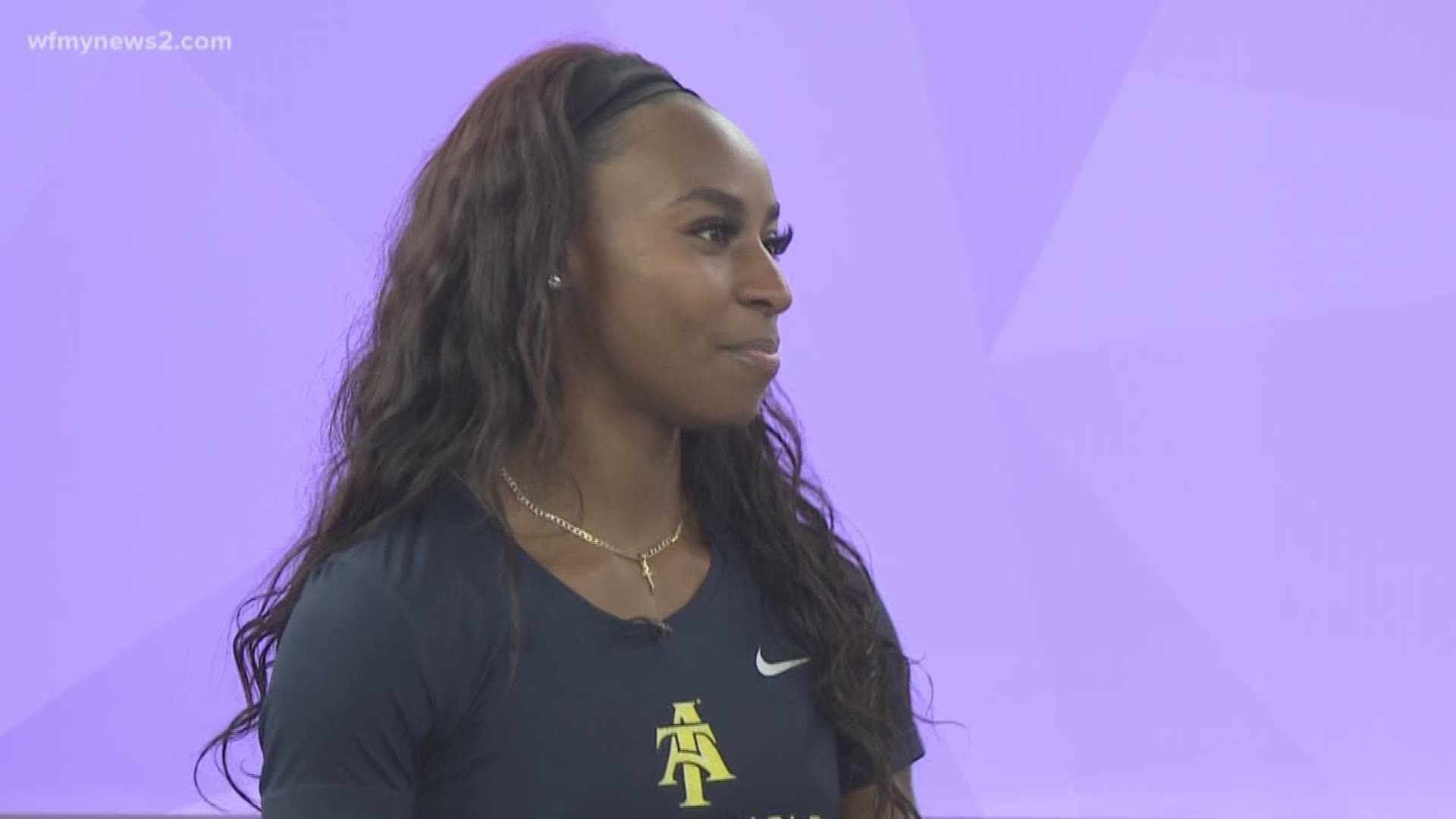 White took a few seconds away from the track to catch up with WFMY News 2's Patrick Wright Tuesday. She sat down for one minute of rapid-fire interview questions. The two covered everything from running track to her music selections.

In The Fast Lane With Kayla White

Here's a transcript of the one-on-one interview:

PW: When did you first realize you were fast?

KW: High School. Senior year, we were doing the 4x100 against our rival school, and I was anchor leg, and it came down to the last 50 meters, and I passed her, and we got US number one and a school record.

PW: Who got you into running?

PW: What's the first song on your pre-race playlist?

PW: Over under 10 minutes, how many seconds would you beat me by?

PW: Oh wow, you believe in me more than I do. Alright, your favorite place on campus?

PW: What do you do when you're not running?

PW: My last question. Your favorite part about running at A&T.

KW: My favorite part is the support we get from alumni.