Past presidential visits to the Triad

Eric Chilton walks us through a pictorial history of a few presidential visits courtesy of the Winston-Salem Journal. 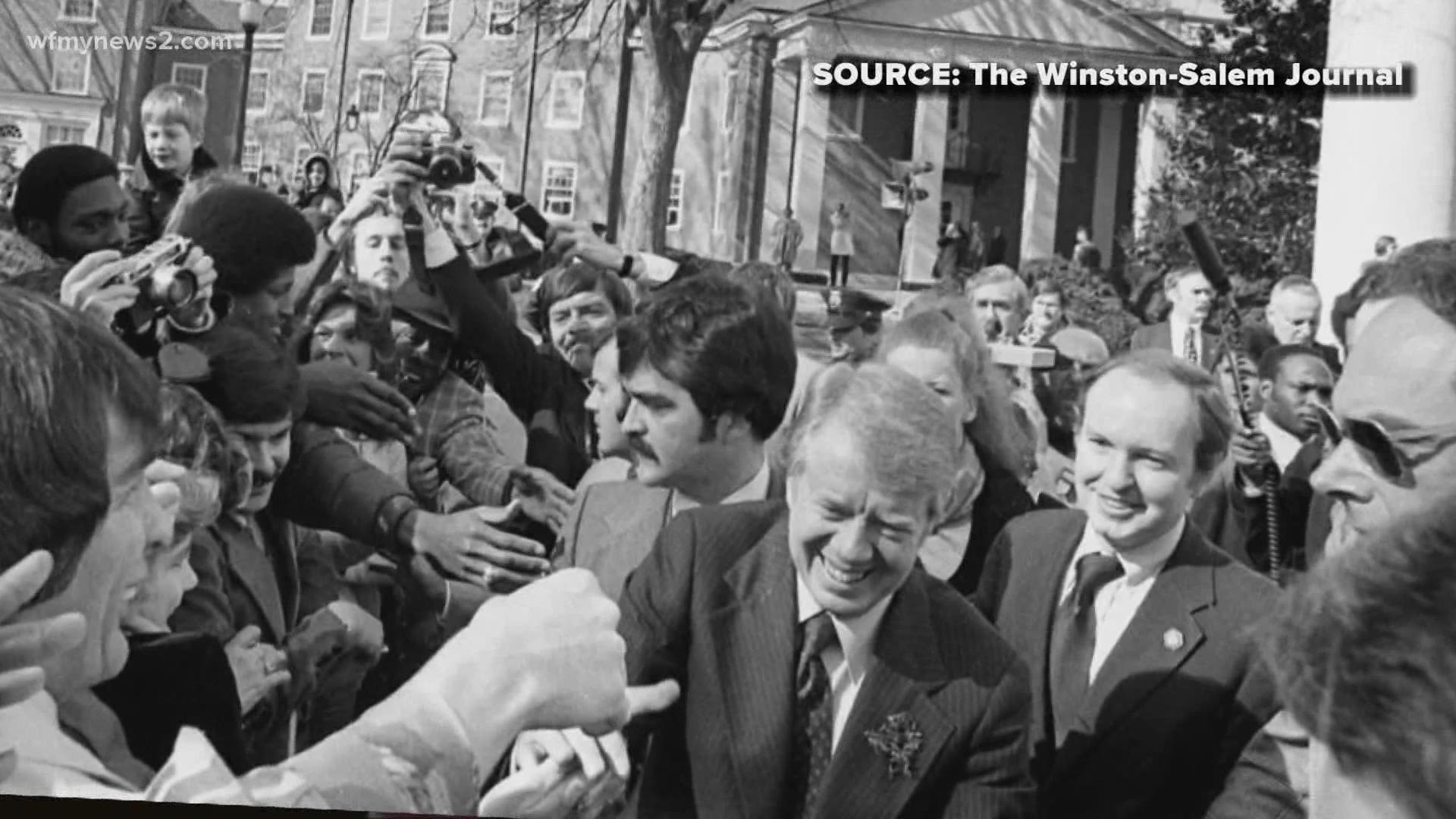 WINSTON-SALEM, N.C. — It is fascinating to look back at historical images especially when it comes to our Commander In Chief. Recently the Winston-Salem Journal did a pictorial trip through time that showcased some of the presidential visits to the twin city.

We begin our trip in 1951 when Harry Truman landed at Smith Reynolds Airport as crowds gathered for his visit. He even lifted the first shovel of dirt for the groundbreaking of Wake Forest's Winston-Salem campus.

Not too long after that in 1952, Dwight Eisenhower stopped by for a visit. The crowd loved him.

In 1960, prior to becoming the president, Lyndon Johnson made a stop on October 20th of that year.

We even found an image of former president Richard Nixon who came to Winston in 1989.

You don't see our next picture happen anymore. A president visiting a mall! Here is Gerald R. Ford visiting Hanes Mall in 1976.

Former president Jimmy Carter visited the Twin City once a year between 1978 and 1980.

Another image popped up of Ronald Reagan in 1976 speaking with Jessie Helms and then a pic of then vice president George Bush touring the R.J. Reynolds Whitaker Park facility in 1982.

Other images show Bill Clinton campaigning for his wife Hilary in 2016 as well as a picture of George W. Bush visiting with first responders in Winston-Salem a day after his State of The Union speech.

And a classic picture of former President Barack Obama getting off Air Force One with Senator Richard Burr waiting to exit as well.