Pledge My Check: Giving back to those in need one stimulus check at a time

Pledgemycheck.org encourages those who are financially stable to consider donating all or parts of their stimulus checks to those struggling. 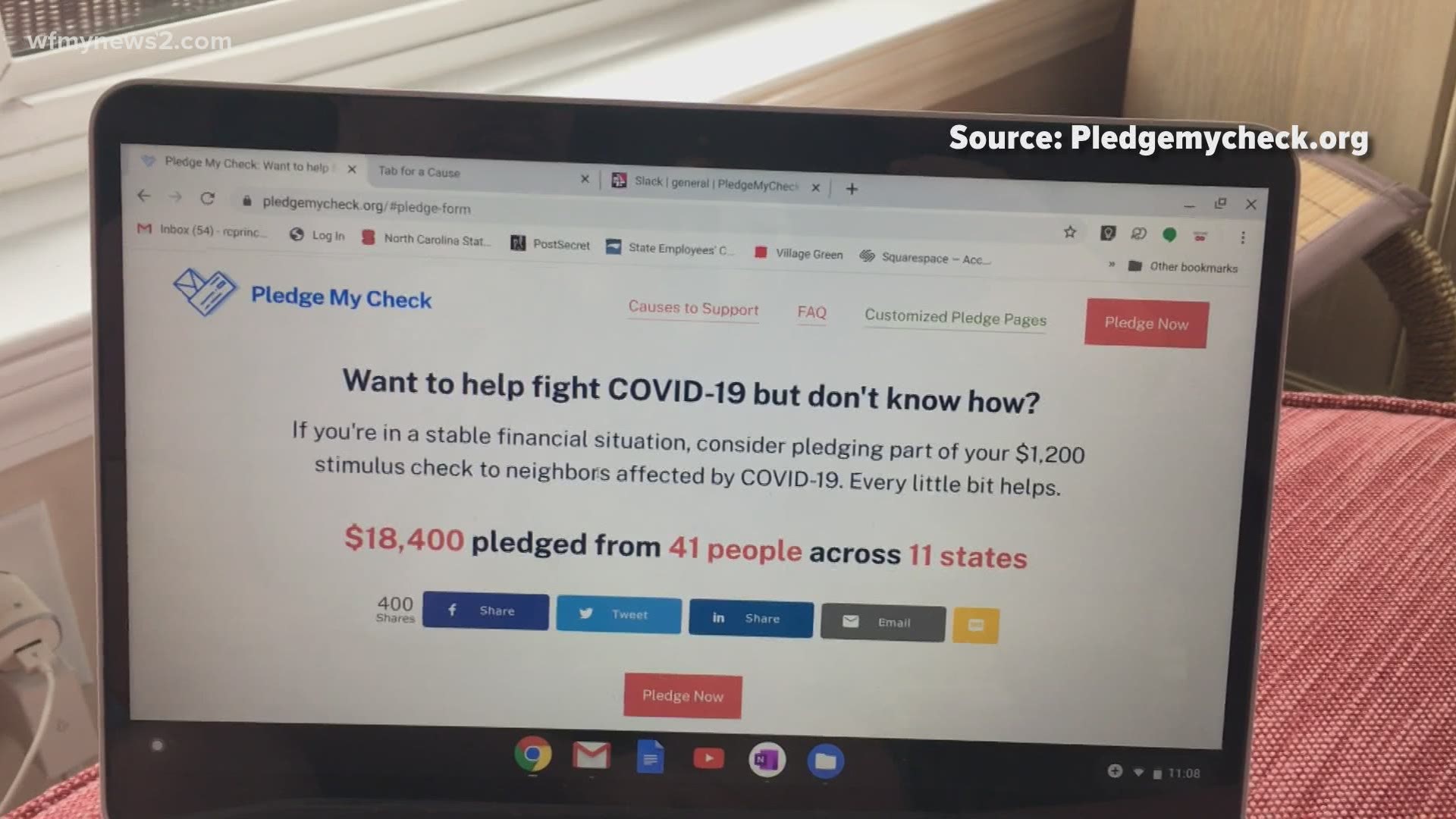 NORTH CAROLINA, USA — This pandemic has been hard on many of us.

A group from North Carolina is encouraging those who are in a more financially stable place to consider donating their stimulus checks.

Pledgemycheck.org was created last year around the time the $1200 stimulus checks were disbursed.

"We got together and a lot of us said hey what if for those who still have their jobs and are doing fine? This check is extra money. What if we made an easy way for people to donate it," Kevin Miller said.

The site is run by a group out of the Raleigh area.

"We are not collecting any money. We don't want your money. We were telling people to send it directly to an organization or a cause you care about," Miller said.

Folks can sign up to pledge to give what they can from their $600 stimulus checks.

The site tracks where the money is being sent from North Carolina to California and everywhere in between.

"We've had so many crazy crazy pledges people who donated to a neighbor who got laid off a hairstylist. Like you name it," Miller said.

With a second stimulus check already in the hands of some Americans, Miller said they wanted to make sure the site wasn't forgotten about.

"So if you were in the situation where you do have the resources to volunteer your time or your money for somebody else there's a lot of people who need help right now, Miller said.

Since the site's inception more than $257,000 dollars have been pledged.

"Which is nuts we had no idea that was going to happen I think we can hit 1 million we can do it," Miller said.

Making a difference isn't hard to do. Bethany Faulkner, website designer, said posting on the site can create a ripple effect.

"Share that news with us because it does inspire and encourage people to do it too," Faulkner said.