"If it wasn't for that blood transfusion, I do believe he would not be here today." 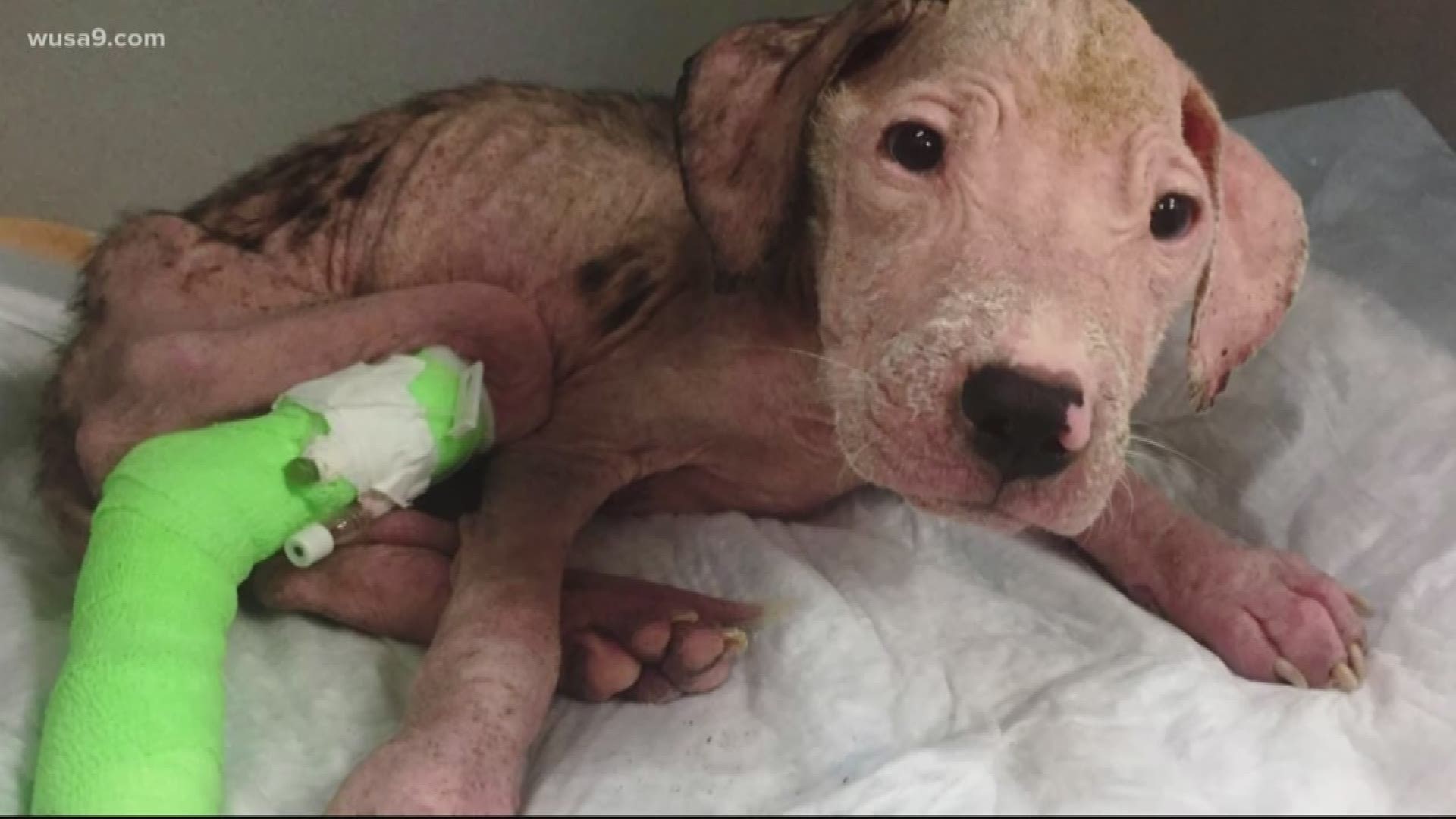 Many of us have never heard about pet blood donations, but they can save lives.

The nearly six-year-old pit bull Chase is so full of life now, it's hard to believe that in 2016, he was near death. "He was critically ill," Dr. Melissa Kelly said.

Kelly is a veterinarian and is also now Chase's adopted mom. He'd been badly-neglected and was severely malnourished, anemic, and unable to stand or even lift his head.

"If it wasn't for that blood transfusion, I do believe he would not be here today," Kelly said, of Dogs and Cats Veterinary Referral and Emergency in Bowie.

A blood donation from his buddy Camden likely saved his life.

"Right now there is a nationwide shortage of blood. And instituting blood donation programs helps us help our patients in need," Kelly said. She took Chase in after his recovery.

Vets insist it doesn't hurt the pets much to donate. Just a little stick.

They're in critical need of health blood donors like Snow, a five-year-old pit bull.

RELATED: 'We thought he was dead' | Shepherd the miracle puppy is recovering, but who dumped him?

Snow donates blood about every three to four months.

Snow almost died from neglect too. "We definitely have to do our part to pay it forward," Wenzell said.

Vets saved Snow's life. So now her mama's is hoping to save the next pooch. "She's probably the greatest thing that's happened to me," her voice choking with emotion.

To donate dog blood, your pet needs to be over 50 pounds, spayed or neutered, healthy, and up-to-date on vaccines.

Cats can donate blood, as well.

RELATED: Redskins cornerback gives back by donating blood in honor of his namesake