'So loving, so full of life' | Family, friends mourn loss of family killed in I-485 crash

Family and friends said they were a fun-loving, outdoor family and had their whole lives ahead of them. 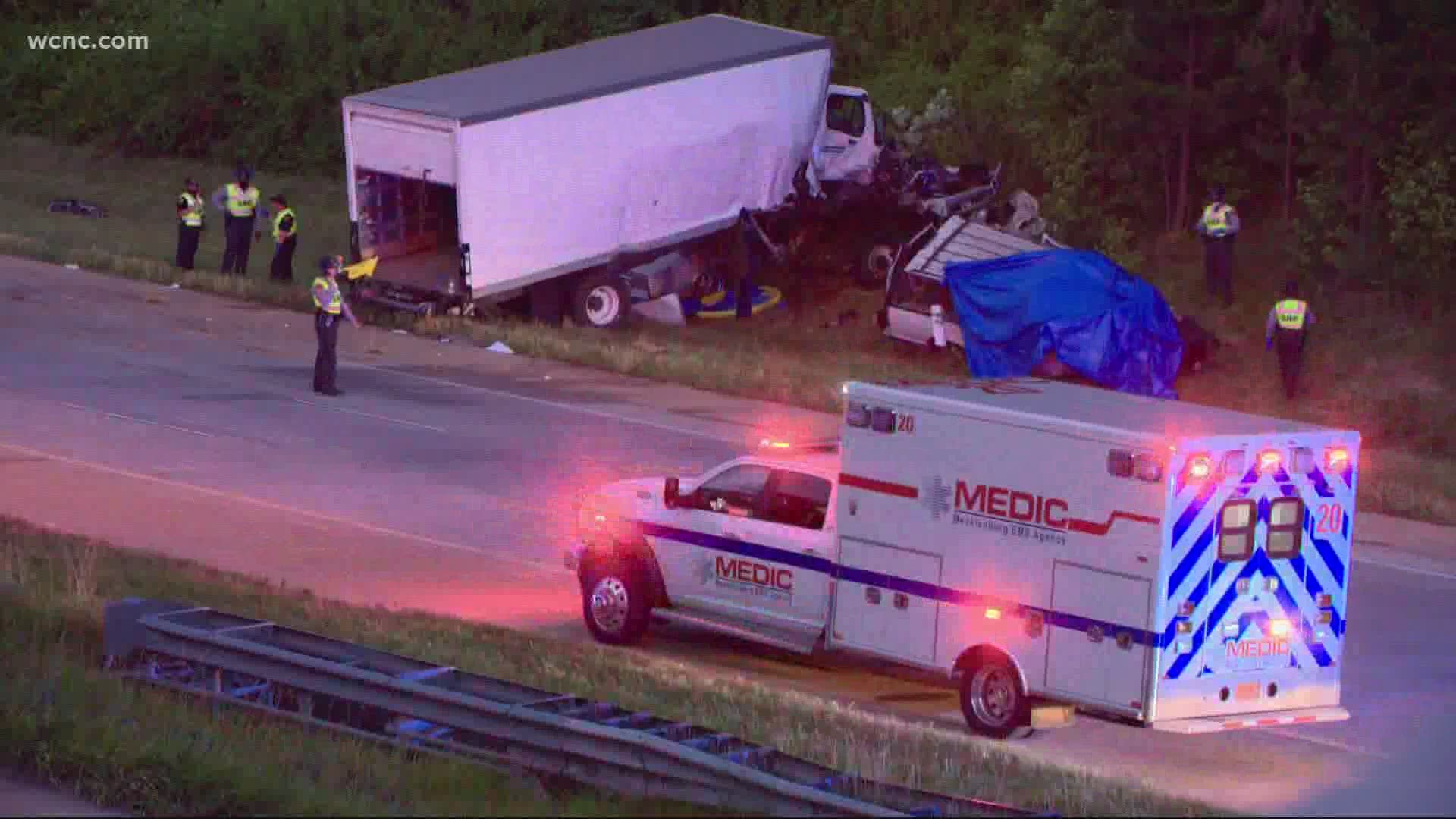 CHARLOTTE, N.C. — Five people, including four from the same Mount Holly, North Carolina family, were killed in crash Friday night on a section of Interstate 485 in Charlotte that ultimately resulted in the injuries of four others, including a North Carolina state trooper.

Matthew Obester and Andrea Obester, and their two daughters, 12-year-old Elizabeth Obester and 7-year-old Violet Obester were in their SUV when they were hit head-on, according to officials. They are now survived by their 14-year-old Jacob, who was not with them when the crash happened.

The chain reaction crash was caused by a speeding driver, who clipped a box truck that then crashed into two other vehicles, according to North Carolina Highway Patrol. Three were injured in the initial crash Friday, and a trooper was injured at the scene of the crash during the continuing investigation Saturday.

RELATED: Medic: 5 killed, several others injured in crash on I-485

RELATED: NC Highway Patrol: Trooper struck by vehicle on I-485 has life-threatening injuries

Family and friends of the Obester family said they were a fun-loving, outdoor family and had their whole lives ahead of them.

"There's just no way you would ever think that they're not going to come walking through the door," said Matthew's mother Lynn Sherrill, who is grieving the lose of her son, daughter-in-law, and two granddaughters.

"So loving, so full of life," Sherrill said.

"Everybody hit the floor crying,"said Ashley Jenkins, who worked with Andrea at the animal shelter, and said the two had been friends for about 10 years.

A GoFundMe page has been set up to give financial support to "lift Jacob up for his future."

Loved ones mourn family members killed in I-485 crash

Sherrill knows it won't be easy and feels a void in her heart, but she's holding onto strength.

"Thank you for all your love and support it's overwhelming," Sherrill said. "I just got to take my time."

"I would never wish anyone bad, but I hope he hurts bad," Sherrill said speaking of the driver accused of causing the chain reaction crash at the start of the Fourth of July weekend.

That driver and the driver of the box truck were transported to Carolina Medical Center in Charlotte for treatment of injuries.

Mark Barlaan, who was in the second car impacted by the box truck, died as a result of the crash. The Obester family was pronounced dead at the scene.

Charges against the first driver were said to be pending following the conclusion of an interview and toxicology results, the highway patrol said over the weekend.

North Carolina Highway Patrol Trooper Adolfo A. Lopez-Alcedo was assisting with the road closure when he was struck by a vehicle. He was hospitalized with life-threatening injuries.

RELATED: NC Highway Patrol: Trooper struck by vehicle on I-485 has life-threatening injuries