A Christmas tragedy: Family struggles with end of life care for their 12-year-old

When Kinsey made it to nine, they thought they passed the danger zone of it happening again. And then it did. 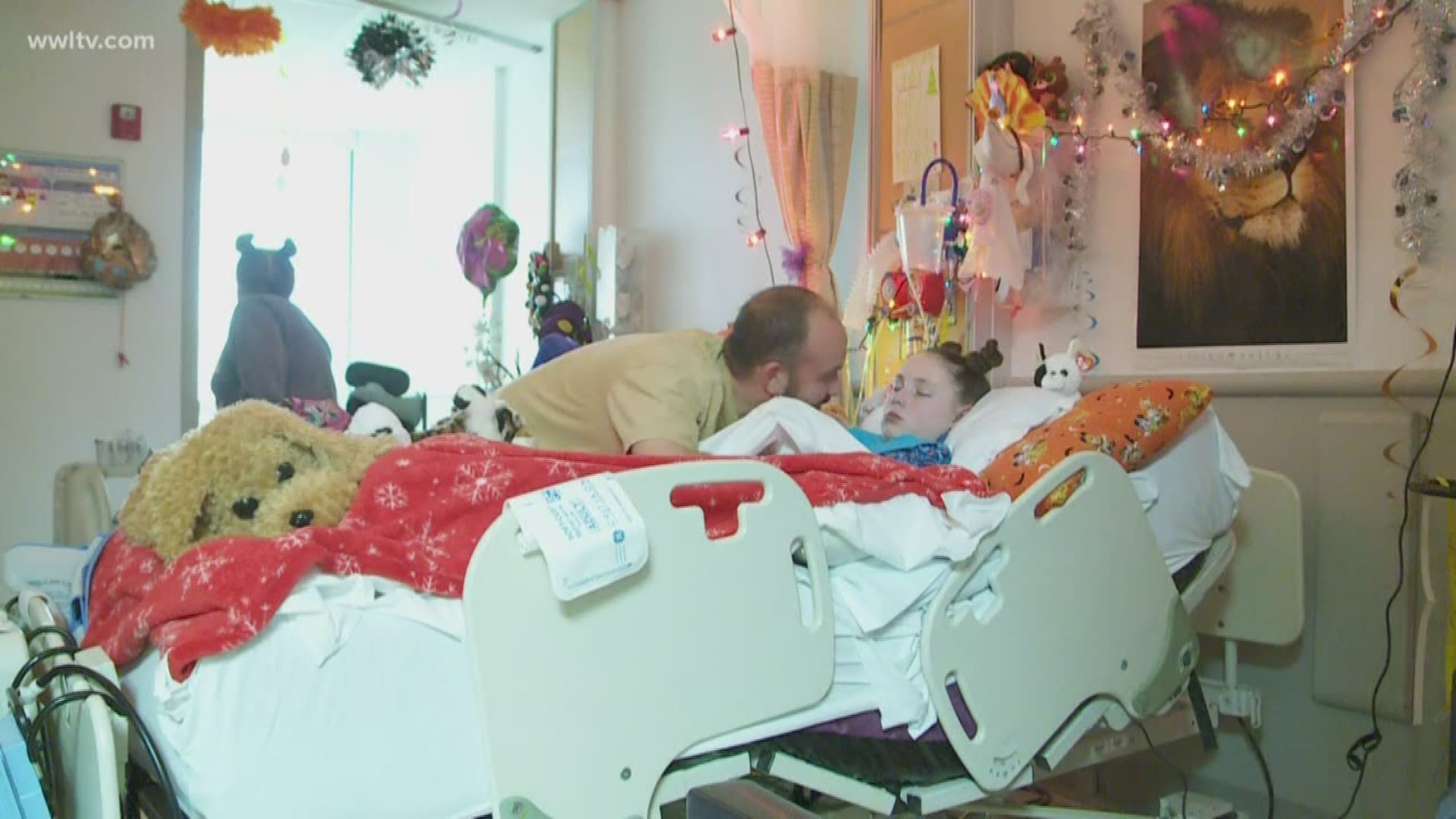 NEW ORLEANS — The holidays are about family. It's when we reconnect with long lost cousins, have dinner with the in-laws, and watch the kids tear open presents.

And there is a north shore family gathered together right now, spending every precious moment with each other, because of their little girl. This Christmas might be her last.

It may seem hard to understand. As Karen and Todd Joseph give end-of-life comfort care for their precious Kinsey, they still count their blessings.

"I'm okay right now, but I know I'm not going to be ok when everything goes down. I'm going to be a mess," said Kinsey's mother Karen Joseph.

This holiday season, they are thankful for 12 and a half years with Kinsey, and not just five like they had with their son Austin, when they told him good-bye.

"It was such a rare thing. It couldn't possibly happen again," said Karen

"One in the millions, so we got the one in a million," said Todd Joseph, Kinsey's father.

Austin died 18 years ago. Doctors thought the seizures were epilepsy. Later it was believed brain damage caused his rapid mental and physical decline.

When Kinsey made it to nine, they thought they passed the danger zone of it happening again. And then it did.

"December, the day after the new Star Wars movie. I remember it. It happened at the Sam's parking lot. She just had a seizure," said Todd.

Over the last 20 years, tests for each child have come back normal, even genetic ones. And then just two months ago, as Kinsey declined the same way Austin did, a team at Children's Hospital now say there is a rare genetic disorder disrupting the cells' biochemical processes. They are still unsure exactly what it is.

The Palliative Care team at Children's Hospital is making sure Kinsey and the Joseph family live and create memories everyday.

"I come to work every day and try to figure out how can I have this family have as much fun as possible. Even though we're in a place that we did not plan, we do not want, but we try to make the best of it," said Dr. Alexis Morvant, Director of Pediatric Palliative Care at Children's Hospital and Assistant Professor of Clinical Pediatrics at LSU Health Sciences Center.

So the Palliative Care team took the Josephs to the Audubon Zoo.

Kinsey petted Jean the elephant. Jean created art to hang in her room. Todd and Karen say their Christmas hope is for Kinsey to see December 25 and her new niece, due to arrive anytime, from her 25-year-old big sister Kelsea.

They say their children taught them the real meaning of Christmas gifts.

"'You have such a beautiful smile,'" Karen said Kinsey would tell people as she always looked to compliment them. "It costs nothing for anybody to be nice to anybody else, ever."

And the comfort and joy of Christmas will come from knowing Kinsey is no longer sick, and hanging out all the animals and big brother she never met.

"They'll be at peace together," said Todd.

The Joseph family is hoping to bring Kinsey to the Audubon Aquarium of the Americas soon.

If you'd like to help with a donation for the high medical costs, you can click here.

RELATED: Tonight will be the coldest night of the week