One woman decided to upload a video of herself doing a craft project. Five years and hundreds of YouTube videos later, she opened her own business. 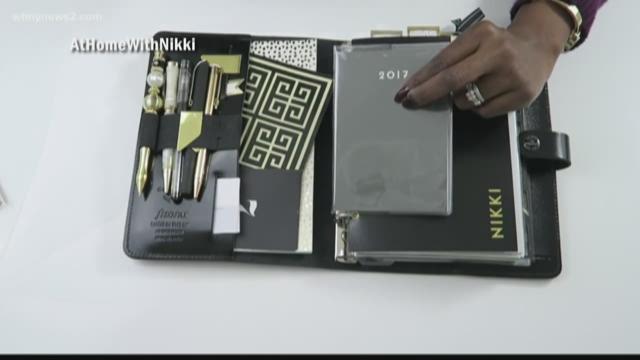 CHARLESTON, SC – Confession time. I, Hope Ford, am slightly addicted to YouTube. I spend a shameless amount of time watching YouTube videos. I’m not alone. Almost a billion hours of YouTube videos are viewed each day, in 76 different languages.

At Home With Nikki, is one of my favorite channels to watch. Nikki Boyd is a personal organizer and quite frankly, she’s phenomenal. I mean, really, the woman could organize Tic Tacs. And, what I really love about her, is the fact she started her YouTube channel and grew it into her own brick and mortar business. Which is different, as you normally see people start their business and then move to social media to help it grow.

Nikki’s based in South Carolina. I really wanted to share her story, so I reached out to her, then traveled four hours to meet her.

After setting up my camera and lights (something she’s familiar with as she films all her videos herself,) we sat down to go down memory lane.

“I didn’t realize you could make a living off YouTube,” said Nikki.

YouTube can mean big bucks for some content creators. Currently, 50 percent of the channels on the video-sharing site, earn six-figures a year.

Nikki spent the first half of her life traveling the world with her husband, Mike, as he pursued his career in the Air Force. In 2012, after moving back to the U.S., Mike had a few words for his beloved wife.

“He said it’s time to follow your dreams and do what you want to do.”

So, one day at home, “I filmed myself doing a DIY, because I’m a DIY kind of girl.”

She filmed herself putting together a teacup lamp and held onto the footage for almost two weeks before showing her mom.

And from there, Nikki kept going and growing.

“I just went from one tutorial to another and I started showing things around my home and sharing my projects that I do and it just formed into At Home With Nikki.”

After 5 years, she has almost 400,000 subscribers on her channel, where she shares home organization tips and home décor. She wasn’t expecting all the attention- and she wasn’t expecting to be able to help strangers watching her videos.

“I remember, I was in bed one night and a woman emailed me and said ‘I want to let you know, I got out of bed for the first time in two years after watching your video.’ Her husband had died and she was in a deep depression and she said she organized her fridge and packed lunch for her kids that day,” explained Nikki. “And to think, (something) I said or did helped her.”

Nikki eventually expanded, starting a second channel called At Work With Nikki, where she helps people organize their professional lives.

But, the expansion didn’t stop there. While Nikki makes money from video views and partnerships with advertisers, she decided it was time to take her business behind the digital. She recently opened her own professional organization firm.

“Starting with YouTube, I didn’t initially think I would have a professional organizing firm. It’s been a huge, amazing experience. A blessing and just unexpected.”

Of course, she shared the process with her subscribers, who now make up a large chunk of her business.

Nikki said the process not only helped her grow her monetary value, but helped her discover her own self-worth.

“Sometimes, as a housewife, uploading videos, you might think no one is listening or cares. But, they do. And your voice is important and it can impact so many.”

It goes to show, you never how your talent can help you further your career. But, Nikki’s living proof, sometimes, you have to just go for it.

“Just give yourself a shot trying it.”