Knoxville woman hikes 1,300 miles in remembrance of the events of Sept. 11 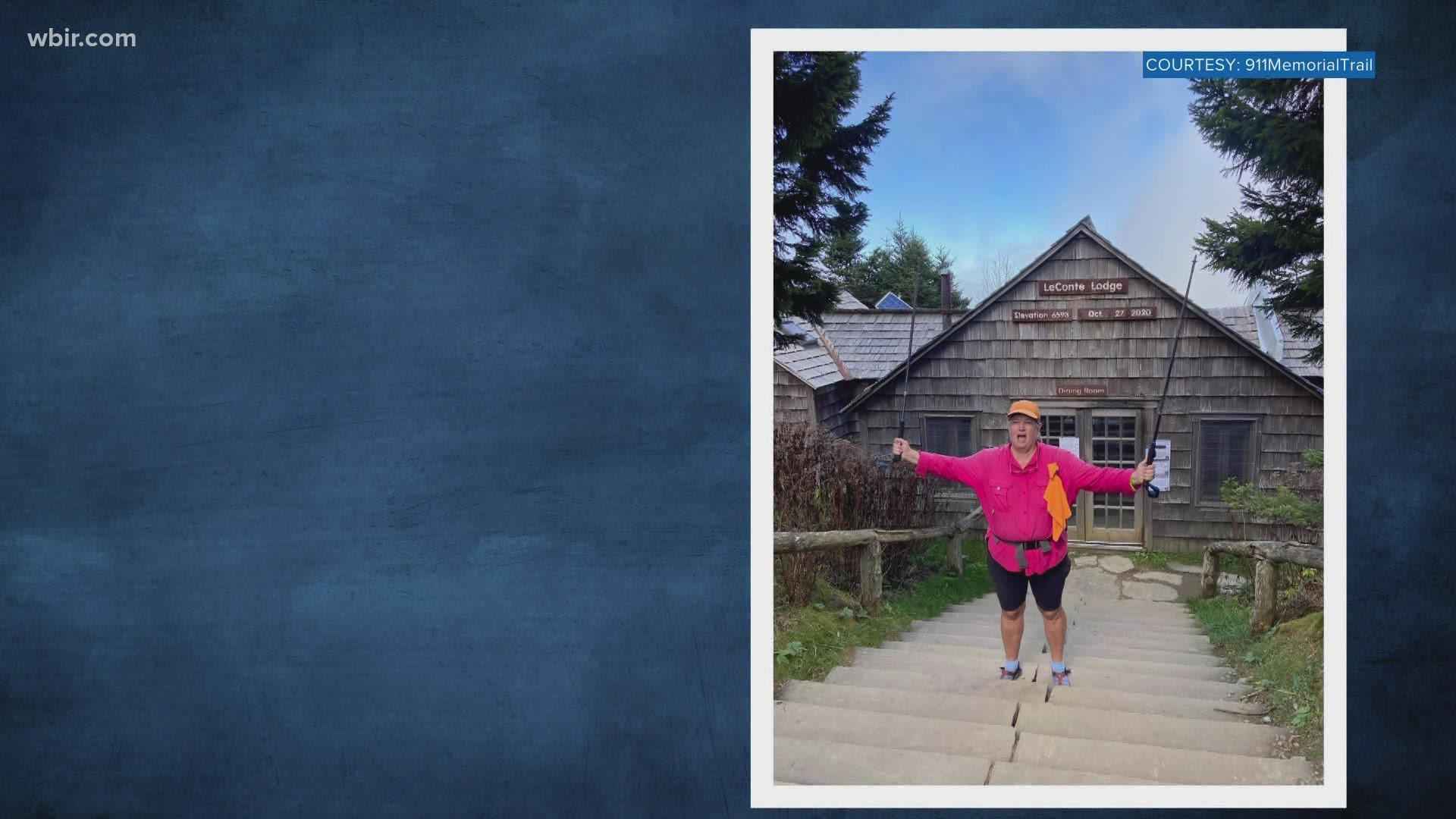 KNOXVILLE, Tenn. — More than 700 miles away from the National 9/11 Memorial in New York City, Knoxville hiker Jan Walker felt a connection in the middle of Cades Cove.

Her mileage log told her that when she entered the park, she was on mile 900 of her 1,300 milelong journey. If she were hiking the 9/11 National Memorial Trail — she would be in New York City.

The trail, which is still under development, spans more than 1,300 miles. It links the United 93 crash site to the Pentagon and the National Memorial in New York City. The 9/11 National Memorial Trail Alliance hopes to secure the trail's federal memorial designation before the 20th anniversary of the tragedy.

Walker said she hopes to travel the 9/11 National Memorial Trail in-person one day. For the sake of completing the virtual challenge, she logged her miles in one of her favorite places: the Great Smoky Mountains National Park.

Walker was the first virtual finisher of the challenge. She said it only took her only a few months to complete.

Officials with the challenge said that people who complete it will receive free swag to commemorate their achievements.