The stay of removal means Ortega can continue living in the United States, without fear, while lawyers work on her immigration status 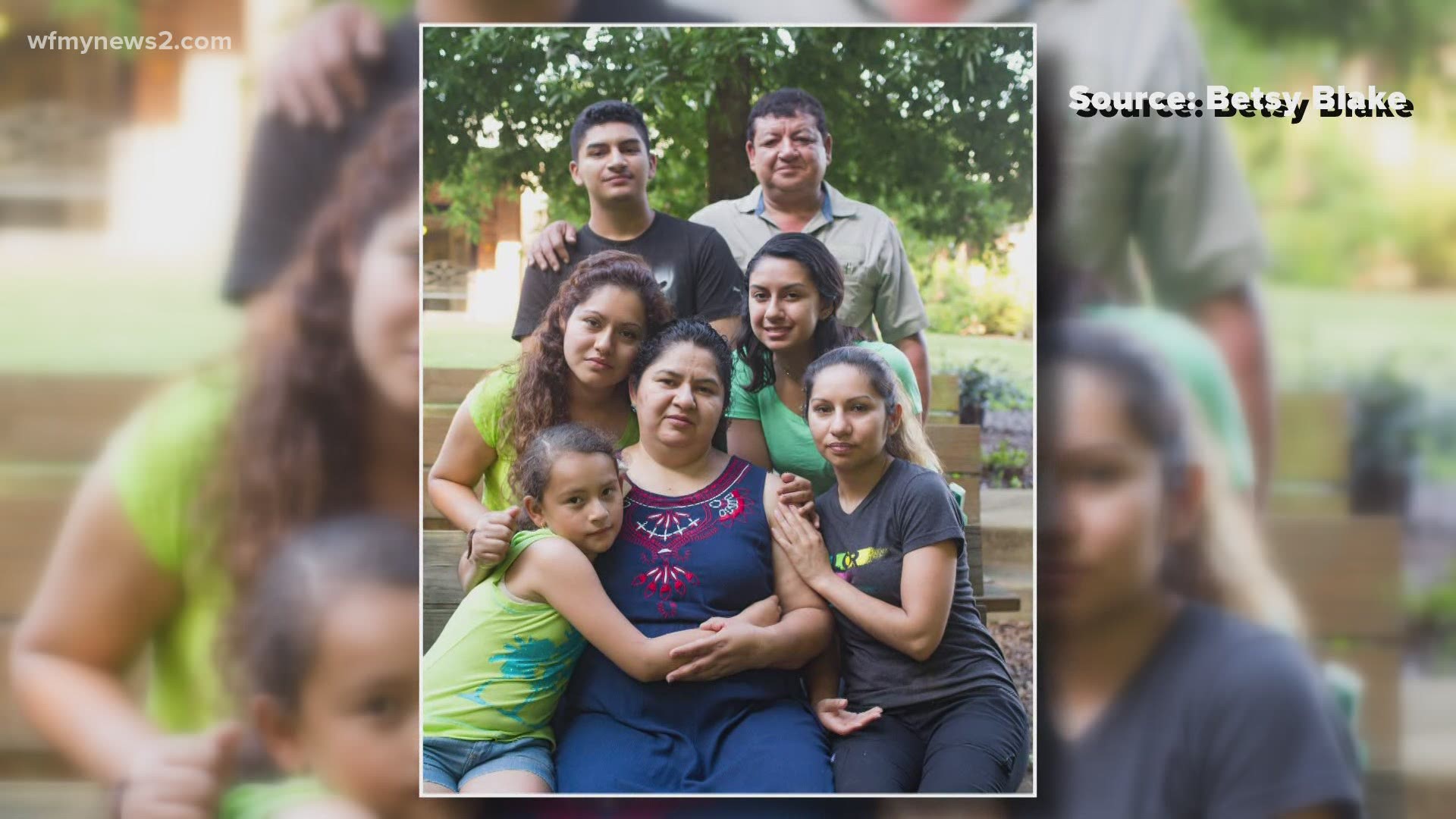 GREENSBORO, N.C. — A Triad woman has returned home and reunited with her family in Asheboro after living in a Greensboro church for almost four years.

In May 2017, Juana Ortega avoided Immigration and Customs Enforcement detention when she sought sanctuary at Saint Barnabas Episcopal Church in Greensboro. After 1482 days, the mom and grandmother learned she would not be deported.

Ortega was granted a stay of removal by the Department of Homeland Security and returned to Asheboro. She is the final person seeking sanctuary in the state to receive a stay of removal since the Biden Administration took office in January.

The stay of removal means Ortega can continue living in the United States, continue her seamstress work and have peace of mind while lawyers work on her immigration status.

"As you can imagine, it's been an extremely traumatic and stressful four years, and just given this great news, she just wants to take a couple of weeks before she can celebrate," said Kelly Morales, Executive Director Siembra NC.

ICE had issued orders for Ortega to leave the United States after they discovered she was in the US illegally for 24 years. Ortega had initially entered the US to seek asylum but had to return to her home country Guatemala when her daughter took ill.

ICE said she returned to the US with her underaged daughter. They said she regained entry into the country on false documents. She however began taking steps towards documentation and was checking in with ICE as required until things suddenly took a different turn.

"I went to my yearly appointment one day and then they said they had an order to detain me and deport me," said Ortega after she took sanctuary at the church.

At a gathering inside the church in May 2017 Ortega's family joined her to make a public plea from Saint Barnabas Episcopal Church where she's been till now.

"We ask you all to help us, help us stand by our family and fight," said Lesvi Molina, Ortega's daughter.

While her mother was in sanctuary Molina gave birth to a son. Nearly a year and a half later, Juana would finally be able to visit her grandson at home.

"God has been good to us and the day we've been waiting for has finally arrived. We're so grateful to be able to return to normal life as a family," said Molina in a statement after the development. The stay of removal is a legal victory for the family and advocates who organized and worked towards this outcome.

"What this means is that she is not in imminent danger to be detained and so she can stay in this country and in North Carolina without fearing deportation," said Morales.

Ortega was the first person to seek sanctuary in the South East. She inspired six others who took sanctuary in churches in cities across North Carolina. Those individuals have since returned to their families.

"Biden changed the priorities of who is going to be deported or detained which also helps influence and create extra pressure, which we have also been doing through applying locally for the ICE agents to change their decision," said Morales.

Advocates said they would continue pushing for people to stay with their families while they are going through the immigration system.