A quick Google search of 'how to induce labor naturally,' will fill your screen with answers like exercise, sex, acupuncture, and primrose oil. But a group of friends in the Queen City say they've found the trick... and it's all in the sauce. 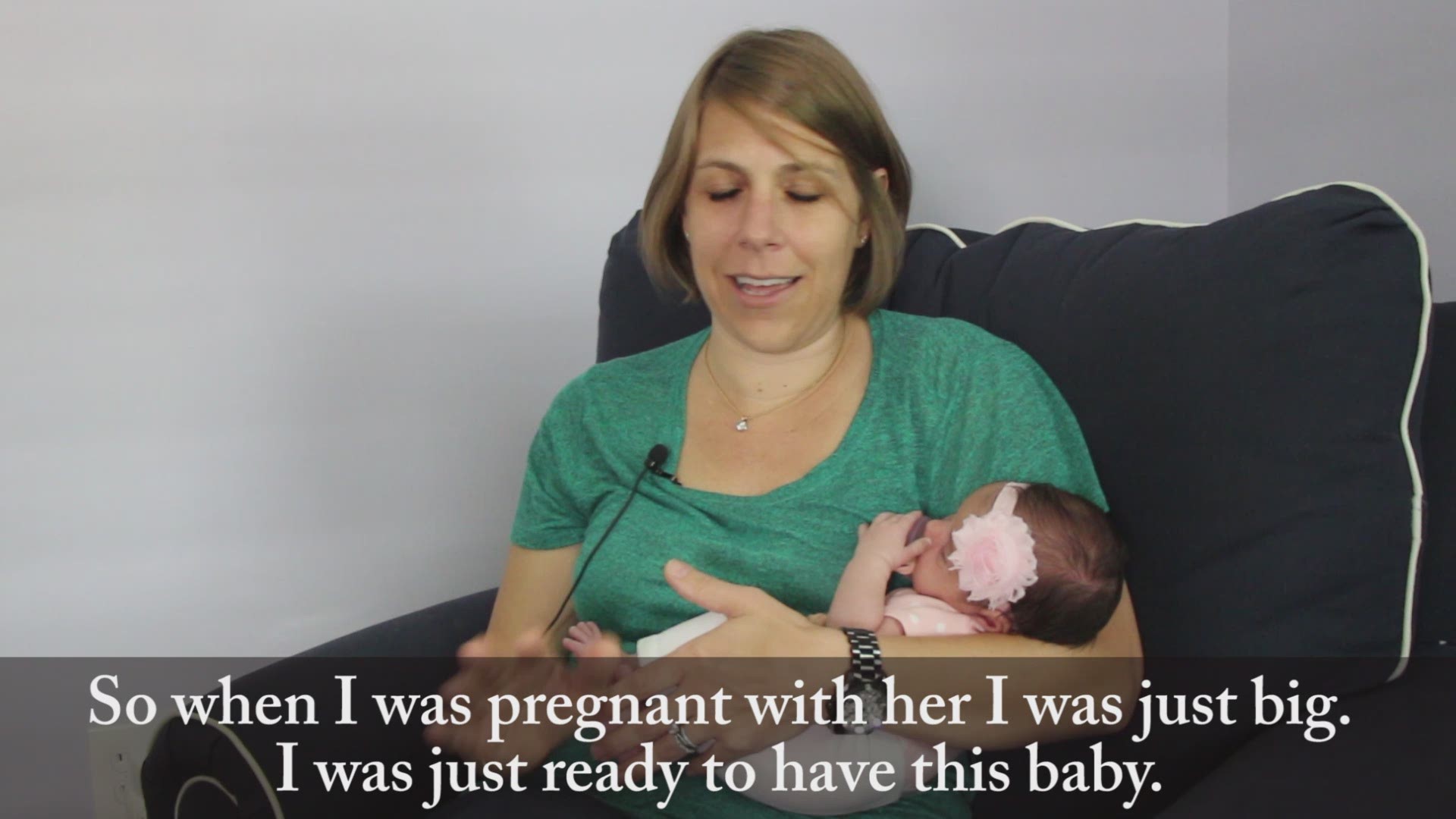 CHARLOTTE, N.C. -- A quick Google search of 'how to induce labor naturally,' will fill your screen with answers like exercise, sex, acupuncture, and primrose oil.

But a group of friends in the Queen City say they've found the trick... and it's all in the sauce.

"I have a group of friends who have said for years now they believe that this one pizza has put several of them into labor," mother of two Henley Schmiedel says.

Two of Schmiedel's close friends have turned to what they aptly nicknamed "The Inducer," when they were more than ready to give birth. One mother's water broke as she ate the pizza, the other went into labor within hours.

(Courtesy photo)
Their aptly titled inducing trick is formally titled the Buffalo Wing Pizza and comes from Hawthorne's New York Pizza & Bar in uptown, Charlotte. The pizza is made up of Hawthorne's special medium-hot buffalo sauce with chicken and mozzarella cheese.So, when Schmiedel was 38 weeks pregnant with her second child and feeling more ready than ever to meet her little girl, she decided to give the pizza a try."I thought it was a wives' tale," Schmiedel admits. "I didn't think it would work, didn't think anything about it."Schmiedel says she ate the pizza at 7:30 p.m. and at 11:30 p.m. her water broke. The following morning, Schmiedel texted her friends who weren't yet aware she gave birth."I sent a picture of her and all I said was maybe her middle name should be Hawthorne's," Schmiedel says. "They said, 'We told you, we've been telling you for years this works!" Since the group of friends shared the story of social media, Hawthorne's has been a hot spot for pregnant women. The restaurant has been told of three births occurring in the last week alone after women ate the pizza."I had heard rumors of this happening over the years," says Hawthorne co-founder and owner John Adams. "I definitely think it's the sauce, the spiciness and content of the sauce... it's spicy, but not too spicy, probably just enough to induce a baby."The spicy pizza's inducing ways are catching fire among soon-to-be moms. Adams says the restaurant recently received a call from a woman as far away as Texas asking if they can ship the pizza. As for the Buffalo Wing Pizza's formal title, the restaurant plans on adding Schmiedel and her friends' nickname for the pizza on the menu."We've gotten together and decided to put a subtitle to it," Adams says. "Hawthorne's is all about families so if we can start a family or add to a family it's really a win-win."