She was charged with reckless conduct after her 4-year-old son went outside unsupervised to play with the neighbor. The neighbor's mother called deputies. 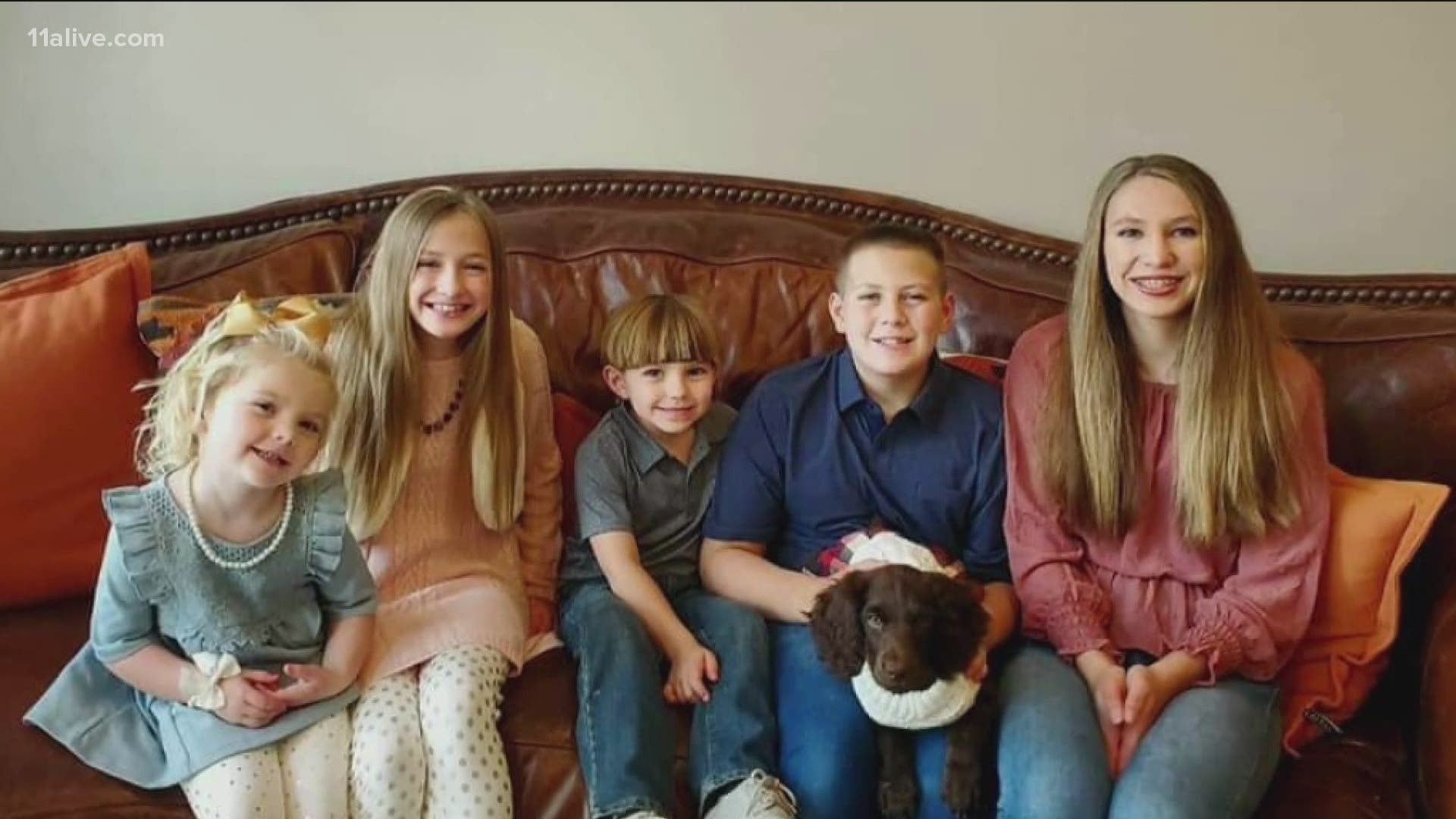 BLAIRSVILLE, Ga. — A single mother of five in Blairsville is facing reckless conduct charges after struggling to find childcare during the pandemic.

She asked her 14-year-old daughter to babysit, so she could return to work but she said when her young son slipped out the door, the mom ended up being arrested.

Melissa Henderson and her attorney, David DeLugas, are fighting to get the charge dropped, calling it an overreach by law enforcement.

DeLugas is the Executive Director of Parents USA and is representing Henderson pro-bono.

“This has just been a nightmare,” said Henderson.

Henderson said being a single mother of five children during a pandemic has been tough. She said first she lost work and then childcare wasn’t available anymore.

But in May 2020, Henderson said she was able to go back to work for just a few hours a day.

“All the daycares, all the schools, the previous daycare my children went to were all closed so my almost 15-year-old daughter, I left her in charge to watch over her siblings,” said Henderson.

But just a few days after returning to work, Henderson said she came home to Union County sheriff’s deputies outside of her house, responding to a neighbor’s call regarding her son.

“My 4-year-old son saw his friend next door playing and went outside to play with him and as soon as his mom saw him, she brought him into her house and called the police instead of calling me or sending him home,” she said.

A Union County Sheriff’s Office report said Henderson’s 14-year-old daughter noticed her 4-year-old brother was missing and found him at the neighbor’s house within 10 to 15 minutes.

But a few days later, Henderson was arrested and charged with reckless conduct. Her lawyer said that never should have happened.

“In nearly similar factual situation, back in 1997, the Georgia Supreme Court ruled that the reckless conduct statute, which is what Melissa’s charge with, cannot be used against a parent,” said DeLugas.

The Georgia Department of Human Services said the state doesn’t have a law on the supervision of children, however it does refer to guidelines from DFCS, one of which says children 13 and older can babysit if authorized by the parent.

Henderson said she fears this could happen to other parents.

“I’m constantly in fear of leaving my children that I could be arrested again,” said Henderson.

The Union County District Attorney’s office says while it understands Henderson’s difficult situation, it says this is the second complaint the child wandering outside alone and that a warning was issued the first time.

DeLugas said the first incident has no relevance to the second one because each time, he feels Henderson did not commit any crimes.

Henderson’s next court date is July 1, and DeLugas will ask a judge to drop the charge.