GREENSBORO, N.C. — Nothing seemed likely to stop the party at Brittany and Matt Kiser's Kress Terrace wedding on April 15, 2018. Not even the violent wind gusts and heavy rain, until it did.

After the couple’s wedding ceremony, they went up to the venue’s outside terrace for their “cocktail hour.” Soon after, venue staff asked everybody to go inside because of the rain.

“Everybody was back inside and that's when we came back out,” Matt shared in an interview, looking back at their special day.

The photographer asked the couple if they’d be willing to step outside for pictures in the rain.

RELATED: Looking Back One Year Later At The First Video Of The April 15th Tornado

After posing in the storm as the new Mr. and Mrs. Kiser, things got a little scary.

“They came and got us and then told everybody to get downstairs because there was a tornado warning,” the husband explained.

They moved inside, and the celebration continued.

It wasn't until a few days later the couple's photographer, Jo Lindsay, realized something was in one of the shots.

“She reached out to me and she said, "Look at this photo that I got!"” Brittany said.

Triad Photographer Captures Tornado In The Middle Of Wedding Shoot 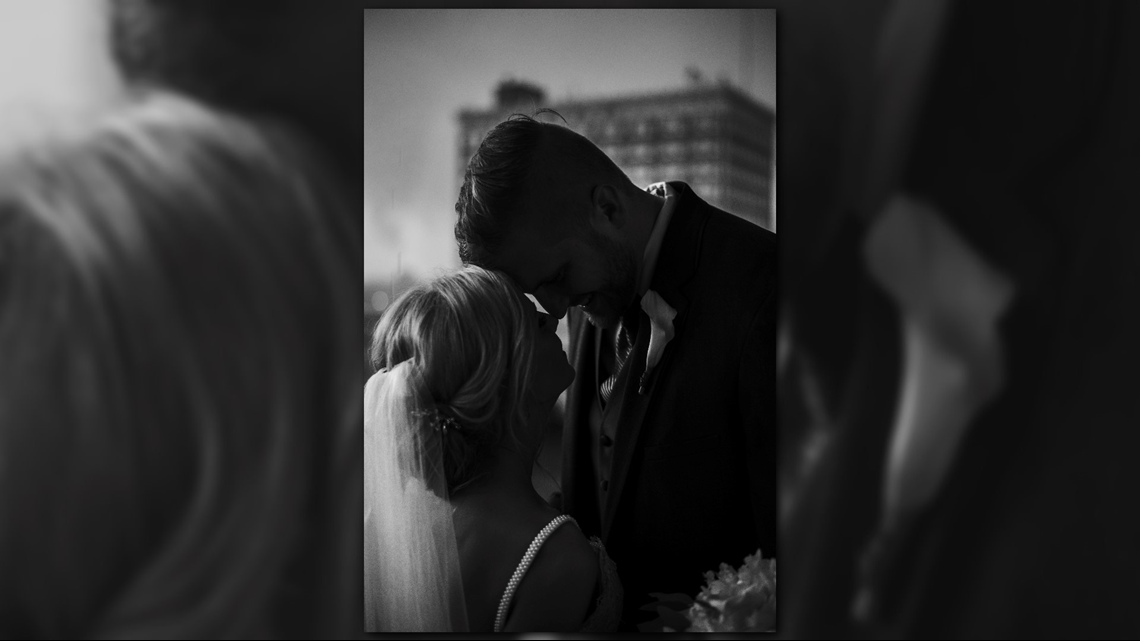 The newlyweds are standing under an awning with East Greensboro in the background. At the top left corner, you can see a funnel shaped shadow… It's the tornado.

At first, the photographer couldn’t find any signs of the twister, until she played around with her editing software.

“I brought down the exposure and realized you can see a funnel,” Jo Lindsay in an interview with WFMY News 2 last year. “You can see it enough to know it's there, which is pretty amazing!”

Although they were mesmerized with the shot, the couple knows their luck was better than others' that day.

“Our thoughts were with the people in the community and we know a lot of houses were damaged,” Matt shared. “We feel a lot worse for them because at the end of the day we were lucky.”

They say rain on a wedding day means good luck. Brittany says a tornado and a storm should truly mean happily ever after.