Brutus, the beloved primate, failed to recover from anesthesia after a medical examination the morning of November 19. 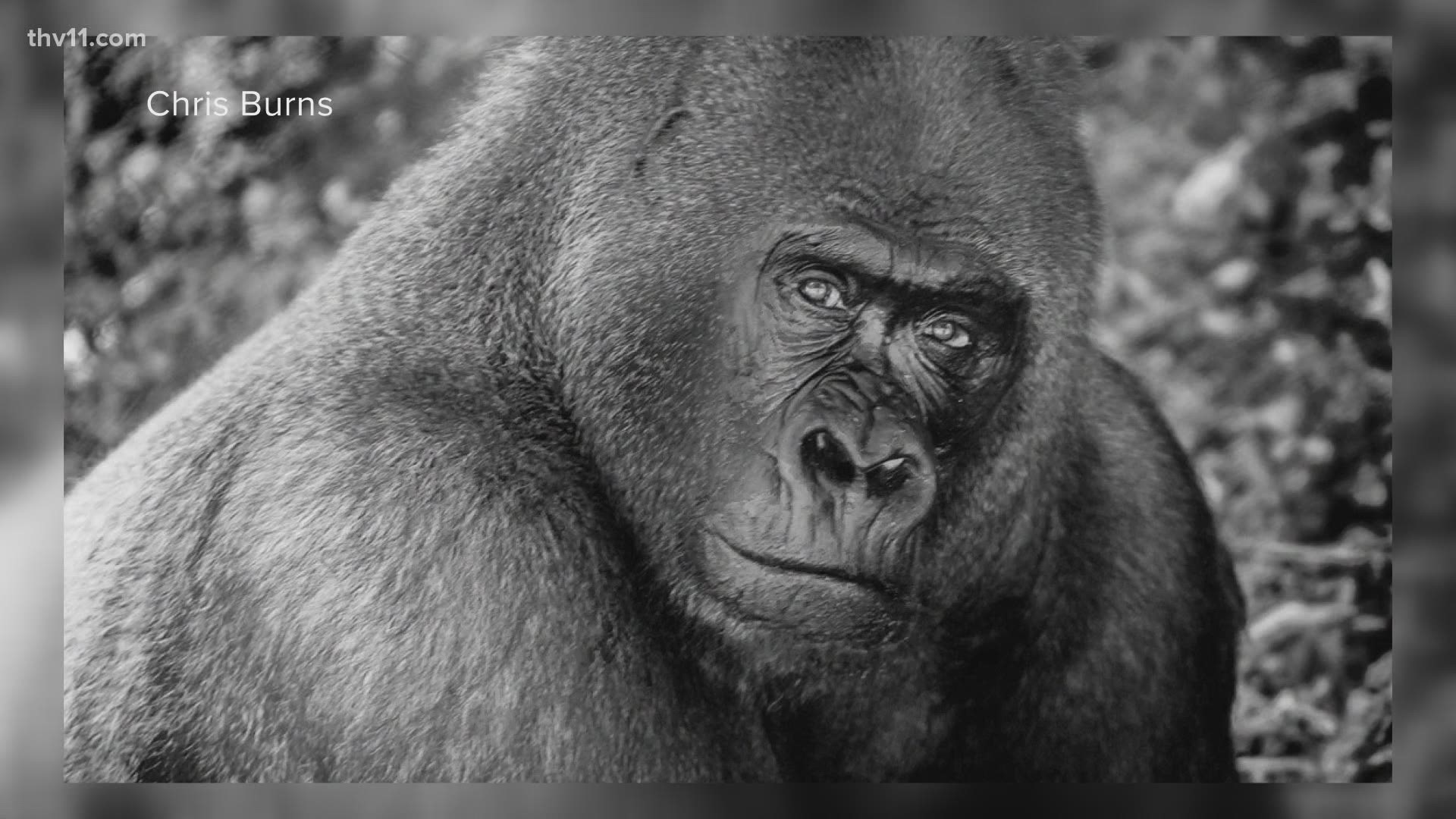 LITTLE ROCK, Ark. — According to the Little Rock Zoo, a treasured member of their Western Lowland gorilla group has died.

Brutus, the beloved primate, failed to recover from anesthesia after a medical examination the morning of November 19. Brutus was having gastrointestinal complications and after several months of treatment, his issues had not resolved.

The 42-year-old silverback had come to be known as one of the most engaging members of the Little Rock Zoo family, with a charming and sweet personality all his own.

A part of the Little Rock Zoo for thirty years, Brutus came from the Brownsville Zoo on November 26, 1990. Though born in the Los Angeles Zoo, Brutus called the Little Rock Zoo home for all of his adult life. At the time of his passing, Brutus shared an enclosure with Catherine gorilla, who came to be his companion during 2019.

Brutus was certainly a unique silverback. Because he was hand-raised, a practice no longer continued in the industry, he developed a love of people-watching and interaction with humans - both keepers and visitors alike. His personality seemed to resonate with all who took the moments to engage with this intriguing primate.

"I remember once when I was trying to bring Brutus inside for the night and he was not cooperating," keeper Catherine Tidwell said. "He was leaning in the doorway looking at what was for dinner. All the sudden, I heard a little girl shout out about his size. Brutus quickly took that as a cue and went to the middle of the grass, plopped down with feet out, and started to make silly faces. This is one of numerous times that Brutus would choose to show off to his adoring audience instead of coming inside. Food wasn't enough of an incentive; he could eat later. He needed to soak up his people before they left."

One of his former keepers said, the thing that made him unique was that he would look you directly in the eye.

"Generally, adult gorillas do not like direct eye contact as they consider that a form of aggression, but "he was a very eye-to-eye" type of guy," keeper Syd Tanner said.

Syd added that he would spend hours laying on his stomach on the grass where he could watch the public pass by.

"There are so many memories, stories and anecdotes to share about Brutus. He is a cherished member of the Little Rock Zoo family. To say that he will be missed and that his absence is felt is an understatement. We are glad to know he had a good home with us here," said Little Rock Zoo Director Susan Altrui.