"You have the opportunity to give them the absolute best possible days of their lives." 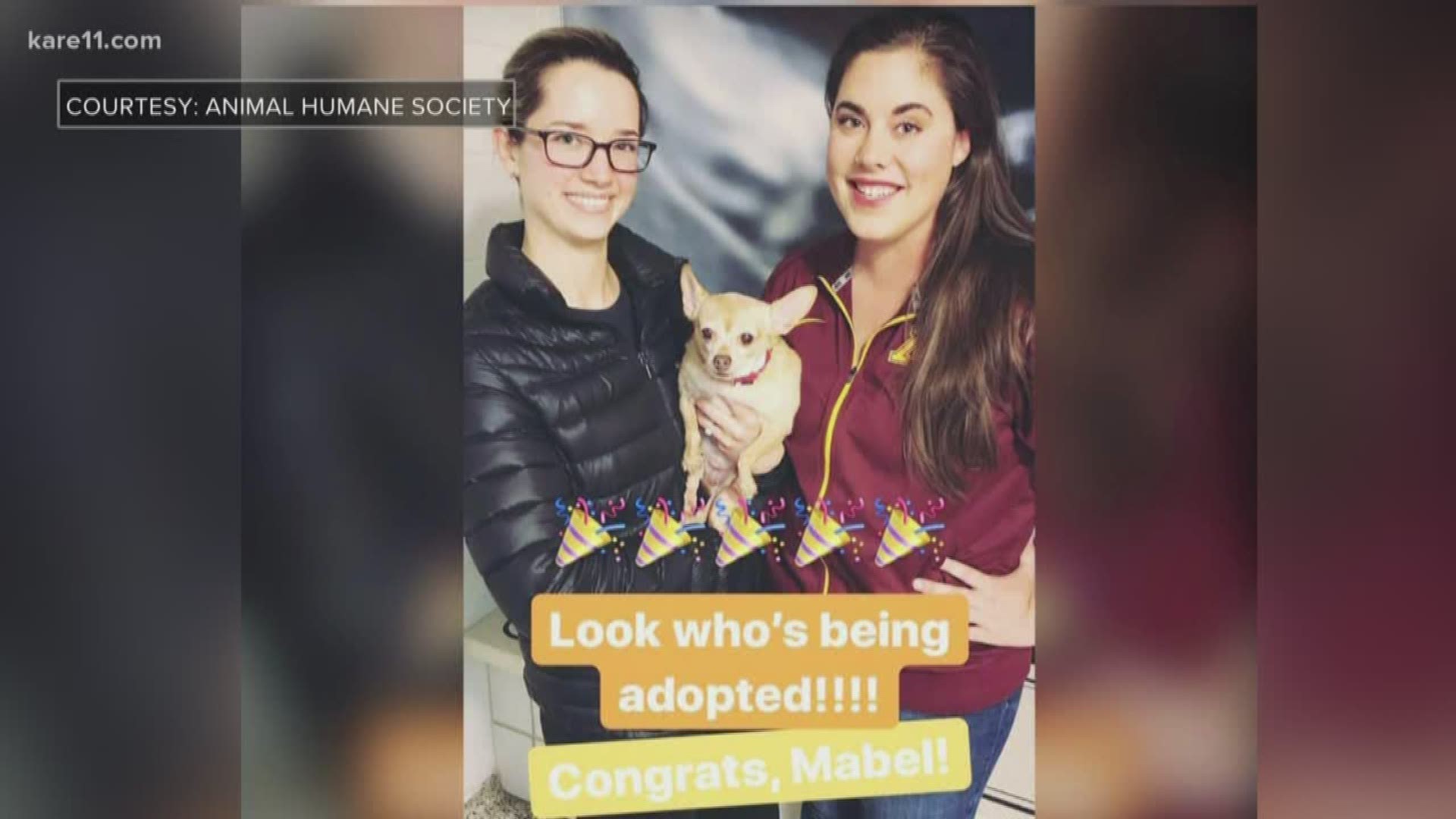 "We believe [she was] left at a vet. Her owner couldn't care for her ... [they] left her at the vet to get her to a better place," Kyllo-Kittleson said.

Mabel had been placed in the Animal Humane Society's hospice program, intended for animals which Humane Society veterinarians determine have less than a year left to live.

"You would have never known. She was wagging her tail and happy, coming up to the front of the kennel," said Kyllo-Kittleson. "I was like, 'This is our dog. No doubt in the world.'"

The Animal Humane Society started the program as a pilot in 2017, then expanded it to all their metro shelters.

"They're happy, healthy enough for adoption. We just know that the end outcome is going to come sooner than later," said Humane Society veterinarian Dr. Sara Lewis. "We're trying to find these animals homes. Most places would just euthanize them."

The program is a way for the Humane Society to highlight the terminally ill animals at the shelter, which might otherwise have a harder time getting adopted.

"It's a real nice program to be able to let them live in a home for however long they have left, but also be with people when it's time to go," said Dr. Lewis.

The Humane Society works with people who adopt hospice pets to understand their care and walk them through it.

It was a decision Kyllo-Kittleson and her friend didn't hesitate to make when they adopted Mabel.

"You have the opportunity to give them the absolute best possible days of their lives," Kyllo-Kittleson said.

For Mabel those days included snuggling with her owners, even a role as an honorary bridesmaid in Kyllo-Kittleson's friend's [and Mabel's co-owner's] wedding.

"She completely stole Steph's wedding," Kylo-Kittleson said. "[She] had a flower collar and walked down the aisle."

Credit: Michael Kylo-Kittleson
Mabel was an honorary bridesmaid in her owner's wedding.

Mabel died about a year and a half after she was adopted. Kyllo-Kittleson was by her side.

"It's the way I'd want to go out, with people who love me surrounding me. It's special to be able to do that," Kyllo-Kittleson said. "They're not finishing out their days in the shelter by themselves."

RELATED: Couple takes on elderly man's dog after he passes away in hospice