Love is in the air at NC Zoo | Could this be the year we get a baby polar bear?

Nikita and Anana are back together again for their fifth breeding season. 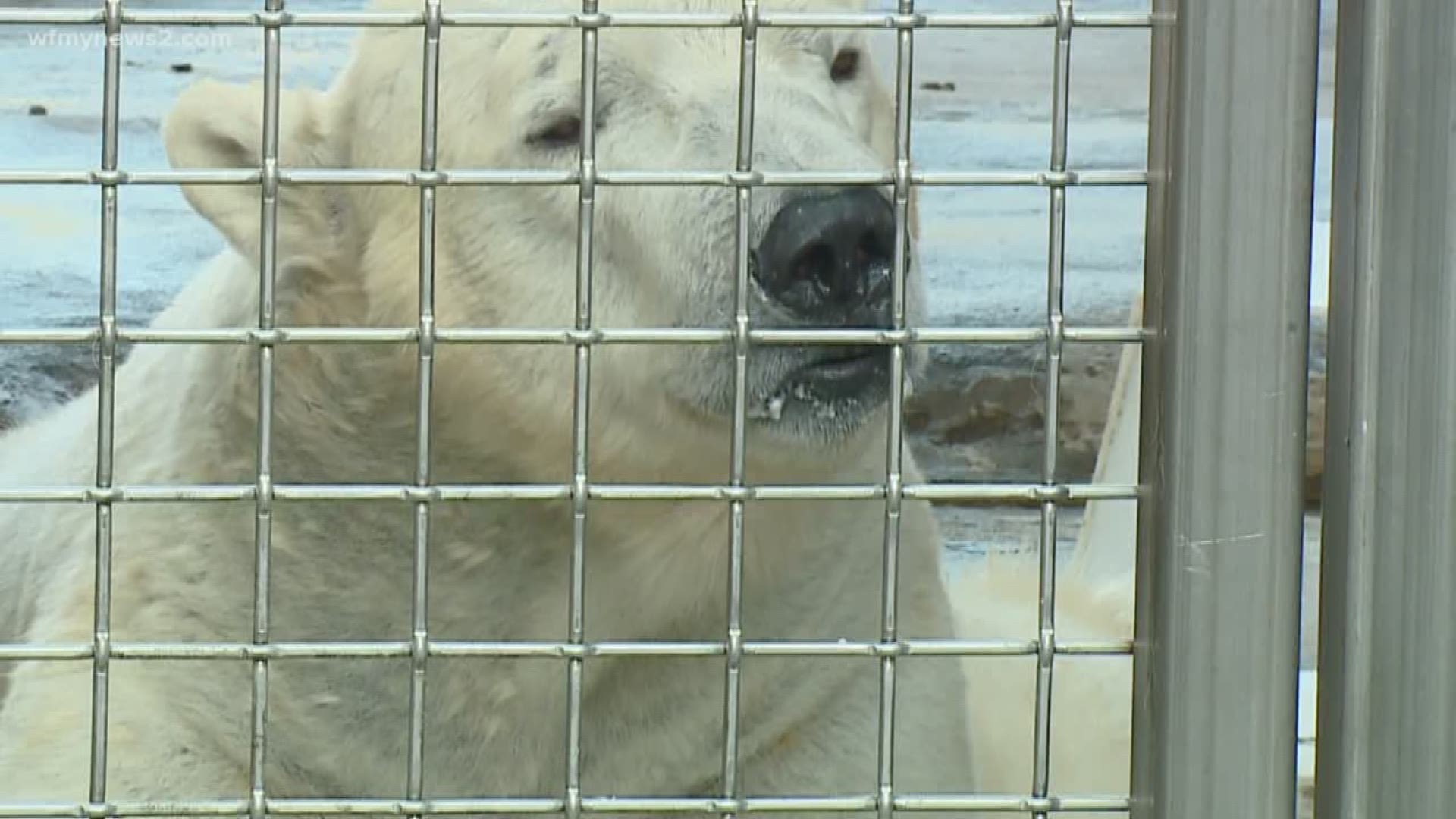 ASHEBORO, N.C. — It's Valentine's Day, and if there's one couple we can all root for this year, it's the polar bears at the North Carolina Zoo in Asheboro. Nikita and Anana have been paired for the last five years. The Zoo, and really all of the Triad, is hoping once again that they will bring a baby polar bear into the world.

Nikita is the male. He's 13 years old and weighs about 1,200 lbs. When standing on his hind legs, he's ten feet tall.

Anana is the female. She's 20 years old and weighs about 800 lbs. When standing on her hind legs, she's seven feet tall.

We asked the Zoo what's different about this year and just how high our hopes should be. Here's what they told us:

Q: Why does breeding season start and end when it does?

A: It's the call of nature! Polar bears decide when to breed, not us.

Q: Why is this time of year considered breeding season?

A: This is the only time of year the male and female polar bear spend time together, just like in the wild. Polar bears are solitary creatures except during several weeks through February and March, possibly into April.

Q: Will the polar bears spend more time where people can see them or will they be behind the scenes?

Q: What does breeding season look like from the Zoo visitor perspective?

A: Zoo guests can expect to see the polar bears more active in general and more active with each other! The two will be seen playing and frolicking together as well as vocalizing. If Zoo guests are lucky, they'll see them swimming together in our Arctic Waters habitat which has underground viewing. That's quite a sight!

Prepare yourself for this next answer. I found it particularly interesting.

Q: Is there any way to know early on if this breeding season will be successful?

A: We will have no idea if she is pregnant until she actually births a cub. There is no pregnancy test for polar bears. If she has a cub, it will be in November or December in a den, just like in the wild.

NC Zoo polar bears back together for fifth breeding season

RELATED: NC Zoo To Get Even Wilder! Asia, Australia In The Works With New Multi-Million Dollar Expansion

RELATED: You May Not Like The Cold, But The NC Zoo Polar Bears Are Loving It!