The North Carolina Zoo in Asheboro is welcoming a 1,000-pound male polar bear named Payton, hoping there will be a love connection with female Anana. 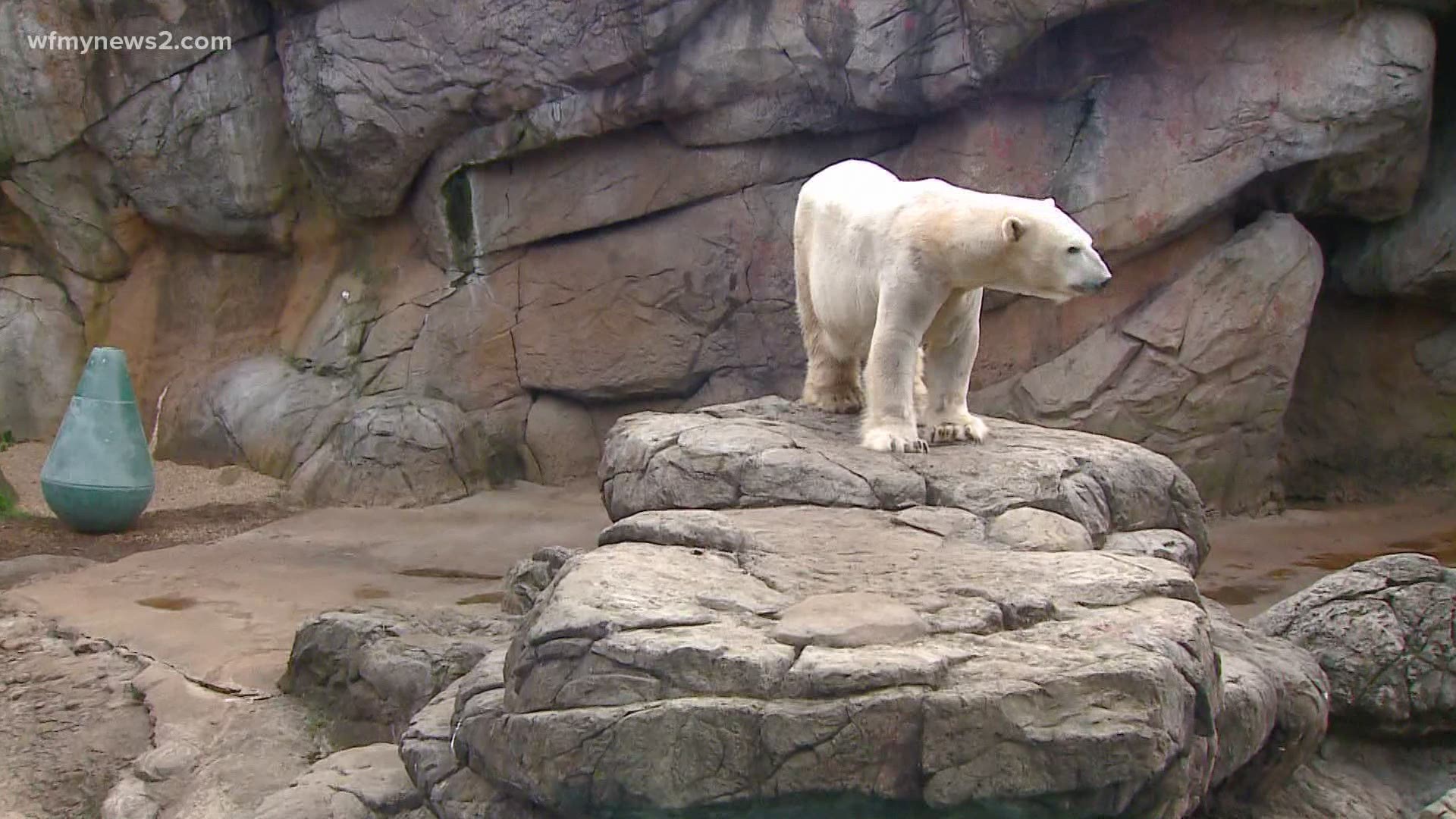 ASHEBORO, N.C. — The North Carolina Zoo is hoping for a love connection between its newest male polar bear and female Anana.

After Payton gets a clean bill of health, he will be introduced to 22-year-old Anana. He's scheduled to meet her right around Valentine's Day. The polar bear breeding season typically lasts from February to April.

Zoo officials said Payton is replacing 15-year-old Nikita, their male polar bear who arrived in 2016 but did not have a cub with Anana after five breeding seasons. Nikita will be moved to Utah's Hogle Zoo in Salt Lake City.

Payton is named after Walter Payton - the late running back for the Chicago Bears NFL team. The polar bear was born at the Brookfield Zoo in Chicago in 2003. He moved to the Memphis Zoo in 2006 as a mate for Haley, but they did not have a cub.

Payton's arrival at the NC Zoo also marks a reunion for him and zookeeper Karen Warda. She was one of Payton's keepers at the Memphis Zoo from 2009-2016.