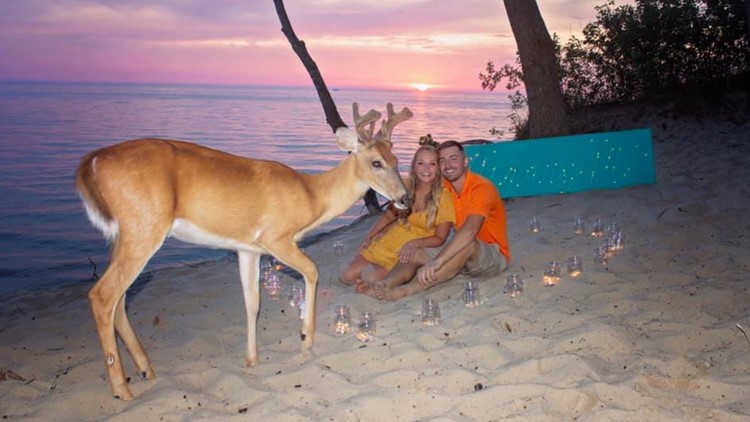 One deer in Saugatuck continues to capture the spotlight.

The deer first gained national attention when a video of it on the beach at Saugatuck State Dunes Park went viral on July 6. Then less than two weeks later on July 17, the deer photobombed a couple's engagement photos.

Colbie Wakeley and her fiance Jake Lee went to the beach where the proposal happened. In the midst of their life-changing moment, the deer showed up and crashed the engagement.

Wakeley said she was surprised, but they had run into the deer moments before they got the beach.

"I was actually petting him and he gave me a kiss," she said.

The friendly deer has been spotted around Saugatuck this summer, but the Department of National Resources advise people to refrain from feeding or approaching the deer because it is a wild animal.

The DNR is monitoring the situation, and said they will relocate the creature if it starts to exhibit aggressive behavior.