Park officials shared a photo of two Kemp's Ridley hatchlings that came from a recent nest excavation on Ocracoke Island. 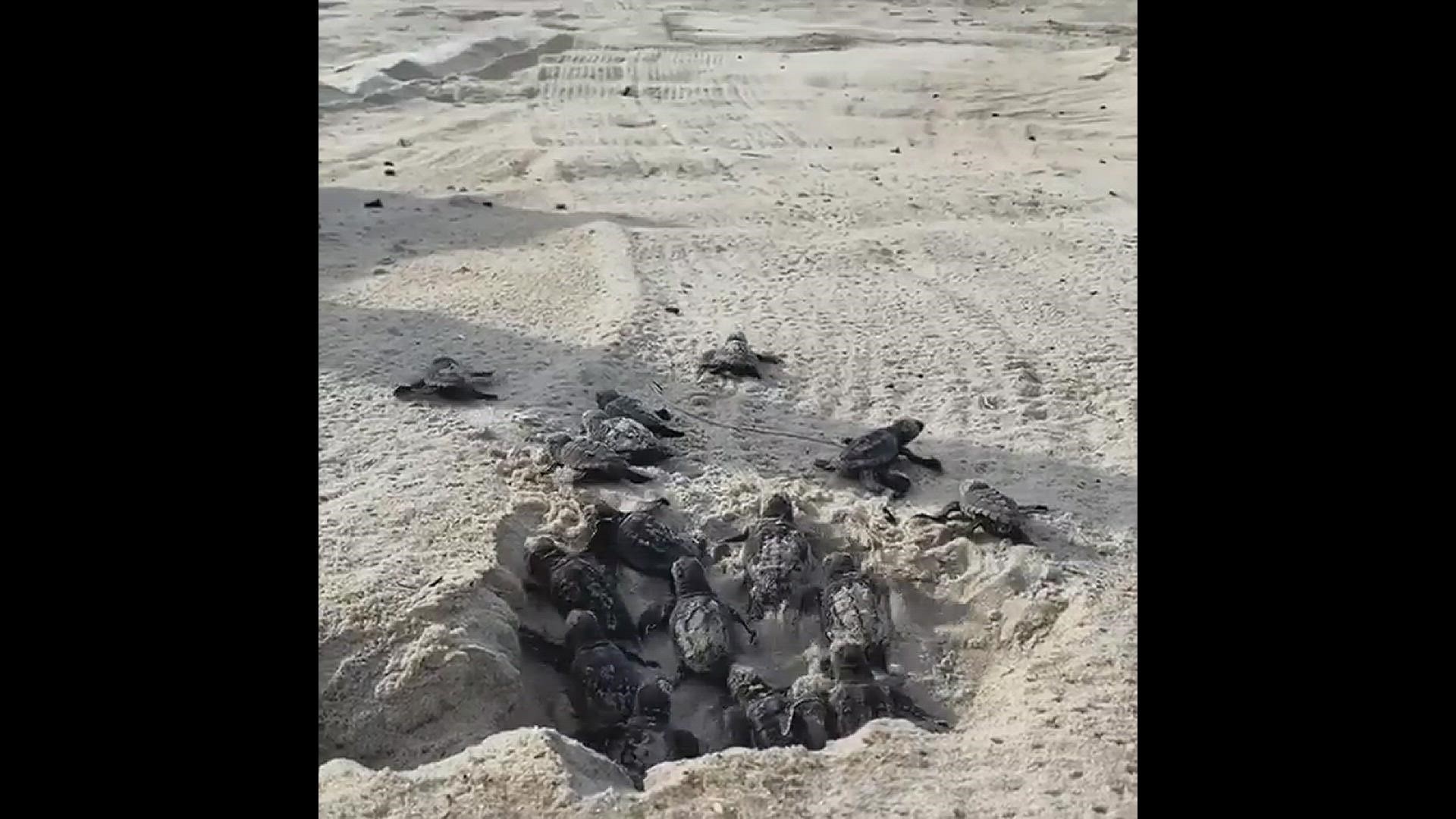 The world's rarest sea turtle has laid three nests on the Cape Hatteras National Seashore in North Carolina this season.

According to park officials, that nest had 120 total eggs. 81.6% of the eggs hatched and 78.3% of the hatchlings emerged on their own. They said these nests aren't commonly found in North Carolina.

The National Park Service (NPS) describes the Kemp's as small turtles with a circular to heart-shaped keeled top shell that is almost as wide as it is long.

These sea turtles are listed as endangered under the U.S. Federal Endangered Species Act. NPS estimates that there are 2,500 nesting females, but the male population count is unknown.