These rare flowers take seven to ten years to bloom. 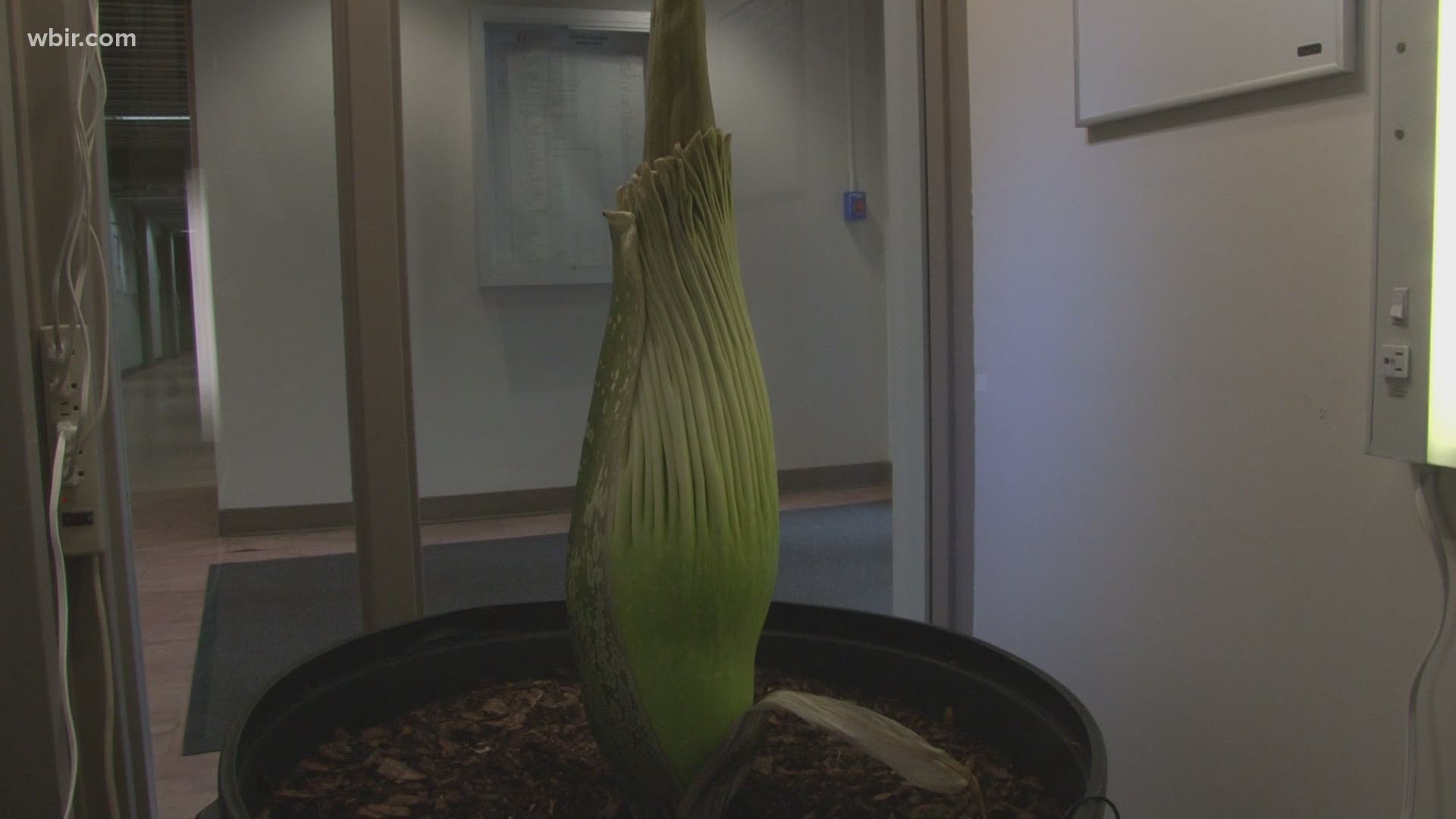 KNOXVILLE, Tenn. — Announced via Instagram post, The University of Tennessee's Biology Greenhouse shared that a rare flower is blooming and available for public viewing.

This is an exciting announcement for plant-lovers alike as there are many things that make the Titan Arum, better known as the "Corpse Flower," unique.

The flower, native to Indonesia rainforests, has a bloom that can grow to more than eight feet in height, making it one of the largest flowers in the world.

The plant takes between seven to ten years to bloom and the reblooming process can take up to an additional seven years.

The corpse flower at UTK was purchased in 1999, making it 22 years to the first bloom.

The greenhouse manager Jeff Martin said the flower is the "largest inflorescence of unbranched flowers," meaning there are little clusters of male and female flowers around the base, covered by the leaves on the side.

Non-biologists consider the the odor that the flower produces as its most unique characteristic.

Since the flower is not fully bloomed, it is not releasing odor, yet.

When bloomed, the smell of this flower is similar to rotting flesh, hence the nickname "Corpse Flower."

Fittingly, the "Corpse Flower" at UT has been named Rotty Top.

RELATED: Instagram-worthy sunflowers are blooming in South Knoxville! Here's what you need to know

Rotty Top is available for viewing on UT's campus from 7 a.m. to 7 p.m. at the Hesler Biology Building in Room 402.

Rotty Top is expected to reach full bloom by late this week or early next week.