Christie Johnson wanted to surprise her boyfriend, Jamel, for his 30th birthday in a special way. And what's better than a gift a day for 30 days?! 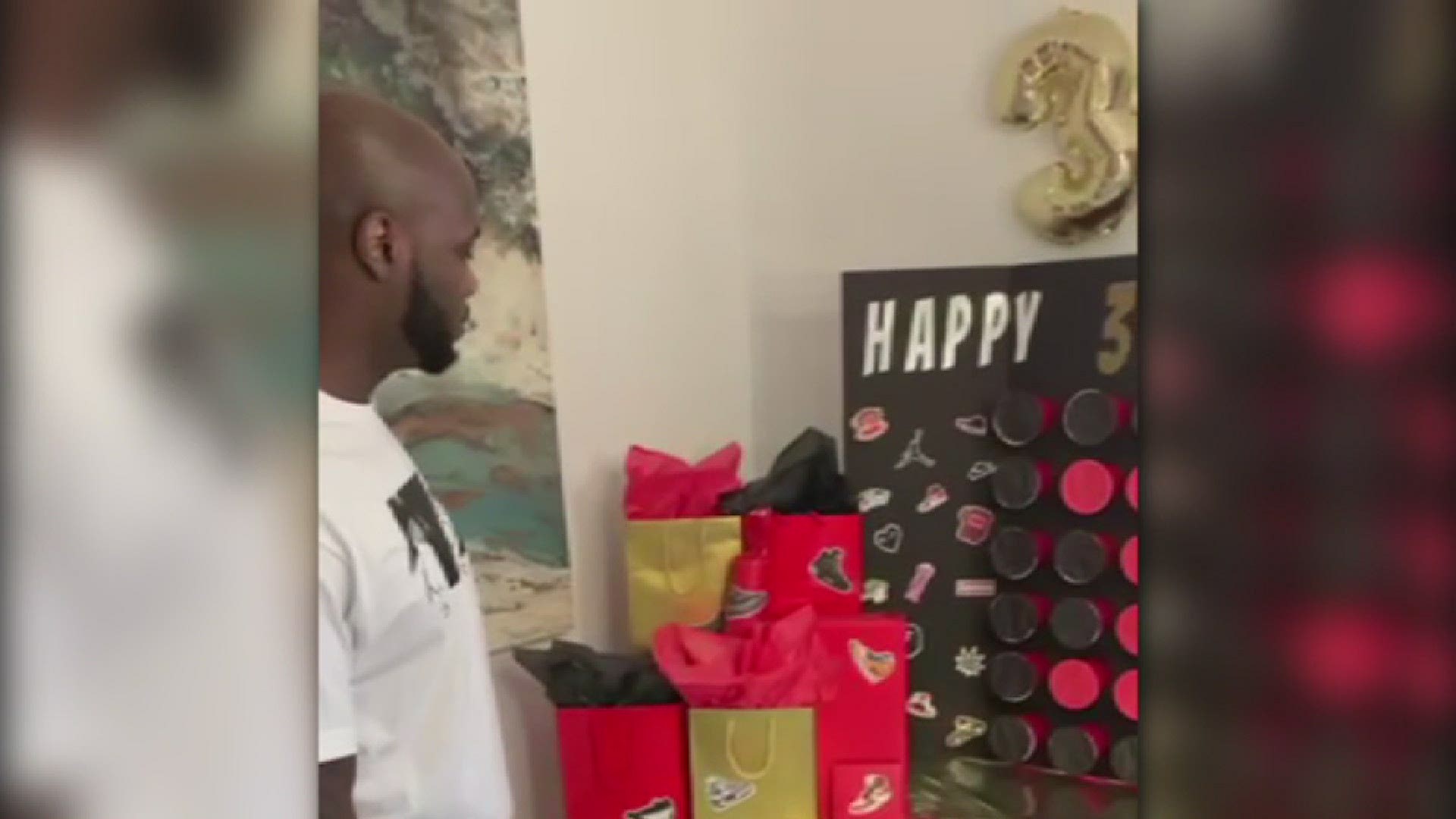 For his 30th birthday this year, his girlfriend Christie Johnson wanted to take him on a big trip, but of course, the COVID-19 pandemic got in the way.

That didn't stop her from doing something big anyway, which got a lot of hits on social media.

"Jamel is such a loving and generous person so I knew I wanted to do something above and beyond for him," she wrote. "I saw ideas on Pinterest and TikTok and decided I would do 30 gifts for 30 days until his 30th birthday."

She even explained to us how it works.

"He gets to pick any black cup he wants and the sneaker sticker in the cup matches a present that he gets to open," Johnson explained.

The last seven days leading up to his birthday are marked by red cups on the display and he has to open those in order.

Johnson said it took her a few months to order all the gifts since she wanted to make sure they were there on time. She said Jamel is a huge sneakerhead and so the gift concept is sneaker-themed.

Johnson and Jamel have their own TikTok and Twitter pages where videos of the idea garnered a lot of attention.

You can follow along on her TikTok page as Jamel opens his gifts each day.

Christie says she never thought the idea would blow up online.

"We never expected the videos to get this much attention. We are so appreciative for everyone’s love and support!"